For director Francois Ozon, Frantz is a romance with important things to say about politics today 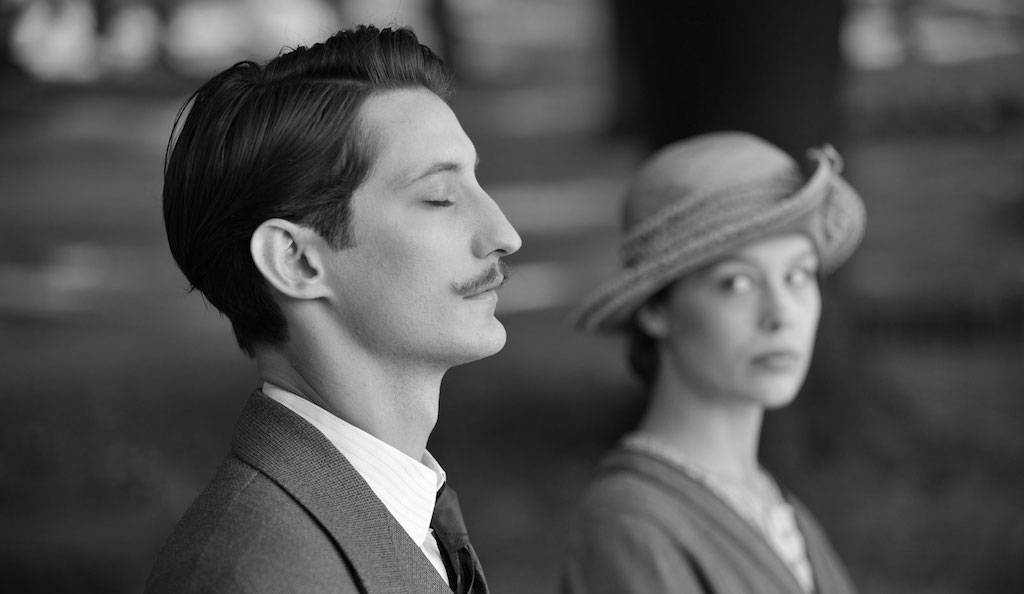 Interview with Francois Ozon, director of Frantz
Frantz is a film about a very big lie.

Set mostly in Germany during the aftermath of the First World War, the film centres on the elderly Hoffmeisters and their daughter-in-law Anna. The man who still binds them together is Frantz, a handsome young conscript killed in combat. When Anna spies a stranger grieving at Frantz’ grave, the man introduces himself as Adrien, an old friend of her dead husband’s.

This wouldn’t be a problem if Adrien wasn’t French. Frantz wasn’t the only young man from her village to die in the trenches, and the collective mourning is tinged with a sense of hostility towards implicated foreigners. Beer halls and inns are full of bereaved parents, channelling their guilt into fury. And then the lie is exposed.

The nature of the lie – who tells it, who believes it, who discovers it – is revealed fairly early on, but its implications are teased out for the rest of the film’s running length. There’s also a nagging sense throughout that other information is being withheld, from the characters and the audience. It’s an atmosphere that makes Frantz’s story as ambiguous as its monochrome cinematography is stark and simple.

Francois Ozon wouldn’t have it any other way. The prolific French director has made a career from telling stories about lies – or ‘fictions’, as he calls them with typical slyness. In person, he embodies something a hair’s breadth to the left of Gallic insouciance; it’s more a kind of spiritual resistance to self-revelation. As with his new film, he gives the sense that there are things being left unsaid, even as he purports to open himself up.

But what did you expect?

I suppose you’ve been asked a lot about the French election results today?

It’s a big relief. We now have a lot of work, but thanks to Brexit and to Trump I think it was helpful for the French to see what happens around the world – it helped them to not make a bad choice. So now I think we’re in a good direction because Macron is very European.

It was very surprising because all the French were very pessimistic. Of course, he wants to change Europe, we know that Europe is not okay and there are many things to change. But he is deeply European.

And did that pessimistic atmosphere feed into the direction of Frantz in any way? Was that a consideration when you were making a film that was about nationalism?

Of course! When I decided to make this movie, I didn’t know that Brexit would happen or Trump would be elected, but I saw the nationalism in France. Le Pen was there for a very long time, and it was her father before her. When I began to develop this story I didn’t realise at first the context was so important, and that there were so many connections with today, but step by step I realised that I could speak about today through this old story.

I think the success of Frantz in France comes from that. The young people were touched and realised the past can learn many things about the present. It can be helpful to not repeat the mistakes. It was important to make a European movie at a time everybody was saying bad things about Europe. 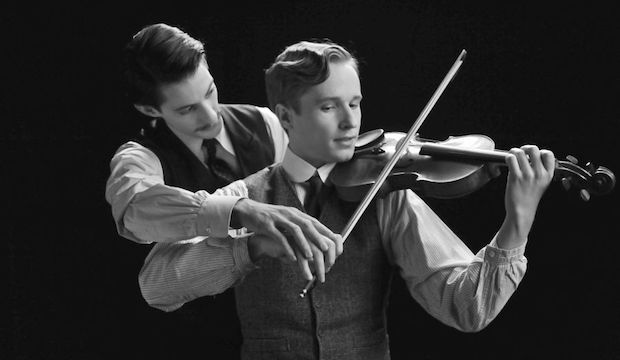 The film feels very modern, in the sense that you’re tying it in to these contemporary themes. You’ve filmed it in black and white but it doesn’t feel like a pastiche.

I didn’t want to make a pastiche at all. I decided to make the film black and white two weeks before the beginning of the shooting. It was supposed to be in colour, but doing research on the period I saw so many black and white archival pictures of the First World War I felt it would be more realistic to show this story that way. I thought it would involve the audience more in the story – you don’t imagine that world in colour.

Were there any particular directors that have worked mostly in black and white that informed your use of it?

What about older films? You’ve mentioned All Quiet on the Western Front.

Yes. I didn’t know this film before, but I discovered during my research and really enjoyed it. I thought the film was very strong, and there are many connections to some scenes in my film. 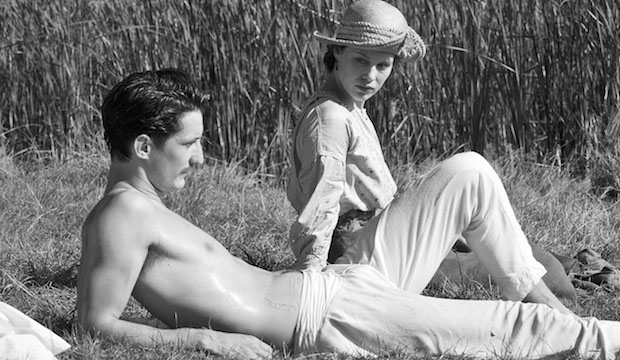 It’s quite emotionally heightened. Do you feel that you make emotional films?

I wanted to move the audience, because I was moved by this story. I thought it was very touching, the journey of this young girl trying to survive. And she suffers a lot, she goes through very difficult moments. I wanted to be with her and to share her emotions.

You never know if you’ll make people cry or not. Some people are sensitive… you never know. But many young girls cried watching this film. Some young guys too.

Some people say that the difference between Frantz and Broken Lullaby [the original adaption of the play on which Frantz is based] is that maybe you’re more interested in the character of Anna?

You said you’re interested in lies. Does Frantz link back to your earlier films on this theme?

I think we need fictions, and you can see lies as a form of fiction. That's what happened with the family in Frantz; you know they're in front of this young French man and he is telling a story – and we want to believe him. He tells them what they want to hear, and that is a kind of metaphor for my work as a director. As an audience-member you want to go to the cinema, you want to identify with the character, and you want to identify with the story. And during the two hours, you believe what you see. So I think that the way you speak about lies is the way you speak about fiction. 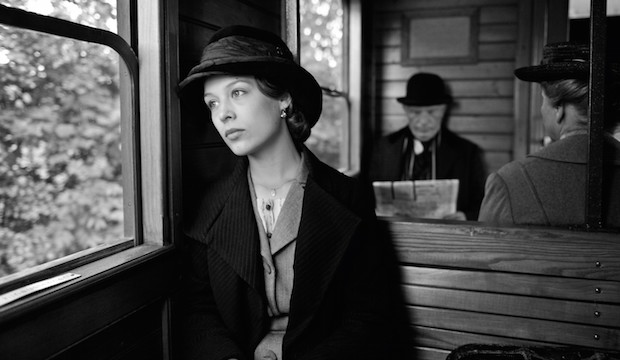 Is that an idea that crops up at all in your new film (L’Amant Double) showing at Cannes?

It’s about being in need of having a double life, so yes maybe there are some links between the two.

But not consciously, not deliberately?

I’m conscious of nothing!

Joyce Carol Oates [who wrote the book on which L’Amant Double is based] is an incredibly prolific writer, and many would say that you’re prolific too. Why do you think that is?

It’s my rhythm. I enjoy making movies! I have a lot of friends that are directors who suffer a lot when they make movies. Of course, I’m suffering too because it’s art. It’s our job. But there is a lot of pleasure – it’s very exciting, very challenging.

And the other thing is I don’t have a problem with inspiration. There are many stories around me. So if I had the freedom to make five films a year, I would do that. I would’ve been very happy in Hollywood during the ‘40s or ‘50s, making lots of different movies – musicals, mysteries, comedies, thrillers…

Do you think you’ll ever slow down?