As immersion and interaction grow to be a vital part of contemporary theatre-making, this new virtual reality performance takes us to the frontier of audience involvement. Presented in co-production with the National Theatre's Immersive Storytelling Studio and the National Film Board of Canada, Draw Me Close combines this pioneering technology with the emotional effect of a play.

The story revolves around memory, love and loss. Canadian filmmaker and playwright Jordan Tannahill presents the narrative as an intimate memoir. After donning a headset you become the character of Jordan, experiencing the events firsthand. The Young Vic's smaller Maria performance space is a crude, hand-drawn house that is built around you. 'Go on, open the door', you are told. As you reach into the cartoon, you feel for a handle and step inside. Teva Harrison's illustrations create Jordan's childhood home, while reflecting the sketchy nature of memory. 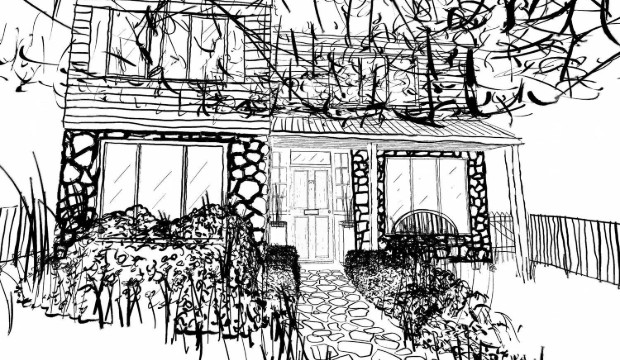 First you are Jordan at five years old. Your mother comes home. She is another drawing in the house made of lines. But when she reached out to hug you, there is a real woman who feels warm and smells like clean laundry. It is just you and the actor, interacting in the physical and animated spheres. The intimacy is astonishing. Being tucked up in bed while your mother makes soup downstairs feels like a true regression.

Time moves in snippets, showing moments that signal you growing up and leaving home. Then you're back, age 25, sitting opposite your mother, who has some bad news. Instead of the empathy usually felt when watching a play, you are struck by a tangible, personal sense of loss.

Unlike most immersive shows, Draw Me Close is a private experience. Audience members are admitted one at a time in a series of one hour time slots, running from 10:45am to 8:45pm each day. As such, the tickets are always singles and only available to book individually.

The buzz of innovation, a super short run and single person capacity of the show means that Draw Me Close is set to be a total sellout. But we have a feeling this show has further to go... watch this space for a transfer or extended run.