English National Ballet’s new programme, She Persisted, packs a powerful emotional punch with highlights including an homage to Frida Kahlo

She Persisted is English National Ballet’s (ENB) celebration of female choreographers past and present, following on from the company’s first all-female programme, She Said in 2016.

It is even stronger.

She Persisted starts with Broken Wings, choreographer Annabelle Lopez Ochoa’s homage to the Mexican painter Frida Kahlo. Tweaked since its premiere in She Said, Broken Wings portrays the key events in Frida’s short life (1907-1954) and surrounds them with vivid images from her paintings – androgynous figures in bright full skirts, wild animals – inspired by Mexico’s colourful folklore.

Two key events marked Frida Kahlo’s life: at 18-years-old she suffered a devastating accident that led to the eventual amputation of her leg, and left her in permanent excruciating pain; and she fell in love with the painter Diego Rivera, then Mexico’s most famous artist, a roué bon vivant and womaniser.

It was a tempestuous love match; and in Broken Wings it's subsumed in an extended pas de deux between Frida, danced by the remarkable ENB soloist Katja Khaniukova and Irek Mukhamedov.

As performed by Khaniukova and Mukhamedov, always a profoundly expressive dance actor, this pas de deux is up there with the most affecting in the entire ballet canon. Danced to a poignant Mexican folk song La Llorona, it encapsulates the full gamut of emotions that went into that relationship: love, abandon, sex, jealousy, break up and reconciliation, to the point where you feel your heart might explode.

It is to the credit of the young choreographer Stina Quagebeur that her ballet Nora, which followed, more than stood its ground against Lopez Ochoa’s extraordinary work. 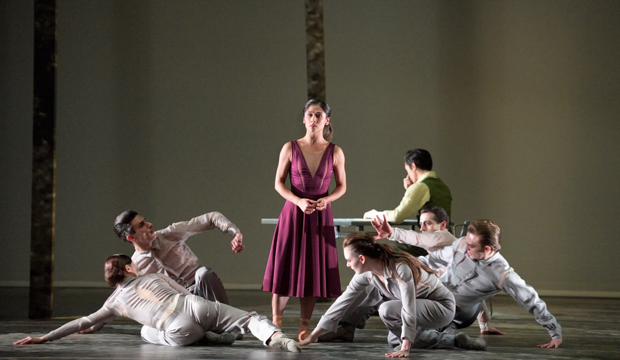 For her first major choreographic commission, ENB dancer Stina Quagebeur found inspiration in Ibsen’s A Dolls House. She divested the play of most of its extraneous elements to concentrate on the central character, Nora, a woman stifled by society’s strictures and her husband’s determination to treat her like a child.

In a nutshell, Nora (Crystal Costa) forged her father’s signature to get a loan; when her creditor Krogstad (Junor Sousa) reveals the deception to her stunned husband (Jeffrey Cirio), Nora leaves home.

We first meet Nora surrounded by five grey-clad figures, described in the programme as Voices. They can be read as the voices inside Nora's head, as well society's pressures. In a prelude to the main action, they whisper things like 'you’re a child, Nora' and 'I must borrow money.'

The bulk of the ballet is danced to Philip Glass’s Tirol Concerto for Piano and Orchestra; and Quagebeur takes her cue from the music, creating elegant, fluid and fluent dance that shines in the two pas de deux between Nora and Torvald: at first, Nora is childish, playful, the wife Torvald expects her to be; after the fateful revelation she becomes her own woman, and the choreography acquires a darker urgency.

Louie Whitemore’s design (and it should noted that the entire production team is female) consists of three asymmetric arches which frame Nora’s home and slowly come apart as she walks out, leaving us to wonder whether patriarchy has finally suffered a breach.

Note to ENB: we’d like to see a lot more choreographic work from Stina Quagebeur.

She Persisted ends with the late Pina Bausch’s primal Le Sacre du Printemps (Rite of Spring), created in 1975 to Stravinsky’s compelling and terrifying score. Stravinsky's Sacre was dictated by the violent eruption of Russian Spring and the millennial pagan rites associated with it. 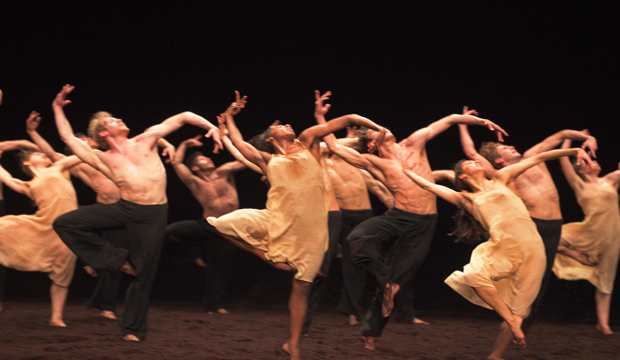 Bausch sets her work on dark, fertile soil; a sense of foreboding is present from the very first notes of the score. The women, in the flimsiest pale shifts, know one of them will fall victim to the required sacrifice to ensure fertility; the men burst in all masculine power and savagery.

Francesca Velicu reprised the role of The Chosen One, the sacrificial victim. There was almost unbearable poignancy in her all too young and vulnerable looks under the red shift that denoted her fate; her ever more frenzied dancing was mesmerising and heart-breaking in equal measure.

Finally, a word of praise for the ENB Philharmonic, in fine form under Gavin Sutherland’s baton.

ENB’s She Persisted is a must-see, probably THE high point of the current season in both concept and realisation. Bravi all! 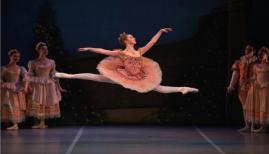