Dramaturg Lou Cope has made effective adaptations and amendments to the classic tale that will hold the interest of both children and parents. Sister Fairies Lilac and Carabosse are depicted as childhood rivals, who meet again at the royal party for Aurora’s 16th birthday. Aurora pricks her finger on a rose, not a needle; and rather sweetly, Aurora is awoken by love’s first hug rather than a kiss.

Narrator Sebastian Charles is an engaging performer and well chosen as the storyteller, pouring a great deal of energy into the role. He has a warm but commanding voice, perching on the edge of the stage to deliver his commentary and taking centre stage to entertain the audience with an array of magic tricks during scene changes.

The students from English National Ballet School perform confidently. There are a few initially nervous faces but they soon relax into their roles. Antonio Castilla’s choreography is challenging with multiple pirouettes and piqué turns to be completed cleanly by the women (en pointe), and turning jetés and jumps for the men.

There are also well staged ensemble moments for royal partygoers and townspeople to the most familiar parts of Tchaikovsky’s score.

Evelina Andersson is light and joyful, just as any Princess Aurora should be. Her dancing is neat and compact, and she performs her solos and pas de deux with equal composure. Adults and children may especially enjoy the scene in which Aurora is instructed to pick a partner for life from three handsome suitors. Aurora shows marked lack of interest, and when asked to make a choice, the response articulated by the Narrator is 'Oh, I don’t know. They all seem nice. I must go to the bathroom to freshen up.' It’s an admirable deflection that gets a laugh from all.

Alexia Norris’ Lilac Fairy is danced with clarity and stage presence. She exudes the calm, kindly nature of her character and brings impressive order to the the chaos created by Phoebe Schrembi’s moody Carabosse.

Act Two sees the action move to a forest, where we meet Prince Désiré (an assured and technically secure Eric Snyder) and his friends, including the two Bluebirds and Red Riding Hood. Together they get up to mischievous antics to the crowd’s relish. The mime and gestures seen earlier on are repeated here, and this enhances the audience’s understanding of the plot.

The Prince and Aurora are finally united and a lavish wedding ceremony is arranged. As Andersson and Snyder tackle the very tricky fish dives, they are initially tentative, but soon gain confidence, making for a spectacular finale. 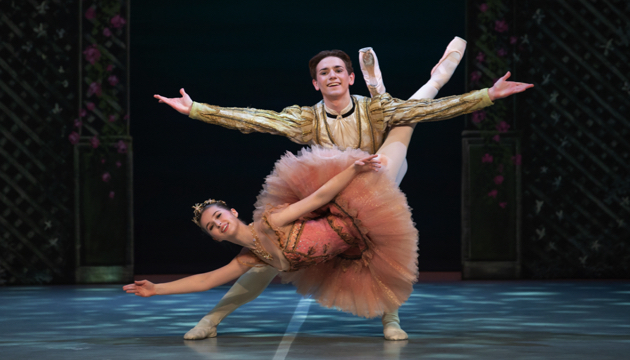 ENB My First Ballet, Sleeping Beauty, Eric Snyder as Prince Désiré, Evelina Andersson as Aurora, photo be ASH
ENB’s costume department keeps designs simple and close to the grown up equivalent production. The colourful tutus of the Bluebird, Lilac Fairy and Aurora’s friends are opulent, a glittery delight in pinks, purples and blues, and no doubt appealing to young eyes.

There’s something very satisfying about the lack of filler in the My First Ballet… series: scenes are brief and to the point, making the show an appealing Easter treat for its target demographic. Alongside the quality of dance and characterisation from English National Ballet School students, this Sleeping Beauty offers an enchanting first taste of ballet for both children and their parents.

Age Guidance: recommended for ages 3+
Family Tickets available
My First Ballet: Sleeping Beauty will be at Richmond Theatre 18 & 19 May 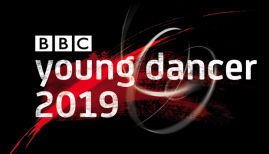 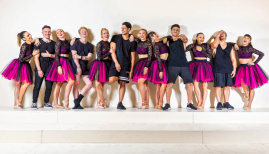