The King of Hell's Palace, Hampstead Theatre The King of Hell's Palace, Hampstead Theatre Isabelle Stuart
Roxanna Silbert will start her role as artistic director of the Hampstead theatre with a bang, ushering in, among others, award-winning playwright Frances Ya-Chu Cowhig’s explosive new play The King of Hell’s Palace, which treats China’s little-known AIDs crisis of the 1990s. The Western Aids crisis has inspired drama from Tony Kushner’s landmark Angels in America to the Oscar winning Dallas Buyer’s Club; Ya-Chu Cowhig’s play sets out to explore the crisis from an entirely different cultural and political perspective.

The half-Asian playwright was inspired by the story of a woman she met in Beijing in her teens. This woman worked in a plasma bank and was among the first to realise that the booming blood trade was in reality infecting thousands of rural Chinese with Hepatitis and Aids. At the time, crowds of blood traders known as ‘blood heads’ had descended on provinces like Henan, where the play is set, to extract blood plasma from impoverished farmers desperately in need of the cash it could provide. But corner-cutting traders often did not sterilise instruments, and routinely pooled blood before returning it to the donors, providing the perfect conditions for the spread of blood-borne diseases.

The play is largely based on real events and presents itself as a thriller, following the movements of the young Ministry of Health official who tries to alert the country to the dangers of the hugely profitable new industry.

The crisis is something the nation is still feeling the aftereffects of, with a huge spike in Aids-related deaths in the early 2010s, as a result of those infected as a result of the 1990s blood trade developing full-blown Aids.

The scandal received its first mainstream cultural treatment only in 2011, in the film Love for Life, as the disease remains hugely stigmatised in China and the plasma collecting scandal generally a taboo subject among the Chinese government. Ya-Chu Cowhig’s play seeks to reinterpret the heart-rending story for the stage.

The play’s run at the Hampstead Theatre is directed by veteran Michael Boyd, former director of the RSC, who has received no less than four Olivier awards and a knighthood for his services to drama. It is set to be a gripping, poignant and important piece of new writing, treating a neglected period of recent Chinese history with tact and humanity.

Booking now open for The King of Hell's Palace and the rest of the Autumn season at the Hampstead Theatre. 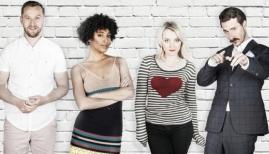 Games for Lovers, The Vaults 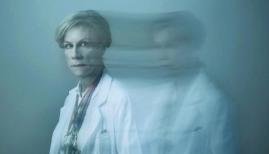 From screen to stage: films being made into theatre shows
Sign up to CW’s newsletter
By entering my email I agree to the CultureWhisper Privacy Policy (we won`t share data & you can unsubscribe anytime).