Award-winning playwright Winsome Pinnock provides poignancy and fury in her epic on slavery, legacy and representation

In contemporary London, esteemed actress Lou has made it big in America. She’s come back to film what she thinks is a searing indictment of JMW Turner and the slave trade. Haunted by Turner’s painting The Slave Ship, Lou can’t escape the unresolved history of her people. When she discovers the film’s script has been irrevocably changed, Lou questions the morals of everyone around her.

Meanwhile, we follow bedraggled painter Turner as he cons his way onto the Glory, a merchant ship, so he can get up close and personal to his muse, the sea. He meets Thomas, a Black British sailor desperate to join this voyage against his wife Lucy’s wishes. Lucy believes this journey will end in disaster as the ship is cursed; only a few years ago the Glory was used a slave ship. 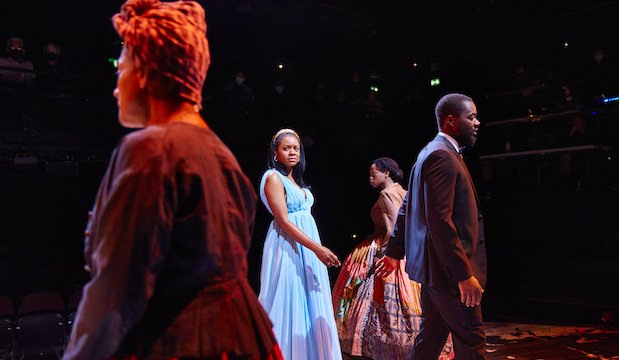 The contemporary and historical are expertly entwined by Pinnock, illuminating how the past indelibly tattoos the present, particularly when it comes to the history of Black British people. However, the show is not a conventional historical drama, but a critique of how Black people are represented in art across the ages, and who gets to create that art.

A dynamic, multi-roling ensemble is supported by Olivier award-winning director Miranda Cromwell, who imbues the production with tenderness and humour. She adds a lightness of touch, especially when it comes to the agonising subject matter. A long-standing collaborator of Cromwell, composer and multi-instrumentalist Femi Temowo accompanies the cast using guitar, drums and keyboards, creating potent ear-worms that stay with you long after the actors have taken their bows.

Set designer Laura Hopkins is a quiet star of the show, expertly using water to extraordinary effect as it slowly seeps across the stage till it engulfs the floor entirely in the final heart-rending yet undeniably rousing scene. 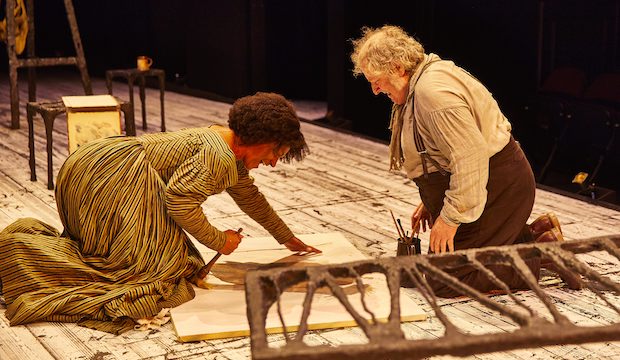 Throughout the piece, Pinnock doggedly questions who gets to write history, and which perspectives are left to drown. As a descendant of enslaved people on both sides, this is a particularly personal and moving play from Pinnock. She was the first Black British woman to have a show produced at the National, with her play Leave Taking in 1988. Nearly 30 years later, she is one of the only Black women to have been programmed there.

Originally the show was to be staged at the Royal Exchange Theatre in Manchester, a former 19th-century trade exchange with trading prices still visible on the walls. Three previews in, the show was sadly cancelled in March 2020 due to the pandemic. Luckily it is now getting its moment to shine bright at the NT.

Crucially, the show exists so audiences can bear witness to the unrelenting hope, survival, and resistance of the human spirit. 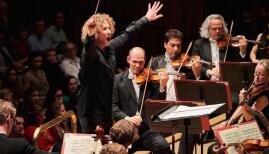