6 CW readers are interested
The Tragedy of Macbeth, Almeida Theatre review 4 The Tragedy of Macbeth, Almeida Theatre review Holly CW
The Almeida’s The Tragedy of Macbeth has been one of the most anticipated productions of the year – sending ripples of excitement far beyond the theatre crowd. This is largely down to the cast: the show marks the UK stage debut of Hollywood darling Saoirse Ronan (Ladybird, Little Women), who’s united on stage with her Mary Queen of Scots co-star James McArdle (Mare of Easttown, Angels in America) as the two slip into the ruthlessly ambitious skins of the Macbeths. But just as exciting, for those in the know, is the creative team helmed by celebrated South African director Yaël Farber (Blood Wedding, Les Blancs).

Calling the play by its rarely used full title The Tragedy of Macbeth is not the only notable extension here. In true Farber fashion, the story is luxuriated over, with moments ebbed away from the written text for a better chance to sink into their emotions. As a result, the run time is unusually lengthy – over three hours – and that’s with some cuts, including to the porter scene, which ordinarily offers some light relief. 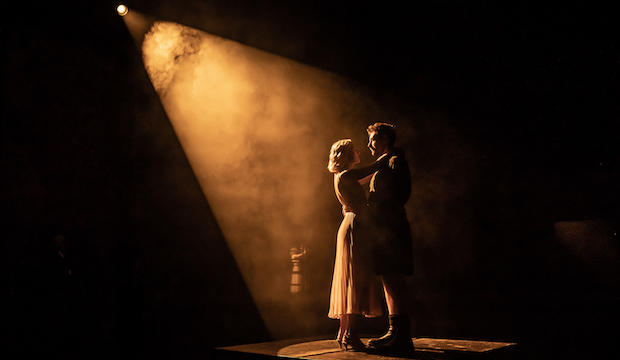 Macbeth reunites Farber with designer Soutra Gilmore (Les Blancs, Knives in Hens) and together the pair engulf their audience in a production that’s elemental, visceral and ritualistic. It spans multiple eras and roams across the world, with Joanna Scotcher’s costumes a carousel of contemporary suits, kilts, ballgowns and bullet-proof vests. It's timeless, with battle scenes explored through a gruesome smörgåsbord of shootings, knife fights, drownings and a ritualistic ceremony involving a ram's skull and a blood bath.

The production hangs suspended in Tim Lutkin’s low lighting, with its fiery oranges and ghostly blues later materialising as the stage floods with water and a fire pit is lit above its glassy surface.

This swamping of the stage is at its most effective when Ronan’s Lady Macbeth collapses defeated, her reflection mirrored elegantly and eerily beneath her. It works less well in the fight scene between Macbeth and Macduff, when the scuffle sends sprays of water over a front row of audience members cowering under coats and programmes. For those at a safe distance, it makes a wickedly funny spectacle, but ultimately distracts from the all-important battle taking place on stage. 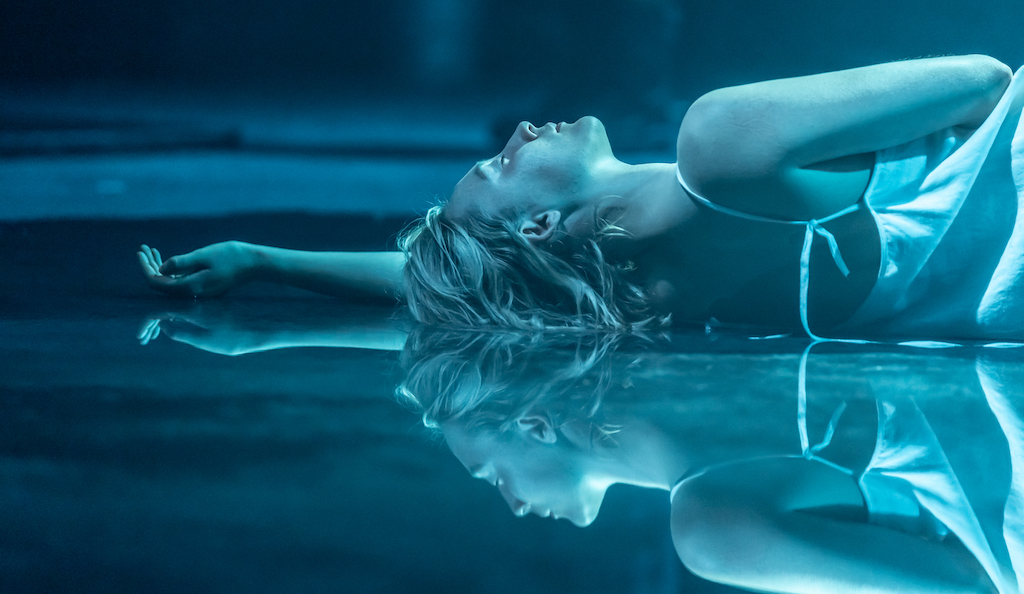 More effective than the flooding is the use of transparent panes of glass, which are wheeled around to create active and passive portions of the stage. On one side, the scripted drama unfolds, such as the Macbeths plotting to kill an already wheelchair-ridden Duncan (a dignified William Gaunt), while on the other, the events of the castle – in this case the welcome feast hosted by the Macbeths – continue silently but in full view. This same technique allows us to watch Lady Macbeth cry crocodile tears in her husband’s arms while secretly watching Malcolm reveal his plans to flee to England.

Farber presents the Macbeths as insecure social climbers lacking leadership skills and as a result, Ronan and McArdle’s performances seem a little hesitant initially, taking time to warm up. Ronan is an uptight, naive and brittle Lady Macbeth. From her first scene, where she appears businesslike in a smart, cream playsuit (which, in a later scene, remains miraculously white despite her blood-soaked hands), there’s a sense she’s spent the war fantasising about ascending in status. 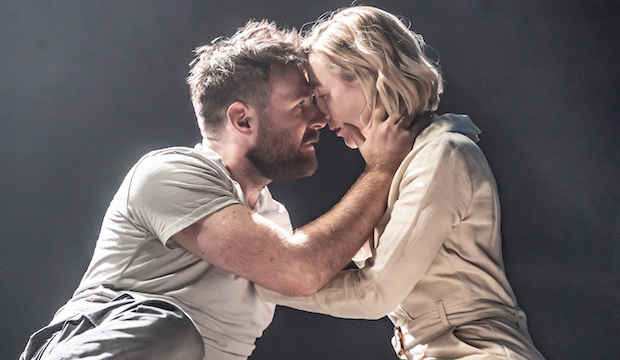 McArdle’s is a dumb Macbeth, uncomfortable with the eloquence and emotional depths of those around him. His one-liners in response to impassioned speeches from Lady Macduff (an earth mother-channelling Akiya Henry) and the Doctor (Gareth Kennerley) bestow a rare humour on the character as well as heightening his lack of empathy.

The couple’s shameless, cringe-worthy need for validation is most vivid in a farcical take on the banquet scene, which on press night plays to raucous laughs as Ronan, mic in hand, addresses the audience directly and tries desperately not to lose our faith while McArdle blurts out incoherences or writhes on the ground. 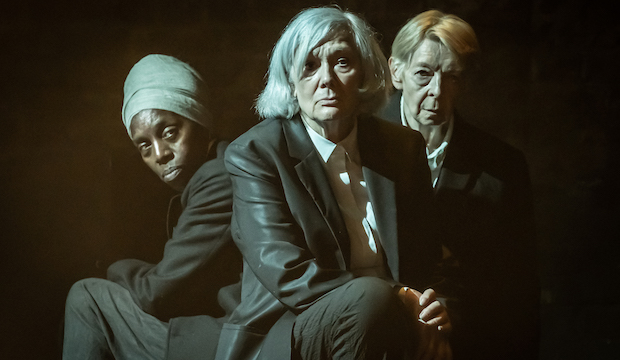 Ross Anderson delivers an understated but captivating performance as Banquo, while Emun Elliot, mouth frothing violently, seems to become MacDuff’s despair on learning of the death of his family – a particularly harrowing depiction of the murder with stabbings, a drowning and the ear-piercing screams of the children.

Not all characterisations work. The decision to style the witches, or wyrd sisters as they’re called here, as a gaggle of corporate, stiff-jawed women who wouldn’t look out of place in a Tory cabinet is bizarre, though having them linger at the back of the stage as their prophecy unfolds is fitting. More jarring is having the production’s cellist double up as Lady Macbeth’s gentlewoman. Burke is clearly a talented musician but she's not an actor and her flat line delivery betrays this.

Still, there’s much more to applaud than attack in Farber’s highly atmospheric take on The Tragedy of Macbeth and yes, it’s earned its lengthy run time.