4 CW readers are interested
Hamlet, Young Vic Theatre review 4 Hamlet, Young Vic Theatre review Lucy Brooks
If director Greg Hersov had his way, he’d stage a Hamlet with ‘all the words’ in the lengthy Second Quarto and First Folio versions of Shakespeare’s longest play. It would be a site-specific production, luring audiences right into the ruthless realms of Elsinore, and would last eight hours, running from 2pm to 10pm. For now, Hersov has had to work within the confines of the Young Vic Theatre and a run time of 3hrs 15mins to deliver a (still notably lengthy) version of the tragedy.

In the titular role – and credited by Hersov as his creative collaborator – is tour de force Cush Jumbo, who’s widely known for portraying Lucca Quinn in hit sitcom The Good Wife and spin-off series The Good Fight, but has previously shone on stage as Mark Antony in the Donmar's 2012 all-female Julius Ceaser as well as in Hersov’s As You Like it and Pygmalion in Manchester.

Together, the two deliver a relatively traditional Hamlet, albeit styled for the present day, that lingers in scenes to allow both minor and major relationships to be fully fleshed out and Hamlet’s bitter anguish to be justified. 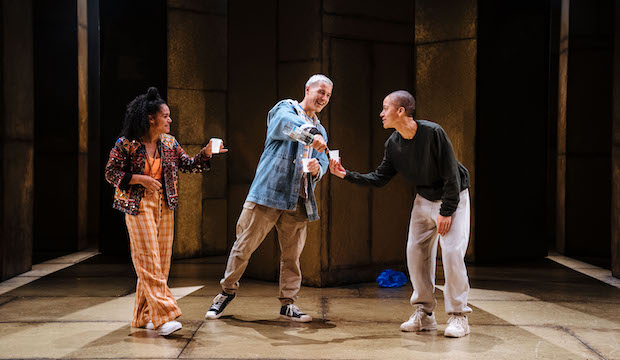 Hersov and designer Anna Fleischle (Death of a Salesman, Olivier-nominated Love & Money) present a court of Elsinore where the older generation clash with their younger counterparts, both in style and attitude. The contemporaries of Gertrude and Claudius are suited, booted and corporately mannered, while those of Hamlet saunter on and off stage casually in trendy street style, headphones around their neck (Ophelia) and taking the odd selfie as they go (Rosencrantz and Guildenstern). This generational disconnect filters down to behaviours too, with Hersov drawing out Gertrude and Polonius’s inability to empathise with the emotions of their children, lending Hamlet’s quip ‘these tedious old fools!’ particular resonance.

Fleischle’s set is dominated by rectangular, rotating pillars, the facades of which appear like impenetrable concrete at first before shifting substance to become brassy, gold-hued mirrors as the castle’s secrets are gradually revealed. A mention must go to Aideen Malone’s lighting and Nina Dunn’s video design, which fuse magically through these pillars to conjure the apparition of Hamlet’s father in ghostly wisps of smoke. 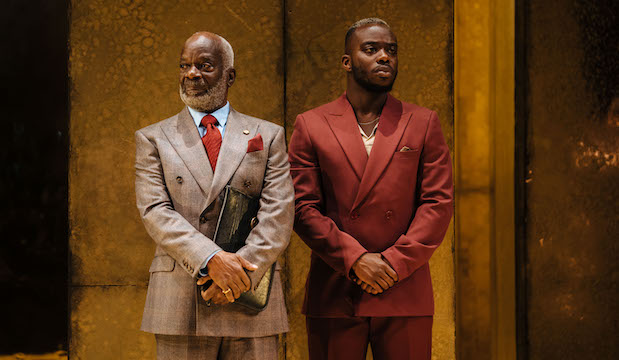 Jumbo’s performance is the wings of the production (and the only gender-blind bit of casting in an otherwise traditional take on the story). She seems to luxuriate in the rhythm of the text as if it’s bottled up within her and we witness her evolve visibly from a traumatised, moping prince in act one to a guarded, scheming, hyper-observant loose cannon by the end.

Hersov allows relationships – even minor ones – to flourish on stage. As a result, we witness a fierce friendship between Hamlet and Horatio (a show-stealingly funny Jonathan Livingstone). Similarly, through an inspired scene in which Ophelia (a brave, gritty performance from Norah Lopez Holden) imagines dancing to a sultry Latin number with the Danish prince, we glimpse a historic closeness between the pair that makes her subsequent heartbroken madness all the more piercing. We even believe in Hamlet’s affections for the dead court jester Yorick, as he fondles his skull during a heart-to-heart with the gravedigger (a happy-go-lucky, Bob Marley-singing Leo Wringer). 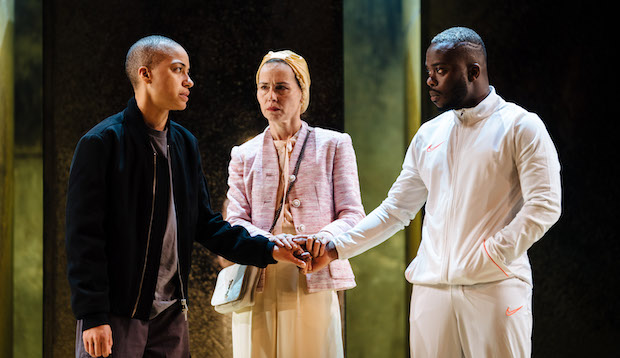 The battle between Hamlet and Laertes (a brooding Jonathan Ajayi) – carried out with traditional daggers despite the guards’ use of machine guns in the opening scene – deserves a special mention as an exceptional piece of stage fighting choreographed by Kev McCurdy.

The Young Vic has taken pioneering leaps to make its theatre more accessible to audiences, now streaming all of its shows online. However, this particular Hamlet seems an odd choice for the theatre in its present state. It’s certainly not an entry-level production (like Ola Ince’s brilliantly accessible Romeo & Juliet at Shakespeare’s Globe), and will more likely delight seasoned Thesps and the greying crowds at the RSC than a younger generation used to consuming content in the form of three-minute TikTok videos. Does it risk alienating them? Perhaps. It could certainly do with trimming down.

That said, there is a beauty to be found in peeling back the layers of the story’s relationships, as there is in watching Jumbo soar on stage. 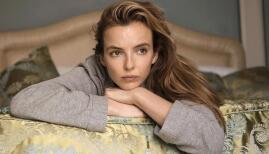