Kae Tempest’s Paradise, showing at the National Theatre under the direction of Ian Rickson, lends contemporary relevance to the Greek myth of Philoctetes

Paradise, National Theatre review 4 Paradise, National Theatre review Lucy Brooks
Kae Tempest has long been fascinated by Greek mythology. The performance poet, lyricist and playwright won the Ted Hughes award for their groundbreaking medley of poetry, rap and classical myth, Brand New Ancients, which they performed at venues across the UK in 2013/14. Now, the Mercury-nominated wordsmith, who has identified as non-binary since August 2020, has turned their attention to Sophocles’ story of stranded warrior Philoctetes, writing but not performing in an all-female, gender-blind version of the tale, Paradise. The resulting tour de force is showing at the National’s Olivier Theatre under the direction of Ian Rickson, who has been a mentor to Tempest for several years.

One of the Greek tragedian’s lesser-known plays, the story of Philoctetes charts the return journey of the warrior Odysseus to an island where, 10 years earlier, he abandoned fellow soldier Philoctetes on their way to Troy. Now in the company of Neoptolemus, a reluctant young soldier who is the son of Achilles, Odysseus is hell-bent on following a prophecy deeming he must trick the older, wounded Philoctetes into leaving the island with them, in order to win the war. 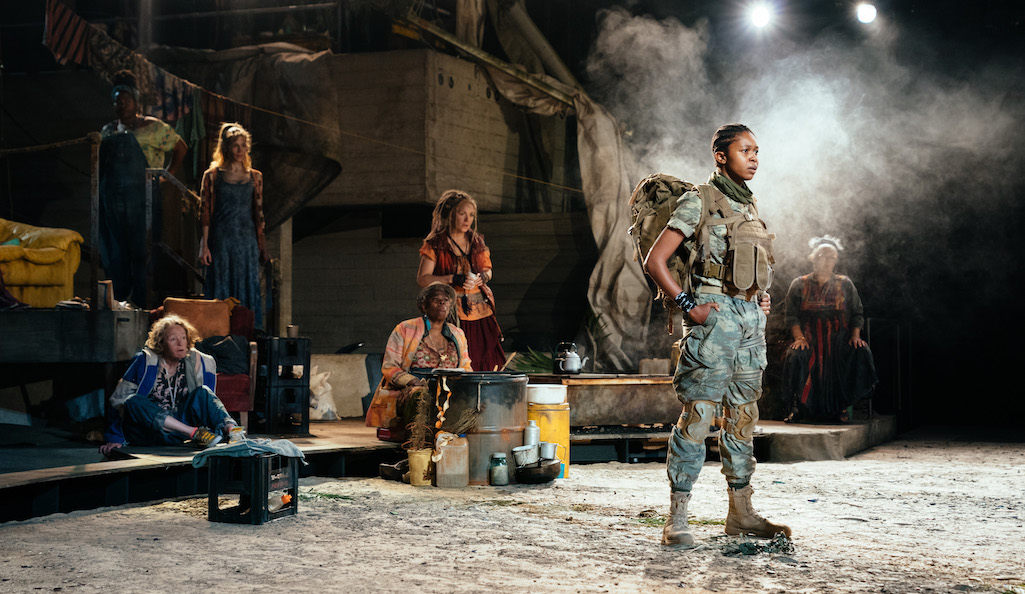 Gloria Obianyo and chorus in Paradise at the National Theatre. Photo: Helen Murray

Tempest and Rickson’s production is largely timeless and placeless. A traveller community of displaced refugees become the chorus of the show, commenting upon the action, revealing the chief characters’ inner thoughts and singing occasional prayer-like songs a cappella. In one poignant passage, the eagle-eyed gaggle speaks of the horrors experienced by women in war – violations often unreported in conflicts past and present.

The action plays out on Rae Smith’s dusty, circular stage, to one side of which the travellers belongings are strewn – cooking pots, a dirty sofa, a tent and hanging washing – and to the other, stands a raised platform acting as Philoctetes’ cave.

The production is fuelled by a delicious script, which melds contemporary themes – such as the desire to own a flatscreen TV and suspicions of the links between Western medicines and cancer – with the magic of raw storytelling.

Part of Tempest’s genius as a writer is their ability to break down the meaning of phrases and words, scrutinising them in a verbal Petri dish for the benefit of their readers and viewers. Here, their script is satirical and serious in equal measure. Misremembered idioms form the basis of early laughs, and we’re reminded that Philoctetes lives in ‘a fucking cave’ and will struggle to write a CV on returning home after eight years of eating squirrels. Tempest’s Philoctetes, portrayed by the brilliantly versatile Lesley Sharp (A Taste of Honey, The End of History…), reels off anecdotes about the Greek gods as if they were a bunch of local geezers and refers to Hercules's treasured bow as ‘a good bit of kit’. 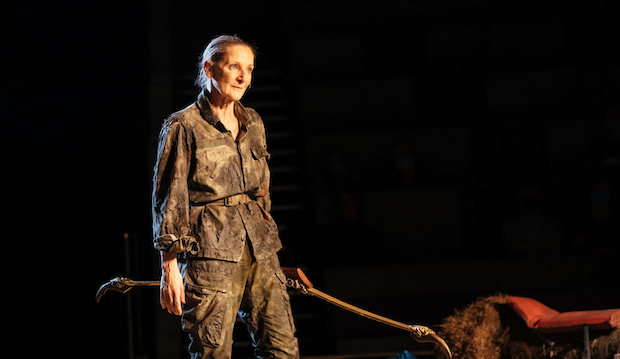 At other times, the text is political and profoundly emotive. In one especially lyrical speech, Sharp’s Philoctetes speaks of the country acting as a cradle for tyranny and breeding genocide under a different name – ideas so relatable to the world today it makes the auditorium sit up and earns spontaneous applause.

Sharp delivers a portfolio performance as Philoctetes, deftly carrying the warrior through a wealth of emotional and physical states, from humorous wheeler-dealer to desperate, wretched captive. Playing opposite is Gloria Obianyo, who lends Neoptolemus an earnest innocence that's easy to sympathise with, despite the soldier’s darker deeds.

Paradise is a smidgen too long, with the action sandwiched between unnecessary scenes at beginning and end dedicated to the exploring the individual characters of the chorus. But this is minor detail.

Through an emotive script that marries an ancient Greek myth with contemporary concerns, Tempest presents a story of deceit, persuasion, pride and loyalty that is age-old yet relevant to today’s society. 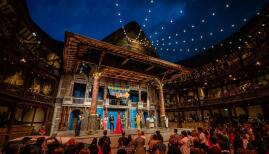 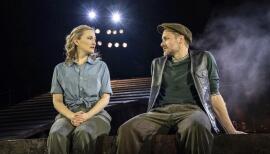