5 CW readers are interested
Carousel, Regent's Park Open Air Theatre review 3 Carousel, Regent's Park Open Air Theatre review Lucy Brooks
With its themes of domestic violence and purgatory, Carousel is a great deal darker than other titles in Rodgers and Hammerstein's sweeping repertoire, which begins in the cowboy farmyards of Oklahoma! (1943) and ends in the mountains of Austria with The Sound of Music (1959). The 1945 musical has been revived this summer in the hands of theatrical power duo, artistic director Timothy Sheader and Olivier-winning choreographer Drew McOnie (known for their 2016 Jesus Christ Superstar), who deliver an unflashy production in which individual performances and a 15-piece band shine, and domestic violence is held, albeit shakily, to account.

Based on Ferenc Molnár's 1909 play Liliom, Carousel tells the story of mill worker Julie Jordan, who falls in love with carnival barker and local rogue Billy Bigelow. When Julie falls pregnant, Billy takes a risk to provide for his new family – with devastating consequences. Offered a chance to right his wrongs, but with little time to learn his lesson, Billy repeats the same mistakes. Yet, a message of community powered by the well-known song You’ll Never Walk Alone ensures the story ends on a relatively positive note. 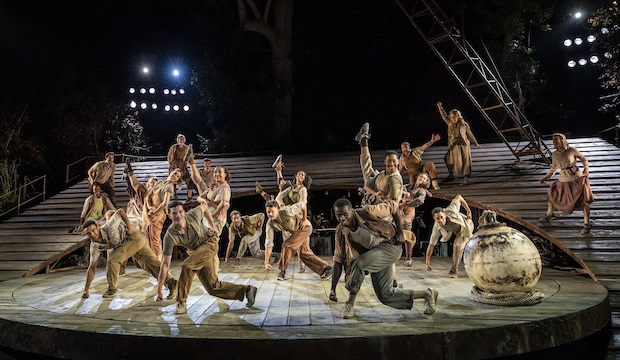 Shifting the action from the northeast coast of the US to the north of England, Sheader and McOnie's production is delivered on designer Tom Scutt’s unembellished set, with a rotating wooden centrepiece and slanted wooden sides forming the stomping ground of the cast. Save for some shipping containers, a buoy-cum-moon and a tangle of fishing nets cast humbly into the shadows, the stage remains bare for most of the production, with props (fairground memorabilia, buggies and fishing buckets) patrolled on and off in the palms of the cast. In the second act, a set of carousel poles are added to form a prison-like structure around Billy, but by and large, this Carousel requires heavy lifting from the imagination.

Music and dance are key components of any musical, but they very much carry the story here. Compliments must be paid to the 15-piece band, who master Rodgers’ varied score that pinballs from jazz and folk to the more traditional musical numbers for which the show is known (If I Loved You and June is Bustin’ Out All Over among them). 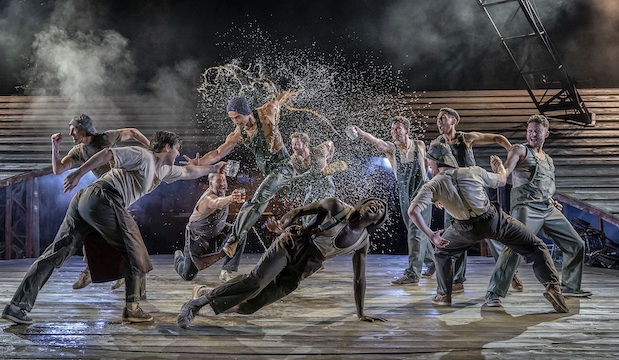 Whole sequences of the story are explored through dance, such as McOnie’s spectacularly choreographed drunken sailor beer fight. As per the direction of Agnes de Mille’s original, groundbreaking choreography, characters’ inner emotions are dramatised as they showcase their physical skill. This comes to the fore most impressively when we meet Billy’s troubled daughter Louise, portrayed by a writhing, feisty Natasha May-Thomas.

The story is brought to life by a large ensemble of performers – numbers which have proved vital given that, on press night, three cast members were away isolating. 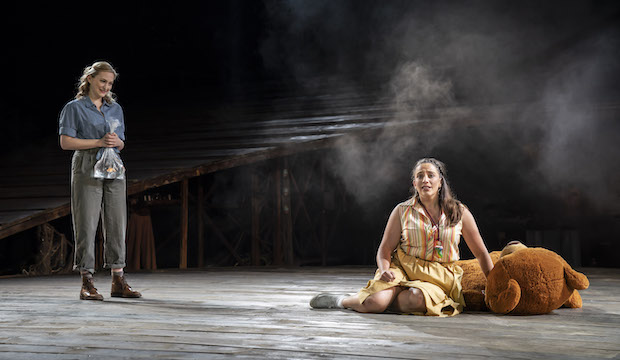 Declan Bennett (Jesus Christ Superstar) is unnerving and explosive as the volatile Billy Bigelow. While Carly Bawden (Romantics Anonymous) portrays a brooding Julie Jordan lost in her own thoughts. Joanna Riding (Follies) delivers a notable performance as Nettie Fowler, wearing her passion and hopes for the community in her face during her leading numbers. But all must rise for Welsh star Christina Modestou (The Boy in the Dress, Six), who carries the show’s small slice of humour in the role of Carrie Pipperidge and sings note-perfect renditions of the especially challenging Mister Snow and When the Children Are Asleep.

The production hits some bumps in the second act, where a lacklustre Mr and Mrs God scene leads into a bizarrely anticlimactic denouement in which Billy’s final words to his wife and daughter have been cut. Sheader’s ambition to avoid sweeping under the rug the play’s troubling message of easy redemption for domestic abusers is a worthy one, but in cutting, rather than replacing, the story’s resolve, this Carousel grinds to a halt without offering an impactful alternative conclusion. 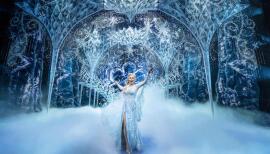 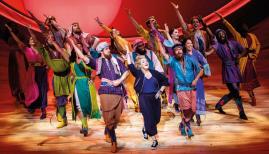 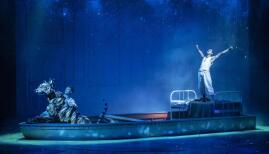