4 CW readers are interested
Jesus Christ Superstar, Barbican 2019 Jesus Christ Superstar, Barbican 2019 Lucy Brooks
Jesus Christ Superstar started its life as a double record album and originally toured as a concert rather than a musical, a heritage which can be felt in the ambiguously rock-concert atmosphere of Timothy Shearder’s production. The stripped-back show originated three years ago at the Regent’s Park Open Air Theatre, where it won an Olivier Award and sold out two runs. Its transfer to the Barbican this year for a limited run (ahead of a US tour) has not lost the power and punch of a definitive production.

Sheader sets a modern scene at the centre of which is a skinny, indie-rock Jesus, played by Robert Tripolino in a baggy hoodie and hi-tops, sipping coolly on a beer as his disciples throng around him. Ricardo Alfonso, who plays Judas, has a hard act to follow given the Olivier nominated performance of Tyrone Huntley during the initial run, but he wisely finds his own interpretation of the role. Observably older than Tripolino’s quasi-adolescent Jesus, he is the disenchanted grown-up lurking at the periphery of the energetically lunging chorus. 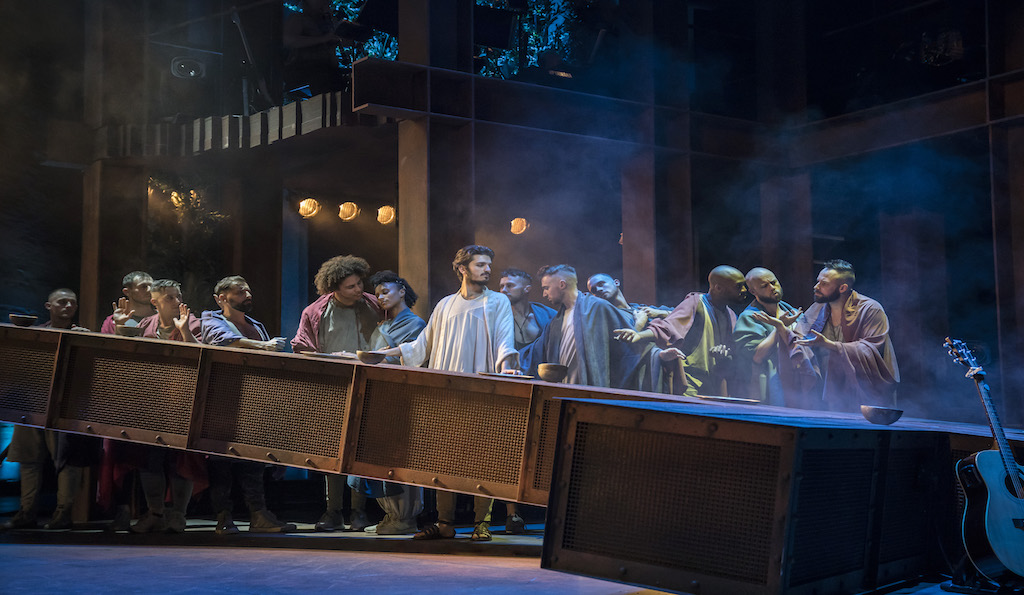 Drew McOnie’s (In The Heights, Bugsy Malone) choreography is flawless: expertly synchronised and uber high energy, the chorus channels the fickle devotion of the mob to perfection. The surging, grasping crowd visibly drains Jesus; Mary Magdalen, sung with a soulful calmness by Sallay Garnett, whose song writing career includes a co-credit on Hozier’s Someone New,provides a compelling tonic to their frenetic pace.

The set retains the scaffold introduced for the Regent’s Park performances, and even nods to this original setting through the greenery that pokes through the rusted bars, but it inevitably loses out on the woody wildness of its original venue. The set’s loss, though, is the acoustics’ and lighting’s gain, and the bright coloured lights, ramped up beats and haze machines give a Berlin nightclub feel to the striking modern dance solos McOnie intersperses throughout the musical. 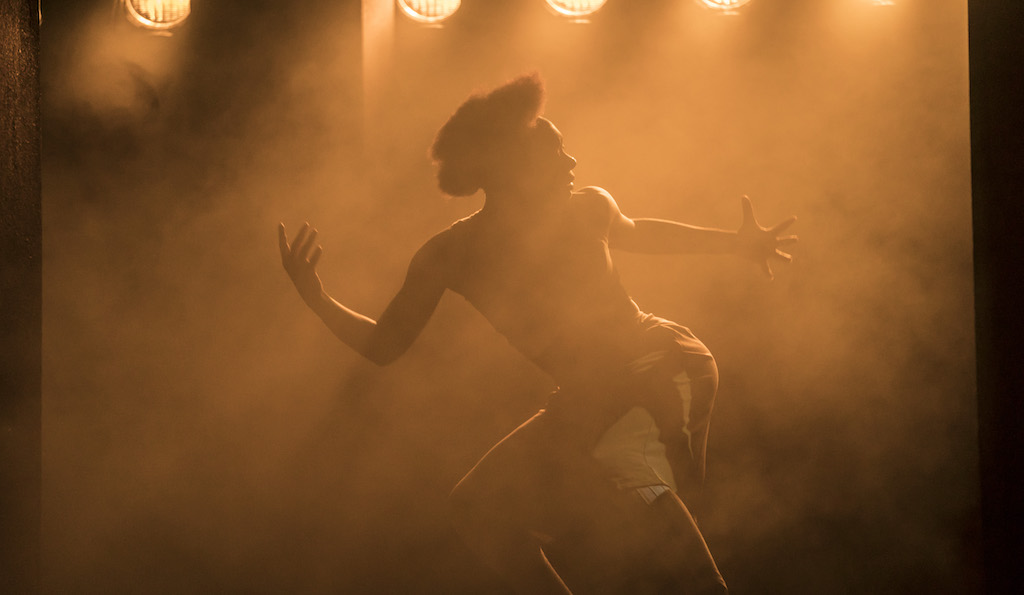 Around a betrayal of biblical proportions, Pontius Pilate, played with gothic flair by Matt Cardle (of X-Factor fame), wields an electric guitar and copious eyeliner, Herod is a maniacally entertaining cabaret diva in gold lamé and The Last Supper is a soft-rock ballad (cue a witty set piece straight out of Da Vinci). But the flamboyant touches are few, only serving to throw darker moments into relief. The crucifixion is all the more harrowing for blending showtune with murder, and Jesus heaves rattling last breaths dripping with glitter and gore.

True to theme, this is a powerful resurrection of a compelling performance.