Frozen glitters at the West End’s Theatre Royal Drury Lane, where a cast led by Samantha Barks and Stephanie McKeon bring to life the sisterhood-championing story

When the animated film burst onto our screens in 2013, Frozen’s magical but troubled heroine Elsa became a new prototype of Disney princess. Selfless and self-sufficient, she continues to capture the imaginations of wide-eyed little ones and in the years since, no children's party has been complete without a flurry of small people dressed in blue Elsa gowns screaming the lyrics of Let It Go. The story also does away with the archaic fairytale trope of princesses who can be saved only by a kiss from a handsome prince, championing platonic, sisterly love instead. 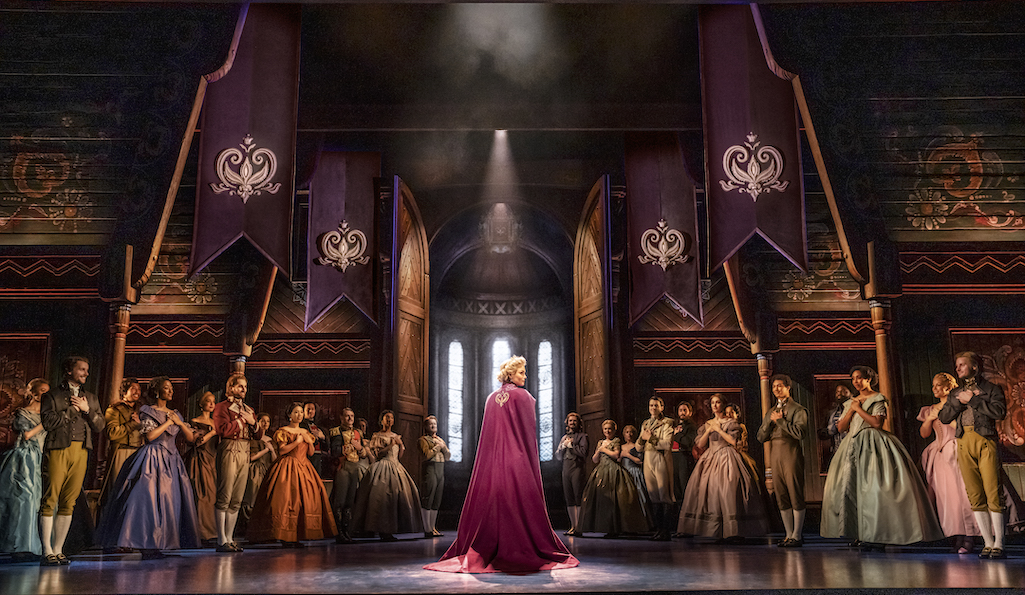 Director Michael Grandage’s production sees chunks of dialogue carried over from the film (and the American accents travel across the pond with the show), but attention is given to filling in the gaps of the narrative. Jennifer Lee’s updated book includes a heart-to-heart between Elsa and Anna that more satisfactorily addresses why Elsa shut her sister out, while new songs by Robert Lopez and Kristen Anderson-Lopez – the husband-and-wife duo also behind the film’s music and lyrics, including the Oscar-winning Let It Go – help flesh out the backstory.

Other songs go further, including an unexpected hit about ‘hygge’, the Nordic concept of cosiness which has become an aspirational lifestyle trend here in the UK. Performed by Oaken (an animated Jak Skelly) and the production’s well-used chorus, dressed here as naked conga-dancing sauna-dwellers, this witty addition transcends the confines of the film and picks up cleverly on a contemporary buzz term. 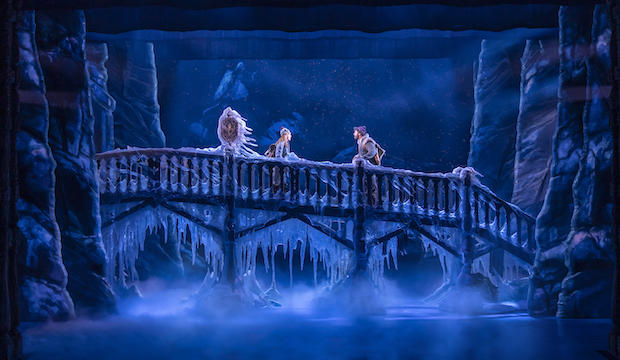 Pleasingly, the show takes the lightly feminist angle of the film and intensifies it. Anna refuses to dance with the slimy, manipulative Duke of Weselton (a show-stealing Richard Frame, worthy of a broader role) and when Anna sets off for the North Mountain, it’s in a mercifully warm-looking, gender-neutral Nordic suit, instead of a princess dress and flyaway cape.

Discovering how moments from the story have been translated for the stage will prove delicious for fans of the film. The frequent scene changes are cleverly bypassed here, but no expenses (physically or financially) are spared when it comes to transforming the stage into a glistening ice palace in mere seconds – a theatrical triumph from the creative team including designer Christopher Oram and lighting designer Neil Austin. 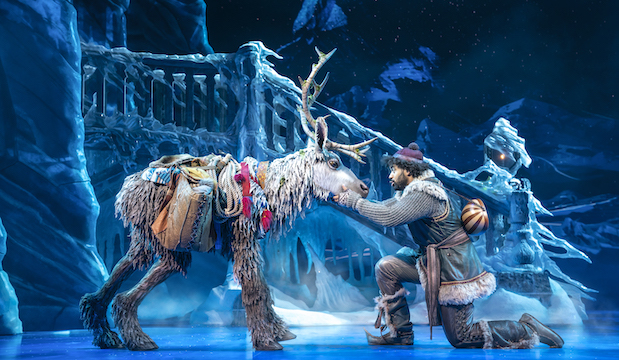 Further bursts of magic conjured up by special effects wizard Jeremy Chernick see mini Elsa create snow out of thin air to delight little Anna in the opening scene, and twirling, Disney-speed costume changes performed on stage to deserving gasps and whoops from the audience. Then there’s Kristoff’s lolloping reindeer Sven (manned with skill on press night by Mikayla Jade), a masterpiece of puppetry for which creator Michael Curry deserves special recognition.

Barks and McKeon present us with princesses who are faithful to their screen counterparts – a must for a franchise looking to grow but not subvert from the source material – and Craig Gallivan's summer-loving snowman Olaf is a fiery torch of light through the story's darker moments.

Frozen the Musical might be pitched at a junior audience, but it twinkles with wit, warmth and wizardry fit to enchant viewers of all ages.