Punchdrunk’s Felix Barrett and Maxine Doyle on the company’s major new London show, The Burnt City, an immersive extravaganza based on the fall of Troy

The Burnt City is pitched as the company's largest and most ambitious project to date. Helming the production is Punchdrunk founder and artistic director Felix Barrett, aka the founding father of roaming, choose-your-own-adventure theatre, who has recruited a team of his long-term collaborators including director and choreographer Maxine Doyle, and designers Livi Vaughan and Beatrice Minns, to stage the show.

Together, they’ll be creating the ‘sprawling labyrinth’ of Troy. ‘It’s a whole living and breathing fictional city, complete with uptown spaces as well as back streets, dive bars and the corners you might otherwise avoid,’ Felix Barrett tells Culture Whisper. ‘Think large-scale drama, contemporary dancers and a vast space for the audience to explore in their own time.’ 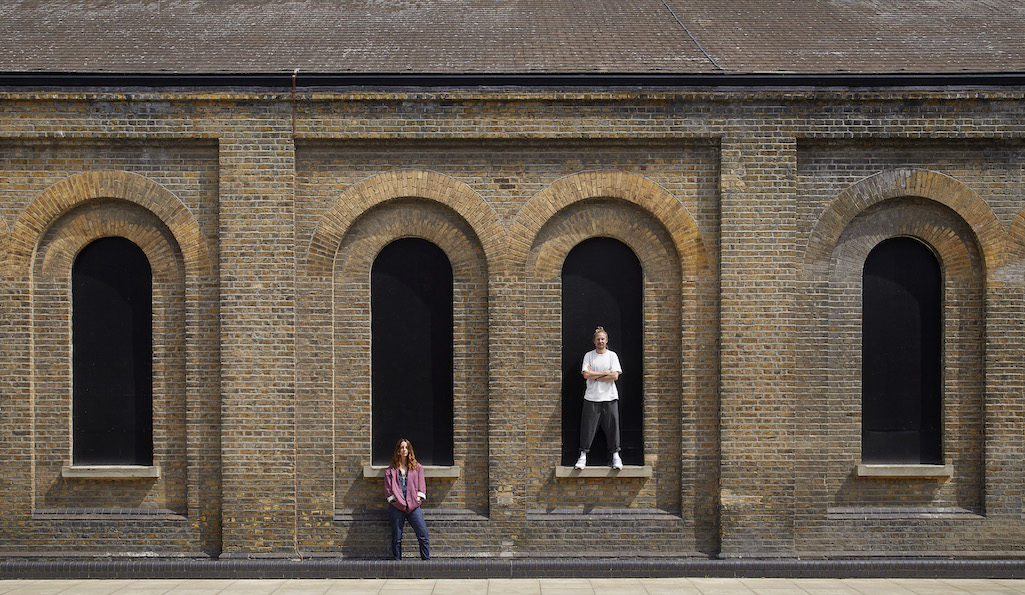 The site itself, Woolwich Works, is a cluster of Grade-II listed former military buildings in the Royal Arsenal, that has undergone a £31m restoration. While Punchdrunk is taking over the lion’s share of the complex – using two vast adjoining buildings spanning 100,000 sq ft to stage The Burnt City and a third for off-stage business – the creative hub will also play home to Chineke! Orchestra, Luca Silvestrini’s dance company Protein and The National Youth Jazz Orchestra (NYJO). All organisations taking up residence have pledged to create paid employment opportunities for the local community.

'We’re excited to invite audiences into these buildings which have been dormant for so long,' enthuses Maxine Doyle. Barrett agrees: 'To be part of such a creative nexus in a southeast London hotspot is wonderful. Architecturally, the spaces are so extraordinary. The old military buildings we’re able to use have a rich history,' he says – a good fit for a show steeped in ancient mythology.

Six hundred audience members will be admitted (with staggered entry) to the ‘colossal playground’ each night, which they’ll be free to explore at leisure. ‘The audience will meet a host of wild and exciting characters [30 in total], from royalty to gods and monsters,’ reveals Doyle. ‘There’s space for you to find yourself alone in the labyrinth and space for you to find yourself as part of a shared community.' 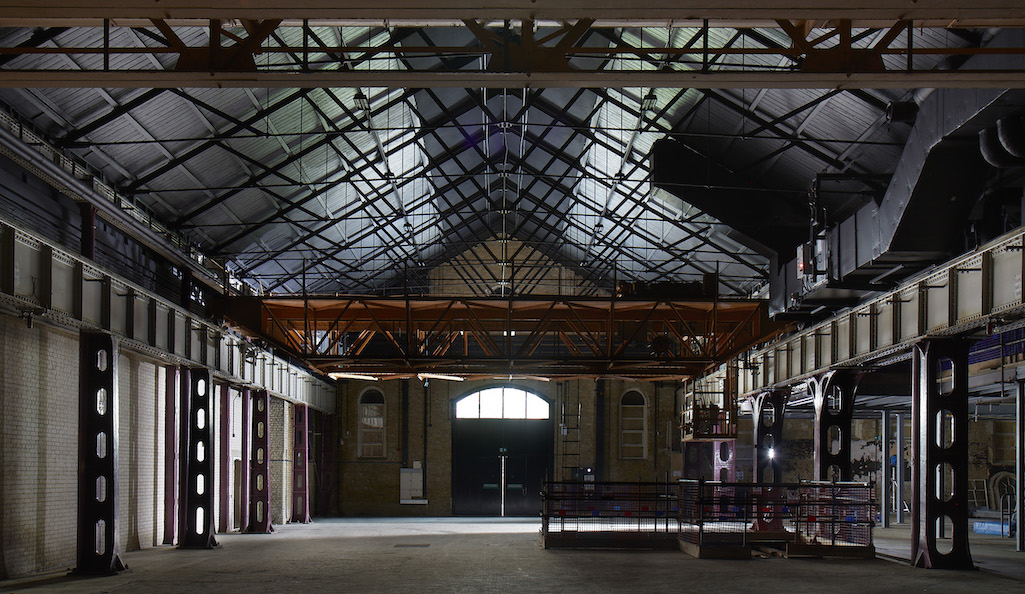 For Barrett, who credits Deborah Warner and Robert Wilson’s site-specific, walk-through live art performances of the 1990s as his core inspirations, a key focus has always been creating as singular an experience as possible for his audience. The company’s second production, The Moonslave (2000), took solo audience members on a multi-venue trail, involving being chauffeur-driven between a candlelit forest and mansion house.

While audience sizes (and company revenues) have grown substantially since then, at the crux of Punchdrunk shows remains Barrett’s bold ambition to empower audience members to make their own decisions. In ‘burning the seats’ and putting the audience in masks, he hopes to offer his 600 nightly visitors their own individual adventure.

‘There are secrets in [The Burnt City] that are very difficult to find and gain access to. A character can select an individual audience member and unlock areas of the building for them that you can only access if you’re invited in,’ he says. ‘To have individual access to [a character] is very rare – it’s almost a filmic close-up among vast, sweeping landscape shots that make up the body of the show – but that’s the distillation of a Punchdrunk experience.’ 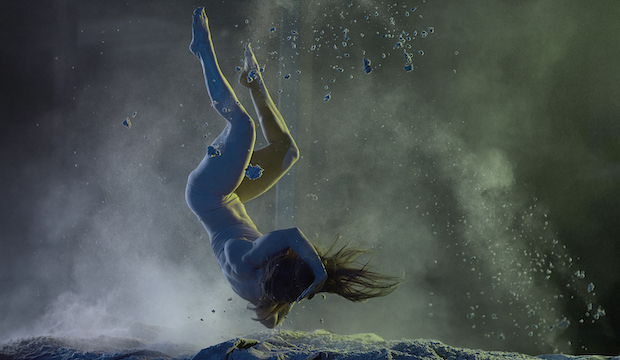 As Punchdrunk connoisseurs will know, ‘fortune favours the brave’ in the sense that leaving the masses and following an individual character will likely reveal hidden pockets of action and unveil more about the show’s potentially elusive plot.

When you reunite with your fellow show-goers to discuss what you saw, chances are you will have had a different experience to your peers. ‘Some people might even talk about a city you haven’t seen,’ grins Barrett. ‘We’ve got two buildings: one will be Troy and the other Greek Mycenae. There will be an awful lot to uncover,’ he reveals.

The audience experience is as central to Punchdrunk shows as the characters and storylines, and is front-of-mind for Barrett and Doyle from the production’s inception. ‘We’re always thinking about the audience’s journey through the spaces as the rooms and passageways are designed,’ says Doyle.

The company is known for using well-worn classical stories as a loose starting point for its notoriously abstract shows – famously Büchner’s Woyzeck for 2013’s The Drowned Man and Shakespeare's Macbeth for 2003’s Sleep No More.

‘We want the audience to be able to find their feet. Without a working knowledge of a text, or the source material for a story, it can be quite discombobulating when you enter,’ Barrett explains. ‘We want audiences to be able to find the peaks and characters that are familiar and actually be able to solve the mystery box of the show. That familiarity is a reassuring hook the audience can use to track themselves through the evening and uncover the secrets underneath it.’ 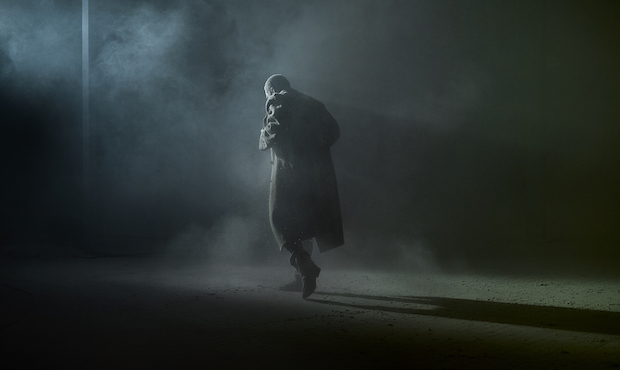 Contemporary dance spectacles, too, are at the heart of Punchdrunk’s major works and The Burnt City is no exception. Dancers who have been working with the company for its 20-year history will be performing alongside new talent in the production.

‘What this show does for us, and what the Greeks allow us to do, is dance in many different ways,’ says Doyle. ‘There’s all of these different layers: ecstatic dance, dance that transforms you, crazy ancient rituals and silent movie storytelling that is a signature of our style,’ she says, hinting that the venue’s impressive height will be utilised in the choreography – so make a note to look up on your visit.

At five-storey arts venue The McKittrick Hotel in Manhattan, where a revival of Sleep No More has been running since 2011, an onsite cocktail bar is used as a breakout space for show attendees but is also open to the public. At Woolwich Works, The Burnt City will house at least two bars, open exclusively to ticket-holders, where audience members can take off their masks for a moment of respite during the experience. ‘It’s up to you when you use them,’ says Barrett, stressing that, ‘the real and the fictional are more blended than ever before’. So if you’re planning on seeking refuge in these drinking dens to avoid audience participation, be warned: while you’ll be able to order some Dutch courage to see you through the rest of the performance, you may well be swept up in the storyline while you sip.

While The Burnt City will be Punchdrunk’s first large-scale show in London in eight years, the company has staged a number of smaller works, including two interactive experiences for children: Against Captain's Orders: A Journey into the Uncharted (2015) at the National Maritime Museum in Greenwich and Small Wonders (2018/19) at the Bernie Grant Arts Centre in Tottenham, both creations of Peter Higgin, artistic director of Punchdrunk Enrichment.

Then there was 2017’s hotly contested Kabeiroi, an exclusive experience closed to critics that was performed to audiences of just two, spread over six hours and multiple locations across central London. Tickets were allocated by raffle at £110 a pair, leading fans to cry theatrical gentrification. 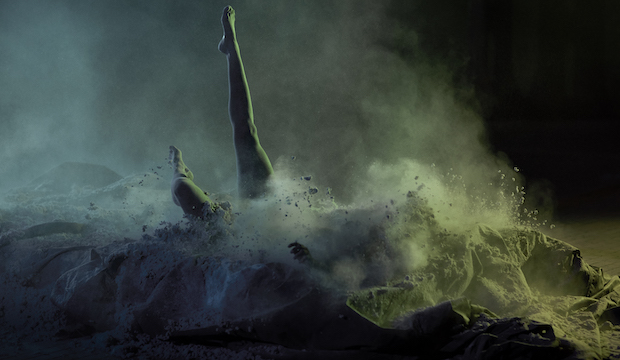 More recently, Punchdrunk has been spreading its wings beyond the world of live performance. 2020 saw the company make its first foray into the world of TV with The Third Day: a six-part series starring Jude Law which invited audiences to roam virtually on the island on which the drama was set.

‘It was supposed to be a live-action, 12-hour event that had to pivot because of Covid-19 into being a 12-hour film,’ clarifies Barrett. ‘It was an initial experiment but it has prompted thoughts as to ways we could do more screen work. ‘I’m sure more will follow once [The Burnt City] is out,’ he hints.

The company has also been collaborating with augmented-reality game developer Niantic to explore further ways the physical and digital worlds could fuse to create interactive experiences.

For now, transporting an audience to the smouldering battleground of Troy each night remains the priority. ‘I think what’s exciting about this piece is it’s an unprecedented scale for us,’ says Felix. ‘The source material of the ancient Greeks gives us so much to excavate and ponder that it will be a rich, detailed world full of secrets, all to be uncovered by London next year.’ 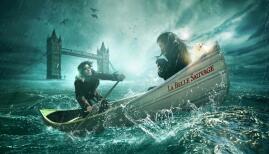