The Inheritance: West End Transfer. A generation after the AIDS crisis, Matthew Lopez’s The Inheritance provides a panoramic view of gay life in New York City

Tickets for The Inheritance at Nöel Coward Theatre

go on sale from Friday 18 May. Click here to book.
The Inheritance, Young Vic Theatre review ★★★★★

The notion of inheritance comes in many guises in this new play by Matthew Lopez and directed by Stephen Daldry. It is in the apartment in Manhattan in which Eric Glass’ family has lived for generations. It is in the box of his parents’ belongings that Toby Darling hasn’t had the courage to open since their death when he was seven.

It is in the country house of the Wilcoxes in upstate New York. In the grander scope of the play, it is in the experiences, suffering and innumerable deaths of gay men in early 1980s America in the wake of the AIDS epidemic.

TRY CULTURE WHISPER
Receive free tickets & insider tips to unlock the best of London — direct to your inbox
Presented as a writing seminar, the play opens with none other than E M Forster (Paul Hilton) as lecturer to ten young gay men (Forster’s work has been a lifelong inspiration for Lopez). Forster, or Morgan as he is referred to in the play, initiates the story that Young Man 1 (Samuel H. Levine) is struggling to tell. But whose story is he telling? His own? His friends’? A tale of the modern gay experience, reaching back to that devastating period over thirty years ago?

What is abundantly clear is that The Inheritance is a touching, funny, often painful story of loss, grief and the necessary reflection that must be explored in order to learn from our past and look with positivity towards the future. 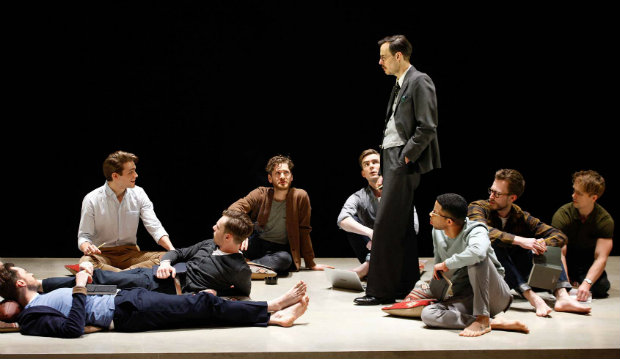 In this expansive and ambitious production is an epic saga guided by Morgan and performed by the Young Men, as they tell the doomed story of Toby Darling, an aspiring playwright, his loving and idealistic fiancé Eric Glass (Kyle Soller), and of Adam (also Levine), the younger actor who would come between them. We were reminded of Daniel Goldman’s excellent adaptation of Sergio Blanco’s Thebes Land in how the action deftly flicks from one reality to another in the play’s narrative thread, as we are painfully shown Toby and Eric’s crumbling relationship; Toby consumed by his ego and growing success, while Eric, in his loneliness, befriends his older neighbour Walter (also Hilton).

The play’s currency is our relationship to the past. Walter recounts in stark detail his experience of caring for gay men suffering from the disease – something the current generation could not possibly imagine. Interestingly the play also explores how AIDS not only fuelled fear, paranoia and aggression in the wider populace but also in the gay community, as by our learning of Walter’s long-time partner Henry Wilcox’s (John Hickey) reaction when he discovered Walter had been caring for hundreds of sick men at their upstate country house. Young Man 1 wants to tell his own story, but it is strikingly obvious that the epidemic is a harrowing reality that will always persist in gay culture.

Though this storytelling format here occasionally offers too much exposition, the plot remains unpredictable and engaging into Part 2, held together with touching, heartfelt and often volatile performances from the excellent cast. Andrew Barnup charts Toby’s disintegrating identity expertly; Toby is at once deplorable and tragic as he spirals into an excessive life of booze, drugs and sex. He is the epitome of what Morgan wishes to avoid for all gay men – confused, abused and ostracised their entire lives, learning about gay culture in public parks and toilets rather than in an accepting environment, never being truly honest with themselves.

The fact that Forster is dead, of course, adds further poignancy to his sentiment, for he too lived a life where he felt his sexuality was never accepted. Henry Wilcox tells Eric there is no point in suffering, to which Eric replies, ‘There is if you learn from it.’ While Morgan laments a life in which he never spoke truthfully about himself, he looks forward with hope towards a culture of understanding and community among gay men; the last inheritance, and the only one that matters. 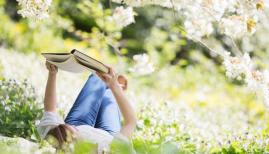 13 new books to put a spring in your step