The new work is Irish playwright Lisa Carroll's debut, and focuses on Iona and Pingu, two young Dubliners who are bullied relentlessly for being too loud and too quiet respectively. They decide to emigrate to London to attract the attention of the cool kids — and end up getting far more than they bargained for.

Carroll’s work has been produced at the Abbey Theatre, the Old Red Lion and the Southwark Playhouse, and Cuckoo, directed by Debbie Hannan, looks set to be another example of her bright, fresh voice. It’s already been shortlisted for the Papatango Prize, longlisted for the Bruntwood Prize and Soho Theatre’s own Verity Bargate Award.

Cuckoo is a play about growing up in today’s Ireland — about feeling out of place, and doing everything possible to get rid of that feeling. 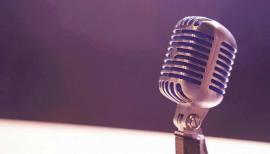 What should you be listening to summer 2018? Podcasts to care about
Sign up to CW’s newsletter
By entering my email I agree to the CultureWhisper Privacy Policy (we won`t share data & you can unsubscribe anytime).