Silk Road, Trafalgar Studios review 3 Silk Road, Trafalgar Studios review Holly CW
Silk Road, the online black market for selling illegal drugs, made the news when it was closed down in 2013. Its founder Ross Ulbricht, who set up the site in 2011 and used the pseudonym ‘Dread Pirate Roberts’, received two life sentences in prison without parole. In the month following the site’s closure, a spin-off online market known as Silk Road 2.0 was launched, but the alleged operator was arrested in November 2014 and since then, Silk Road has remained a hush-hush thing of the past.

Silk Road (How to buy drugs online) is Alex Oates’ play about the drug trafficking site, and is the first production to be funded through the cryptocurrency Bitcoin. The production has an interesting story: back in 2014, the team put a call-out on a real Silk Road forum asking for contributions towards the play, and someone on the site responded anonymously, donating two bitcoin. Playwright Oates then reinvested the Bitcoin and managed to fund the play’s initial run at the Edinburgh Festival Fringe in 2014, its VAULT Festival stint earlier this year, and presumably its current four-week run at the Trafalgar Studios in the West End. 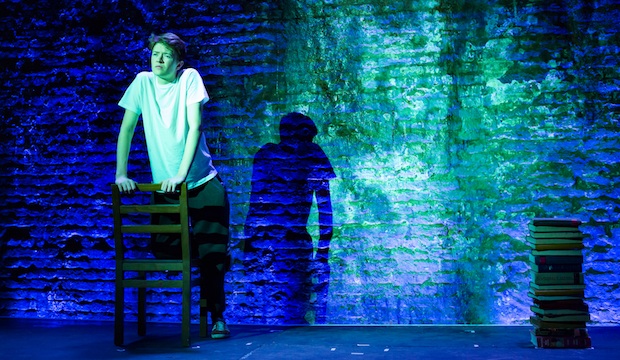 Inspired by interviews with real online drug dealers, Oates’ one-man show follows the story of Bruce (Josh Barrow), a working class 18-year-old Geordie struggling to make sense of his post-school adulthood, now that his school crush has left for university. Through the fragmented, nonlinear narrative – which does a clever job of exposing the frantic jumble inside Bruce’s drugged-up mind – we jump between episodes of Bruce discovering class A drugs, waving goodbye to his summer sweetheart, working in the local bar and chatting with his feisty, funny nan. When things don’t go to plan, Bruce resorts to selling cocaine from his Whitley Bay home, embroiling his nan in his criminal activity by disguising the drugs in her hand-knitted tea cosies.

Oates’ writing is wordy, poetic, honest and often insightful. In one scene he humorously describes how the drugs from Silk Road were delivered to the buyer’s front door by unknowing Royal Mail staff. 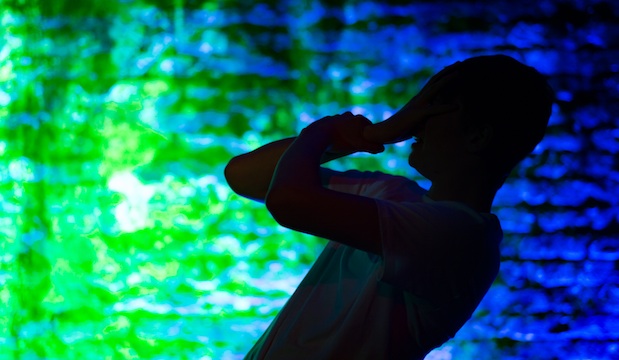 Barrow is a talented performer; keenly observant, he fully absorbs the traits of Bruce, while transforming with ease into the other characters including his nan, lover and Shaggy the barman-cum-drug dealer. Under the direction of Dominic Shaw, Barrow makes a physical refrain out of getting a hit from his drugs, smacking his chest, sharply inhaling his breath and stretching out his arm as an invisible force pulls him into a high – it’s an effective sequence that's used several times throughout the show. And while Barrow sometimes speaks so quickly it’s hard to catch all that’s said, it’s refreshing to hear the Geordie accent on a London stage.

On the surface, Silk Road is a play about the online black market for drug trafficking – how it operated, its lure and its dangers. But it also touches upon the class divide that, almost inevitably, separates young working class adults from their middle class, aspirational peers, who have more opportunities for educational advancement. At the same time, as Oates points out in the programme, the play also contains autobiographical elements of his own ‘coming of age’ experiences, growing up in Whitley Bay and working in the bars and clubs of the northern seaside-town-in-decline. Silk Road works particularly well as a piece of Fringe theatre, but whether it can hold its own and draw in audiences for its four-week run in the West End, only time will tell. 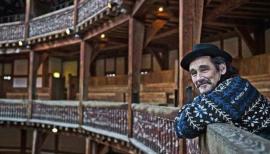