2 CW readers are interested
Hymn, Almeida Theatre online review 4 Hymn, Almeida Theatre online review Holly CW
Following a sell-out run of live performances in February, Hymn is being made available to stream on demand from 3 - 9 March 2021.
The world premiere of Hymn by actor and writer Lolita Chakrabarti (Life of Pi, Invisible Cities) was due a month-long opening run in front of a live audience at the Almeida Theatre this February, but plans were thwarted by the ongoing lockdown. Fortunately, the show has become the beneficiary of a recorded run. And it’s credit to the creative team, led by director Blanche McIntyre (The Writer, A Winter's Tale), that the production has been so successfully reimagined for screen and virtual audience. 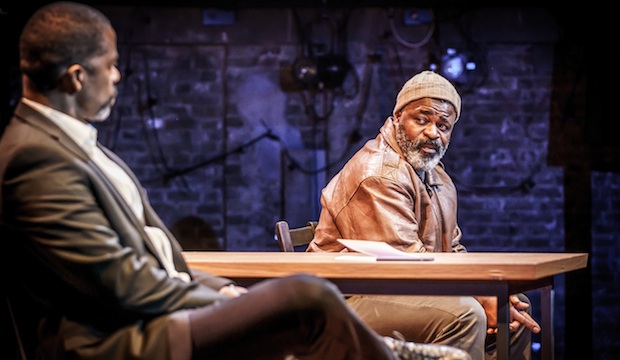 Through a poetic and at times philosophical script, and a cleverly paced plot, Chakrabarti delivers a two-hander about brothers, nearing the age of 50, who meet for the first time at the funeral of their father Gus, a member of the Windrush generation. Legitimate son Gil (Adrian Lester of Hustle and Red Velvet fame) has had all of life’s chances – including a decent education and career – handed to him on a plate, while illegitimate son Benny (Danny Sapani of Les Blancs and Killing Eve), has had to make his own way in the world, estranged from the relative wealth of Gus’s family and with little by way of resources.

Following a fractious first encounter, we see the brothers gradually develop a bond through a montage of snapshot scenes. We witness Benny give Gil a boxing lesson, and Gil encouraging Benny to loosen up through a spot of karaoke and dancing. Although a pinch too long, it’s this playful scene that takes the story to a dizzying height, offering a window onto an impossible denouement in which the newfound brothers dance off into the sunset as best friends and business partners. 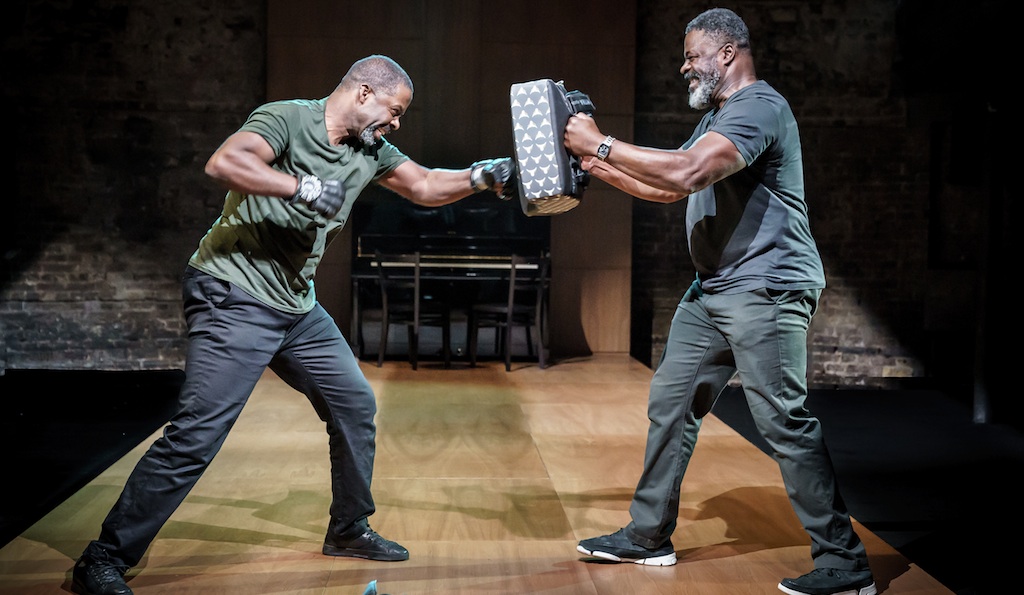 It's from here on that things begin to unravel. In hindsight, Gil’s carefree shrugging on of different costumes from a dressing-up box proves itself to be a precursor for what we’re about to learn about his attitudes to life – and a metaphor for how uncomfortable he really is in his own skin.

An appreciation for music is etched into every fibre of Hymn, from Gregory Clarke’s score to Chakrabarti’s script, which in one profound moment explains how forks can sing in sympathy with one another, as one catches the vibrations of its nearby sibling. The music of black artists is celebrated throughout, from Bill Withers’ Lean On Me to Will Smith’s Gettin’ Jiggy Wit It, as Lester and Sapani break into a cappella renditions of several big hits, singing in heartfelt close harmony with one another. Scene breaks and pauses are marked by the steady tick of a metronome – an audio commentary on the play’s theme of being in sync – which watches over the action with unwavering punctuality from its position on top of a piano on the otherwise bare stage. 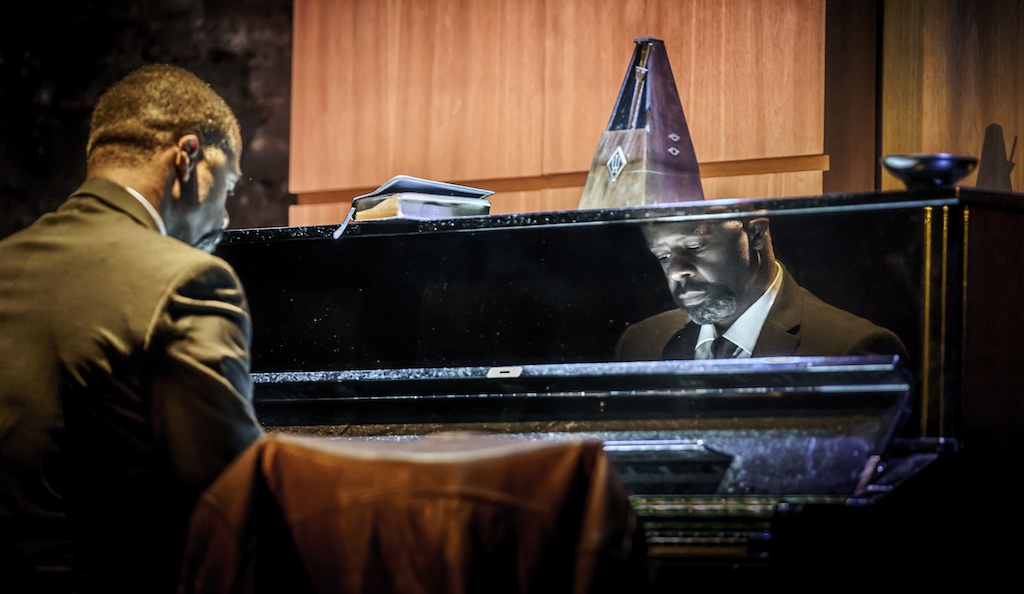 Who knew Lester could sing? Chakrabarti, his real-life wife, evidently did. Nepotism aside, he’s well-cast in the yo-yoing part of Gil, whose smart, polite, curt togetherness we see dissolve into self-sabotaging chaos towards the end. But it’s Sapani’s performance as Benny that eventually steals the show. His rise from scruffy, wary, downtrodden challenger into a man of eloquence, confidence and good measure has us fighting his corner, willing his success and feeling every inch of his loss in his final, powerful speech (a mention to Prema Mehta’s divine white lighting during church-set scenes is in order here). Both performances deliver justice to Chakrabarti’s interest in the judgements we make on first impressions before getting to know the person beneath.

While not a tool within her usual armoury, McIntyre embraces the camera and uses it to her advantage, often staying up close to both characters’ faces to home in on their raw emotions. In one inspired moment, she allows us, the home audience, to see what an auditorium audience could not, as we watch Gil pen a note to Benny from his lap. 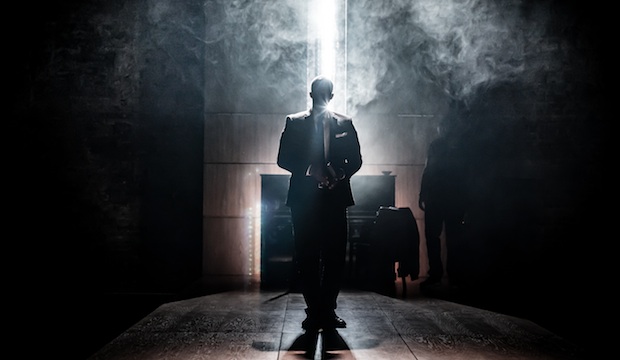 Hymn tells a meaty, thoughtful story, while bubbling away below the surface is an equally poignant, but more subtly explored, commentary on the effects our early starts and opportunities – both financial and emotional – have on our life chances. Anecdotally, it touches on the everyday racism known to Gil and Benny as black men in London, without letting this important inclusion distract from the focus of their story.

Chakrabati leads us to believe we’re dancing down several other avenues (among them questioning whether Benny is out to swindle Gil of his inheritance, or whether Gil will drop Benny like one of his many unfinished projects) before revealing what’s really at play here. When all is finally, passionately outed, then satisfactorily wrapped up, it just seems cruel that we cannot applaud Hymn's success in person.