Good Grief follows Adam (Patel) and Cat (Clifford), two friends leaning on one another for support following the death of Adam’s partner Liv from cancer. Intimacies deepen between the pair as they rely increasingly on one another to patch the gaping holes forged by their grief. As feelings are examined and insecurities laid bare, the sticky, multifaceted intricacies of love and relationships are explored. 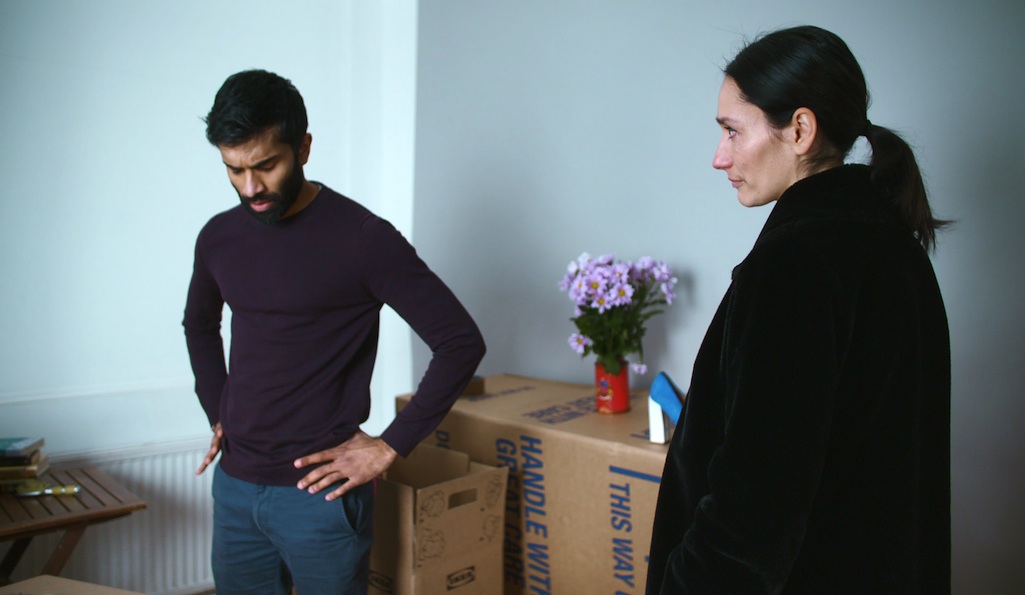 Hayes was originally told that, at 45 minutes, Good Grief wasn’t long enough to produce for the stage. (Even so, the one-act play was workshopped for New York Stage and Film’s Powerhouse Theatre season 2016, and later at The Cherry Lane Theatre in 2018 under the new title Butterside Down.) But these concerns spoke for a different era, one in which physical journeys were being made to and from venues, and value for money when putting bums on seats was a key metric for producers. In our current times, where a deadly pandemic hovers between audience and auditorium, and all forms of culture must be consumed from home, short one-act plays like Good Grief have found their niche.

Unlike the bulk of online theatre initiatives, which mimic the live theatre experience by opening with a still of the stage, Good Grief adopts a more film-like approach under director Natalie Abrahami, the camera lens blinking open mid-scene on Adam and Cat deep in conversation as they move storage boxes filled with Liv’s belongings. The relatively bare surroundings reveal little about their lives, but a trickle of stylish outfits, sourced by costume designer Natalie Pryce, attest to their middle-class, professional status. 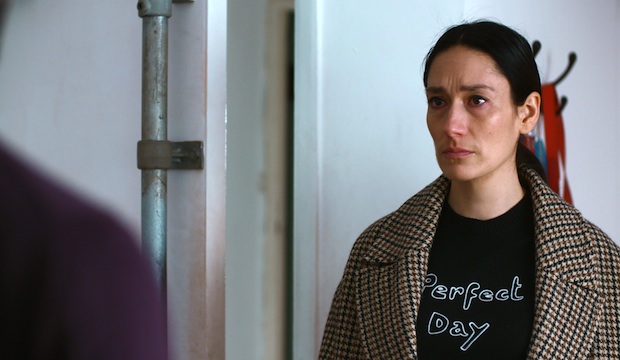 Haynes delivers an honest and thorough portrayal of grief. Conversations flit between trivial gossip about who attended the wake and what they donated to the funeral, and musings on the more serious, desperate ache of losing a loved one. It’s also darkly funny. We learn that Adam missed out on a final bedside goodbye with Liv because he was out buying cat litter, and that her friends and family were quick to lay claims to her jewellery when Adam arranged a roadside meet-up to divvy up the collection.

Clifford and Patel are well cast as the grieving pair. Clifford wears Cat’s fragility and deep sense of loss as if it’s etched in every fibre of her being. While Patel focuses Adam’s raw grief in his darting and distant eyes. He’s lost and clinging to Cat as he does to Liv’s clothing, in a final bid to keep some semblance of his partner alive. 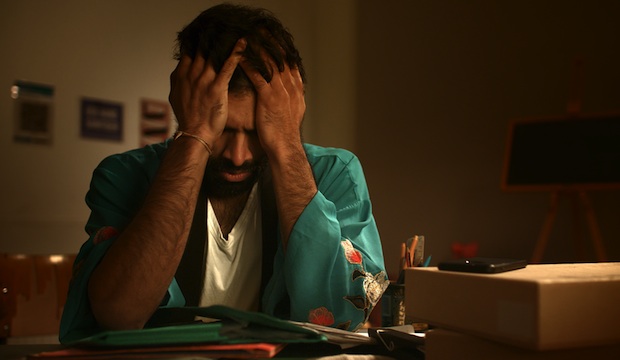 The camera lens proves both friend and foe, honing in on both characters’ faces to bring us eye-to-eye with their grief, while restricting our perception through controlling our view of each scene and denying our eyes the freedom to roam from active to passive party, as they'd be at liberty to do in front of a live stage. Scene changes are marked somewhat jarringly by black-and-white montages of the masked production team rearranging the set, and yet this also bridges the grey area between theatre and film in which Good Grief sits.

Short, snappy scenes take us from February through to October, leaving Adam’s house for a trip to Ikea in one and a hotel room in Manchester in another. Emotionally, we accompany the characters on their journey through survivors' guilt, soul-searching recovery and slowly, tentatively towards finding peace.

Good Grief is a perceptive, witty forage into the grieving process and the relationships we seek solace in during times of need. It’s a compact, fully formed play that ends as suddenly as it begins, the camera lens blinking shut following a poignant reveal, suggesting there may be more to be said, perhaps, one day, between its characters. 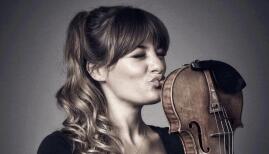 Your digital diary: culture to stream this week: 26 April - 3 May
Sign up to CW’s newsletter
By entering my email I agree to the CultureWhisper Privacy Policy (we won`t share data & you can unsubscribe anytime).
1