1 CW reader is interested
Bagdad Cafe, Old Vic Theatre review 3 Bagdad Cafe, Old Vic Theatre review Holly CW
With its offbeat characters, cross-dressed cabaret performances and theme of finding friendship in the most unlikely of places, Percy and Eleonore Adlon’s 1987 movie Bagdad Cafe has the prime blend of ingredients to be adapted for the stage by Wise Children’s Emma Rice. But while Rice’s production delivers glitz and razzmatazz by the bucketload, it loses the subtleties and substance of the arthouse film.

Set on a ‘desert road from Vegas to nowhere’, Bagdad Cafe tells the story of an unlikely friendship between German tourist Jasmin and wary motel owner Brenda. Jasmin has just split from her husband following a fight on the road, and Brenda is at her wits’ end with her own lazy husband Sal. Trust takes some time to build, but when Brenda employs Jasmin in the motel café, the pair realise their potential to entertain the community with magic and music. 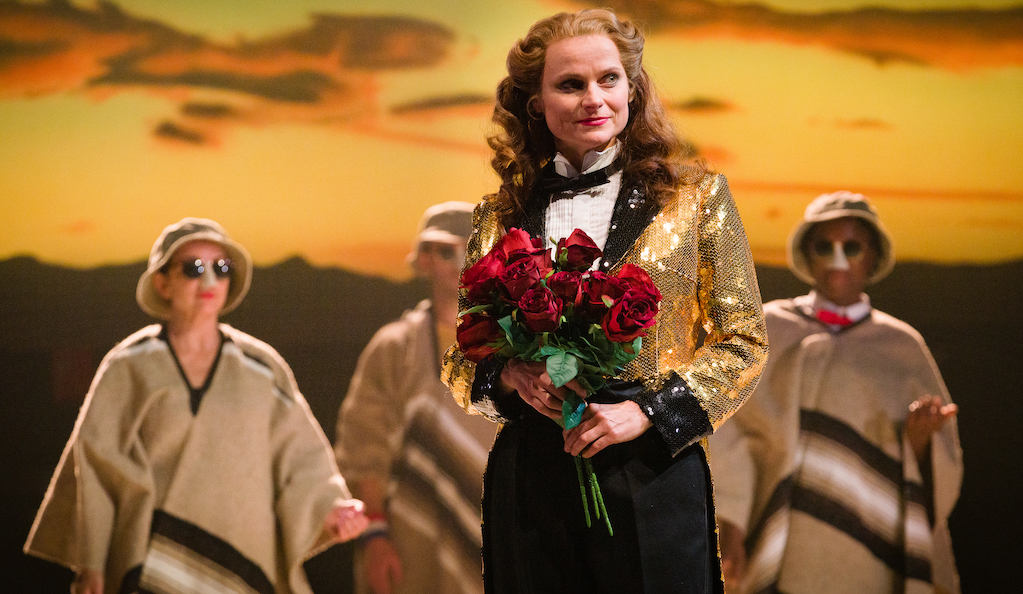 Patrycja Kujawska and the cast of Bagdad Cafe at The Old Vic. Photo: Steve Tanner

Lez Brotherston and Vicki Mortimer’s set is an aesthetically charming, with crooked block lettering, neon signs, a campervan and looming water tower all vividly painting this backwater pitstop on Route 66. Wedged in the aisle of the auditorium, as if crashing into the stage, is a life-sized open top car from where Le Gateau Chocolat enwraps the audience in several solo numbers. Malcolm Rippeth’s lighting completes the picture with a thin band of light at the back of the stage mimicking the sky and changing colour according to the time of day. 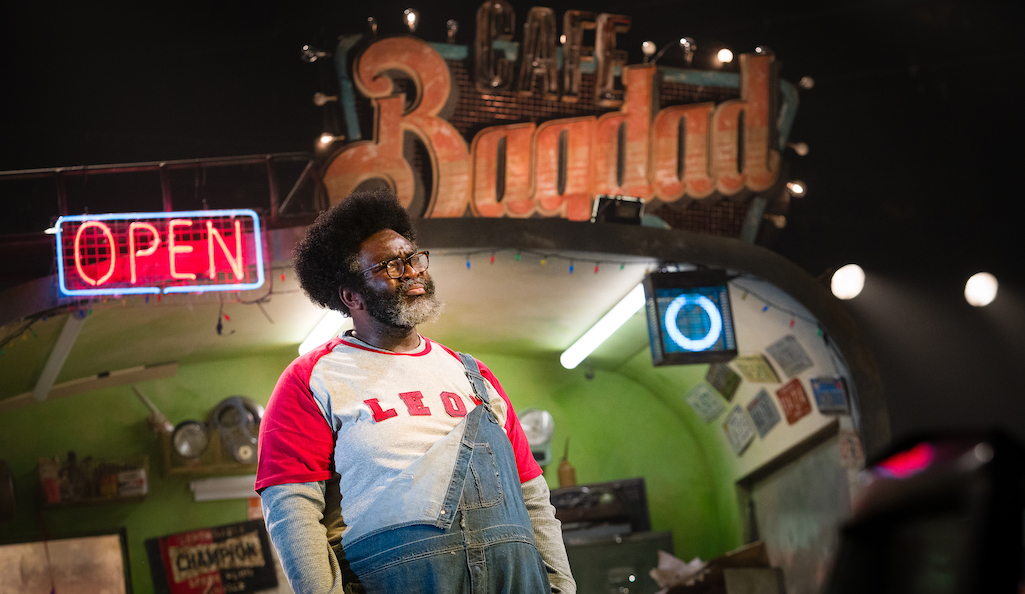 Stealing the show is a combination of John Leader’s puppets, which include miniatures of each character and in one genius moment, a giant ball of tumbleweed, and Nadine Lee’s music, in particular the multiple renditions of the movie’s theme song, Bob Telson’s Calling You.

Rice takes the spirit of the film’s final cabaret scene and disperses it throughout the show in her signature style. These songs, dances and magical theatrics are all welcome additions to the story; a particular skit involving a boomerang wins big laughs from audience members of all ages.

The problem is, beneath this surface level razzle-dazzle it all feels a little empty. Despite following the film loyally scene-by-scene, the characters are portrayed as 2D caricatures between whom no believable emotional ties are forged. As a result, the story feels as flat as the desert surrounding it and will leave many unmoved. For a production pitched as a ‘celebration of togetherness, hope and friendship’, it misses that mark. And the twee addition of a final Calling You rendition, for which the cast is joined by projected images of its Bagdad Cafe Choir, does little to save it.

Still, Rice’s trademark theatrics are very much intact; the a capella singing, stylish set and whimsical magic of Bagdad Cafe come together as a sensory spectacle. For some, this combination will be enough and will prove a soothing dose of escapism after a tumultuous 16 months. 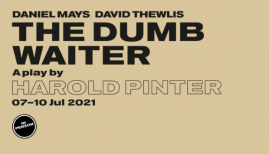 The Dumb Waiter, Old Vic – live and In Camera