The international opera star talks about singing in secret, her breakthrough as an understudy, and a world premiere, 180 years on 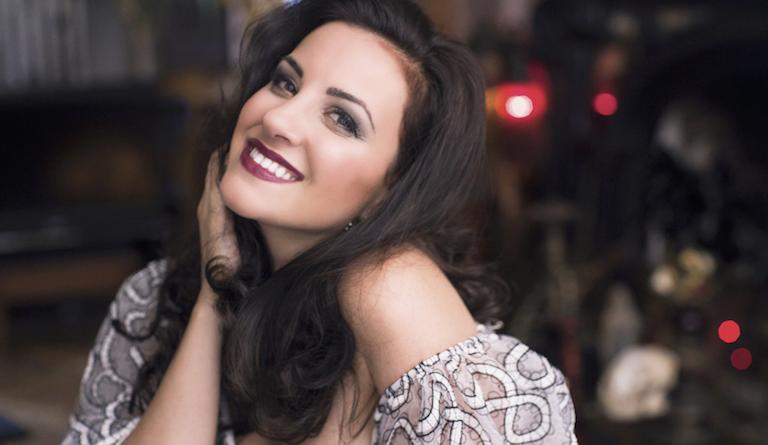 Joyce El-Khoury is renowned for singing Violetta in Verdi's La Traviata. Photo: Fay Fox
Today she performs to audiences of thousands at opera houses all over the world, but as a little girl, Joyce El-Khoury was so terrified of being listened to that she only sang when her parents were out of the house.

‘I was always singing in secret because I had the worst stage fright you can imagine,’ she tells me after a long day’s rehearsal at the Royal Opera House, where she is working on a rare Donizetti work. ‘Whenever my parents came home I would stop, but one day I was rumbled. I loved singing so I joined the church choir and school choir. And I had an incredibly supportive family.’

That support came from parents who chose to leave their then turbulent home country of Lebanon and start a new life in Canada. Joyce, who was born in Beirut and who now speaks with a gentle transatlantic accent, learned to speak Arabic first, then French, and only after that, English.

Although the family was musical – one grandfather sang in his church choir for 35 years, and was nicknamed after part of the sung mass, ‘Kyrie Eleison’ – there was no tradition of opera at home. Joyce sang Whitney Houston and Celine Dion numbers, learning them by ear, and even when she started taking singing lessons, her exceptional talent by then clear to all, at 14 she could not read music and was not really tuned in to Mozart arias.

Her real vocation at this stage was medicine. 'I always thought I would be a doctor.' She took a job in a children’s hospital, to fund her way through four years’ music study at college in Ottawa, while also holding down other part-time jobs in the university and town libraries and at a grocery store. She had inherited her parents’ gift for hard graft. They had started from scratch in Ottawa, learning the language, taking odd jobs, finally setting up the Montana coffee business: ‘They really worked: as a migrant family you must!’

Even on graduating she toyed with continuing to work in healthcare, but was selected for the prestigious Academy for Vocal Arts in Philadelphia, won prizes left, right and centre, and was snapped up as a young artist by the Metropolitan Opera of New York, were she sang the frisky Frasquita in Carmen in 2010.

Then came the sort of break that fast-tracks a promising career into a great one. For two years she had been fascinated by the Puccini opera Suor Angelica, which she had learned on her own. In it, a young unmarried woman gives up her son to nuns; when she goes to visit him years later, tragedy follows. ‘I had some free time as an apprentice at Santa Fe Opera, and I took some scores out of the library. One was Suor Angelica, and I couldn’t put it down. I was in some personal turmoil and it spoke to me After a month it was memorised – I know everybody’s lines, every instrument...’

So when, as an understudy, she was called upon two years later to step in at minutes’ notice and sing the role on stage at the Castleton Festival, Virginia, under conductor Lorin Maazel, ‘I was so prepared. It was cosmic!’ Her sensational role debut attracted attention across the musical world, and guaranteed a continuing special relationship with Maestro Maazel.

The roles came thick and fast after that, but none has had her name on it so often as that of the complex heroine of Verdi’s La Traviata, Violetta. Last years she sang the role at both the Royal Opera House and Glyndebourne, both to great acclaim. 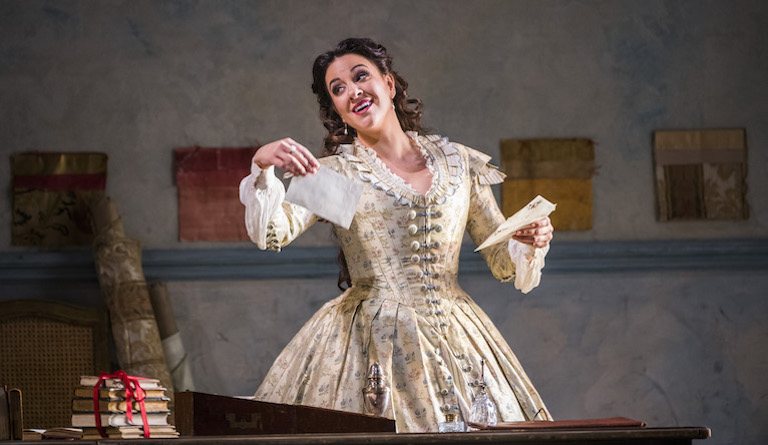 ‘To sing Violetta has been one of the great privileges of my career,’ she says. Violetta is a vivacious society hostess who never wants for admirers, but who finds true love with Alfredo, and settles down with him in the country. When his father asks her to give up the scandalous relationship that is compromising the marriage prospects of Alfredo’s sister, Violetta heroically abandons her lover, returns to racy Paris life, and is then overcome by a fatal disease.

‘It’s very demanding, vocally and emotionally.’ But however many times she sings Violetta, she finds new things in the role. ‘You press the Update button, the Refresh button, on your life, and you can see her through new eyes.’

But it is a for a different work that she is currently at the Royal Opera House, where two performances are to be given of a work by the prolific composer of both comic and serious operas, Gaetano Donizetti.

L’Ange de Nisida was never performed in Donizetti’s lifetime, explained conductor Mark Elder unveiling to journalists recently the story of the opera’s chequered history and his plans to record it for the first time, again with Joyce in the title role that she is taking at Covent Garden. Although some of the work was re-purposed for Donizetti’s opera La Favorite, L’Ange de Nisida, completed in 1839, has never been heard before.

‘I get goosebumps when I remember that I’m giving a premiere of a work by an established composer. I sat in on the two orchestral readers before the singers were called. I got chills, because most of the score has never seen the light of day, never entered anybody's ear.'

The piece has been carefully reconstructed from almost indecipherable notes, and will be recorded by Opera Rara. The story, set in Italy, is one of forbidden love. ‘Donizetti was so disappointed when L’Ange de Nisida didn’t premiere in Paris because the theatre had to close. We’re giving him his premiere. My duty is to bring this music to life; my responsibility is to Donizetti.' 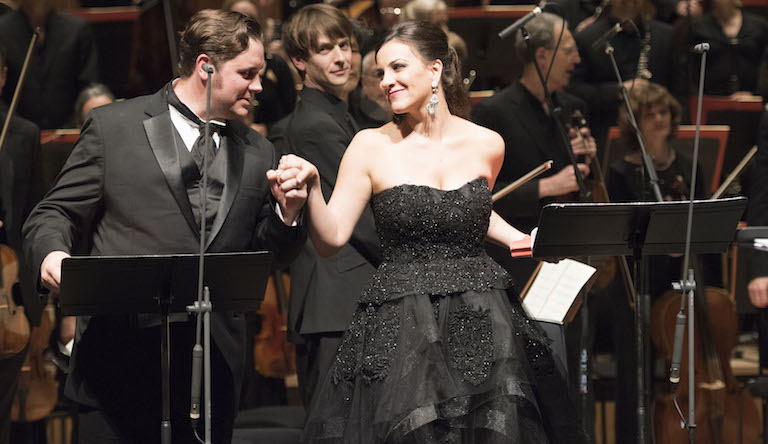 With characteristic warmth and modesty she adds: ‘I’m blessed to have been chosen for this. There are so many wonderful sopranos out there.’

Straight after L’Ange, Joyce is to give another world premiere, in Weimar, of a hitherto forgotten and unfinished Liszt opera, Sardanapolo, based on a Byron verse play. Maybe it’s that gift for hard graft and the meticulous preparation that she brought to Suor Angelica, but she is fast becoming the go-to soprano for bringing lost works to light. ‘I feel it’s like my mission. I’m very fortunate.’

And Joyce seems sure to return to the Royal Opera House in the future, even though when I ask about forthcoming appearances she can only discreetly smile the smile that says, ‘Watch this space...’.

'L'Ange de Nisida' is sung in French with English surtitles, in a concert performance (18 and 21 July). Click here for more details and booking