In Oliver Platt's new production of Mozart's comedy for Opera Holland Park, Dorabella and Fiordiligi, dismayed when their fiancés don their uniforms, initially resist the the advances of two exotic new suitors who arrive soon after that painful parting. But these are, in fact, the same men, in disguise, each of whom wins, step by step, the affection of the other's betrothed.

The swap starts subtly, with Eleanor Dennis's superbly sung and high-minded Fiordiligi taking a second glance when Nick Pritchard's likeable Ferrando, got up as an Albanian, loses himself in a book. The young women from sensible Ferrara on holiday in naughty Naples may have caught the sun a little, but this new fling, it seems, is a meeting of minds that may not be neatly undone in time for the curtain calls. 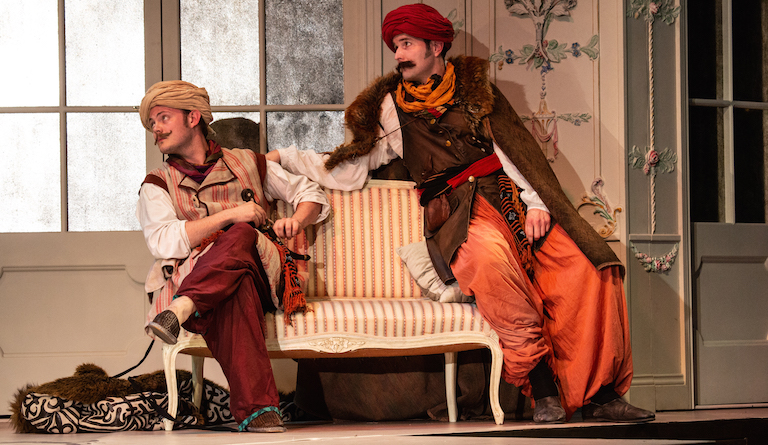 And when flirtier Dorabella, sung with spirit by Kitty Whateley, meets her match in Nicholas Lester's larky Gugliemo, in Turkish pants you could get a parachute out of – can she just hand him back on demand? The music that closes the story may speak of resolution, but just look at those faces...

Warning bells ring from the start: while we first meet the sisters mooning over no doubt idealised portraits of their beloveds, the men themselves are preening in their dressing rooms. The bewigged and painted boobies Dorabella and Fiordiligi are destined to marry are less easy to know than the heart-on-sleeve 'visitors'.

A series of deceptions is orchestrated by meddling, embittered Don Alfonso, sung by Peter Coleman-Wright with a coarseness in the voice that suits the fundamentally nasty nature of his experiment. As the maid Despina and, in disguise, visiting doctor and notary, Sarah Tynan gives a vivacious performance that makes light work of the impersonations.

The romances unravel on a flat-pack 18th-century drawing-room/garden, design by Alyson Cummins, complete with pop-up flowers and rostra that keep the nimble singers on the toes. In the background are the masts and waves of the harbour, and the inestimable Opera Holland Park Chorus colourfully throng the Neapolitan streets while this domestic crisis unfolds behind elegant closed doors. 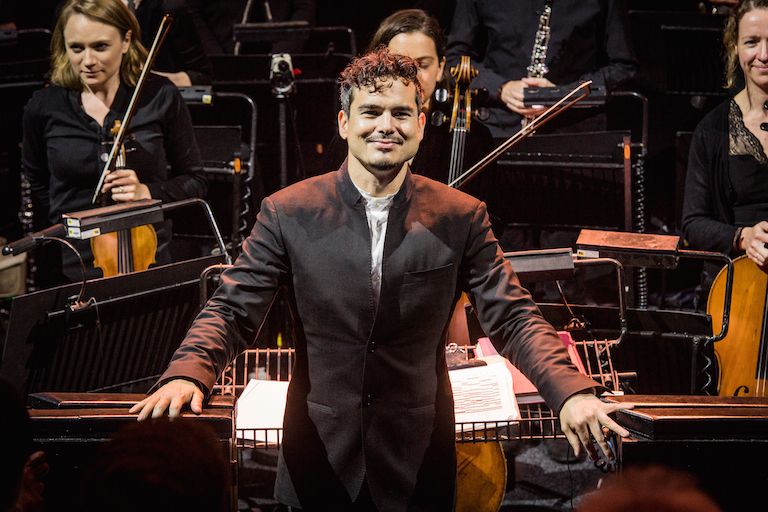 Conductor Dane Lam and director Oliver Platt collaborated over Mozart again on last year's ship-board Don Giovanni, and while this new production does not have quite the same originality of style, it has the advantage of smashing actors in the two men, whose playful clowning is deftly done, and glorious singing from the sisters.

Lam conducts the City of London Sinfonia with vim, from the hop-skip-and-jump overture to the uneasy end, with some lovely solo and luscious ensemble work. As always with Mozart, there are sublime musical moments that fly free of the often troublesome plot and simply transport the listener. And that's the most brilliant trick of all.

Così Fan Tutte is sung in Italian, with English surtitles.
by Claudia Pritchard