The soprano made opera-lovers sit up at Opera Holland Park last year, and she's back for a top Verdi role 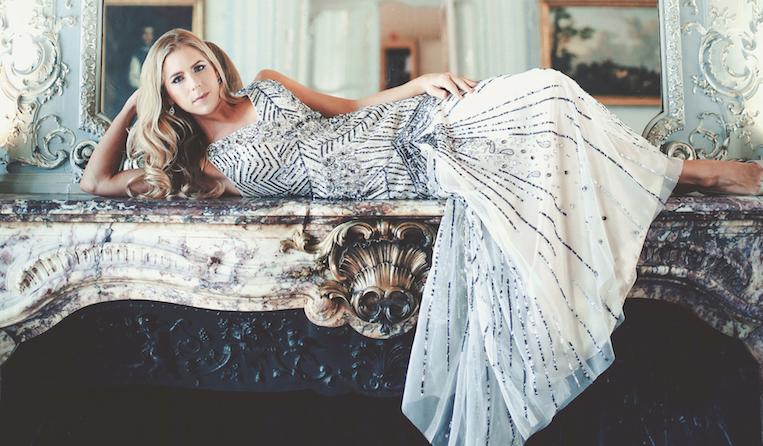 Lauren Fagan has 'three beautiful costumes' in La Traviata. Photo: Victoria Cadisch
Hits from Phantom of the Opera and Les Misérables were the family sing-along songs, but even growing up in the shadow of the great Sydney Opera House, soprano Lauren Fagan did not know that she was destined for a career on the operatic stage. But now, as at home in her flat-share in Arsenal as in her native Australia, she has a singing career that has made audiences and critics sit up.

Last year she made a big impression as Mozart's feisty Donna Anna in a stylish Don Giovanni at Opera Holland Park. Many who heard her were hoping for more. Luckily, unbeknown to audiences then, she was already signed up for 2018 by Opera Holland Park, which has a talent for picking rising artists, to sing the leading role in Verdi's La Traviata.

'No one in my family is at all operatic,' she tells Culture Whisper, but I always used to sing along to musicals, and I always wanted to be one of those kids up on the stage.' And even though she occasionally went to the opera locally, she did not head straight for a singing career. Leaving school at 18, she spent three years on a business degree, and took a job as internet sales manager.

All the while she was developing her voice, and with the help of a sympathetic employer, by the age of 24 had attracted the backing of the Dame Nellie Melba Opera Trust and enough experience to impress at Guildhall School of Music and Drama, where she joined the prestigious opera course. At the Guildhall she was in at the deep end, learning roles in double-quick time and staging scenes.

Since then she has spent two years at the Royal Opera House on the sought-after Jette Parker Young Artist scheme, and the roles have come in steadily, among them last year's Donna Anna.

'I have to really thank James Clutton [producer at Opera Holland Park]; he has a lot of trust in his singers. He cast me for Violetta before I had sung Donna Anna. I wouldn't say it was a good audition, but James has the ability to see where you might be going in a year's time...'

And a year was what it has taken to get Violetta all buttoned up. The role is one of the best known in the repertoire, packed with favourite arias and duets, and requiring the singer to be a bit of everything. Violetta must be a carefree socialite who exchanges her racy lifestyle for true love and a quiet place in the country, an invalid who hides her condition, and a mature woman who gives up her chance of contentment so that another woman can have hers. 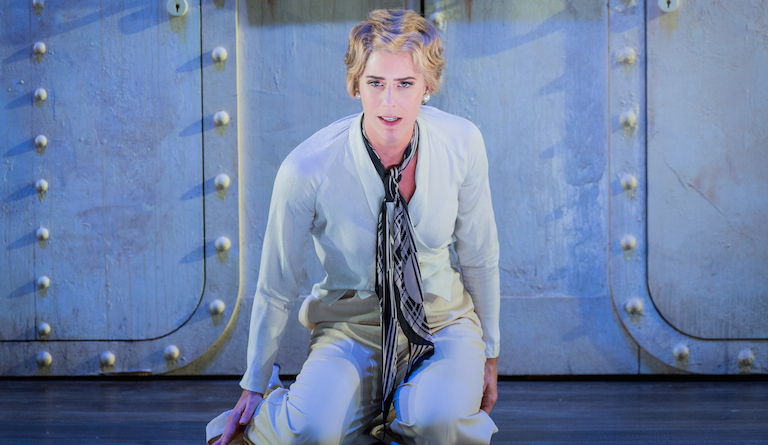 Preparing for the role has meant both listening to other singers' interpretations – Lauren particularly loves Ermonela Jaho in the role – and then stepping away, to create a Violetta of her own.

At the heart of the opera is the scene between Violetta and the father of her lover, who explains that living openly with his son jeopardises the impending marriage of his daughter. Pere Germont is sung in this production by the baritone Stephen Gadd.

'There's a big powerplay,' says Lauren, 'and Germont thinks that this woman will be a pushover. But it's not about Violetta backing down: it's about her giving up her happiness for a younger woman.'

Productions at Opera Holland Park make certain demands on its musicians – the summer opera house has a very wide, shallow stage, and the singers must work hard to avoid ending up in a straight line, while keeping one eye on the conductor, wherever they roam. With only a very few rehearsals on site, everyone is on their toes, remembering to sing 'facing directly at the audience and not at a lot of peacocks, who might not be very impressed'.

Lauren is giving nothing away about Cordelia Chisholm's design for this famously glamorous opera, but goes so far as to say that she has 'three beautiful costumes'. She adds: 'Everybody on stage looks incredible. I can't believe how they've pulled this together, and the chorus scenes are wonderful.'

'La Traviata' is at Opera Holland Park from 29 June to 28 July. There are 10 performances, and tickets cost from £20. Click here for details and booking.
Share: