54 years after the Disney classic, Mary Poppins Returns offers a fresh story which celebrates the old and welcomes in the new

We complain about the weather in lieu of saying hello, but in Mary Poppins Returns, our fair city receives a compliment before anything else happens. Hamilton mastermind Lin-Manuel Miranda is a tourist playing the guide, as his character Jack (a lamplighter who was Bert’s apprentice in the 1964 film) welcomes you in like an old friend with the opening number ‘(Underneath the) Lovely London Sky’.

Music sets up the story to begin a few years after the previous film ended. It’s the 1930s, London is going through the Great Slump and Cherry Tree Lane is washed in shades of grey. We’re here to see the Banks family, although an awful lot has changed since we last paid them a visit. 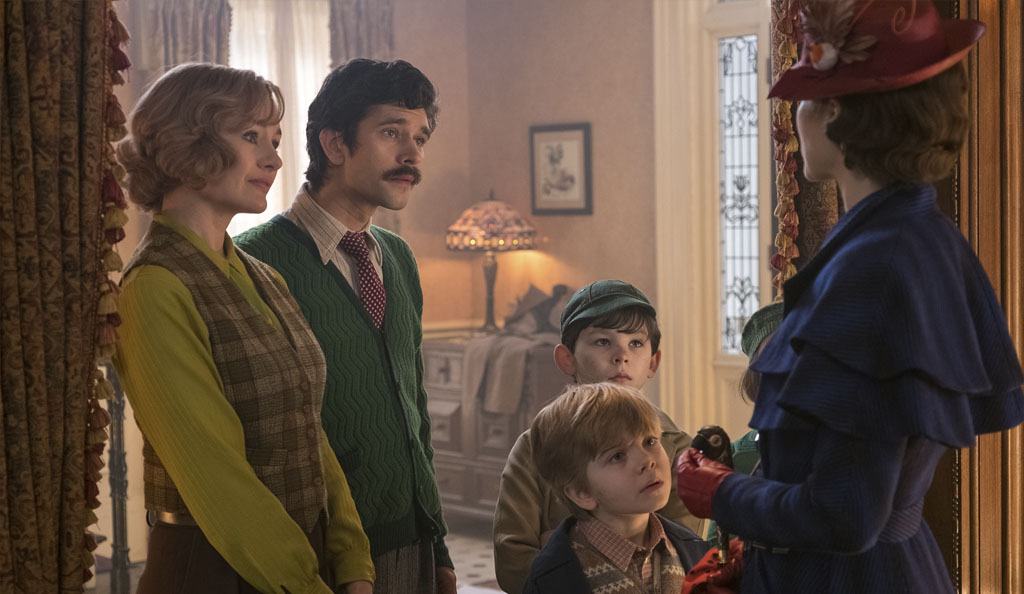 Michael Banks (Ben Whishaw) is now an adult, but he doesn’t feel grown up. He lives in his childhood home with his three children, Annabelle (Pixie Davies), John (Nathanael Saleh) and Georgie (Joel Dawson), and their maid, Ellen (Julie Walters). Michael’s sister, Jane (Emily Mortimer), lives around the corner. It’s a cosy setup, but the place seems emptier since Michael’s wife passed away.

The death of a loved one can be used as a trope to give good actors some kind of sentimental flex. It justifies incomplete sentences and strained frowning, at times exploitative of a pain that, you’d imagine, couldn’t feel more raw. But Mary Poppins Returns judges the tone perfectly, as Whishaw turns an incomplete role into something more poignant.

Things go from bad to worse for Michael when he's given an ultimatum by a good lawyer/bad lawyer pair threatening his home because of unpaid bills. The Banks family needs help, and there is still only one person for the job. Kite in one hand, magic bag in the other, Mary Poppins floats down once more to take care of the Banks children of all ages. 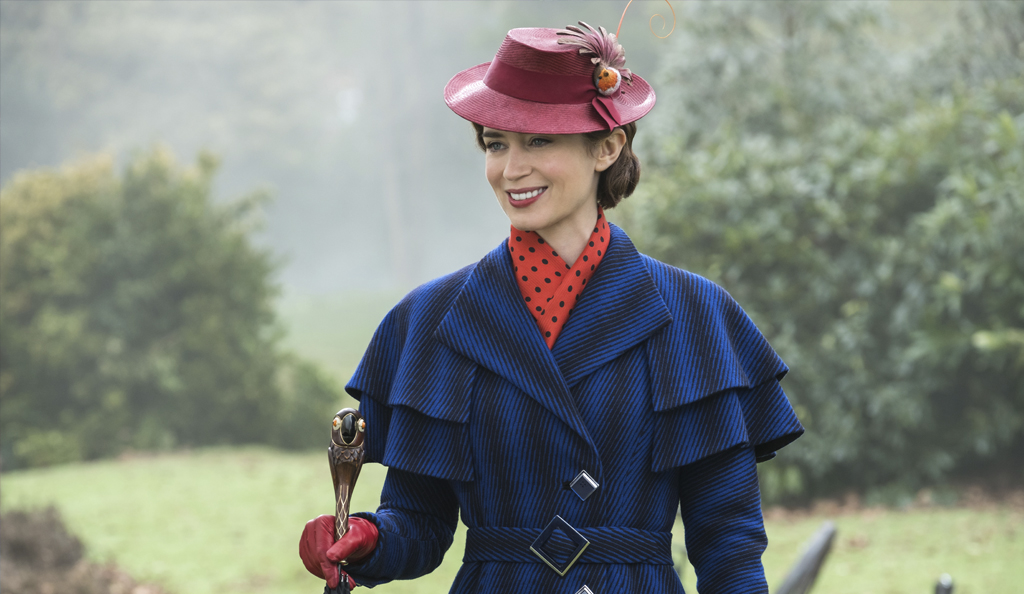 The shadow of Julie Andrews, who first played the nanny, should loom large – but Emily Blunt blooms into character. Mary Poppins still offers magnanimous patience to the people around her, and Blunt’s performance frolics with humour and surprise. The exactitude in her posture and the almost pantomimic precision of her elocution emphasizes the big shoes she's filling, while the subtlety in her reactions, both elegant and amusing, makes her so easy to love.

Cherishing the old while showcasing what’s new, the music uses our protective nostalgia to unearth new feelings. There are winks to the instrumental flair of the Sherman Brothers, the songwriting duo who wrote the score of the first film as well as countless Disney classics. It’s terrific fun to notice the original Poppins quotes weaved into the new songs, while sensing a deliberate homage to the heroes' back catalogue – from the unmistakable playful clarinet of The Aristocats to the trumpet-loving scat singing in The Jungle Book.

Visually, glorious pastel colours fill the world with delicious imagination. Mary Poppins addresses the ridiculousness of ‘stuff and nonsense’ with a polite side-eye and a wise nod, before diving backwards into a bathtub and exploring ocean leagues and soapy foam clouds during ‘Can You Imagine That?’. 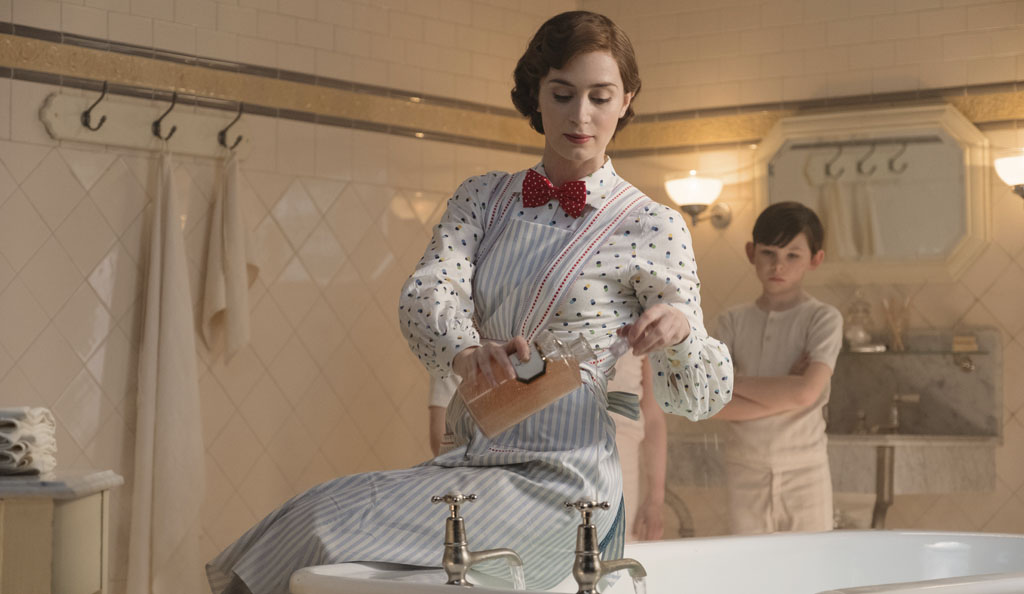 Emily Blunt makes Poppins her own

The chalk fantasy drawing sequence that featured the delightful ‘Jolly Holiday’ in 1964 is now mirrored by the Royal Doulton Music Hall scene in the sequel. You can hear the echo of porcelain with every footstep, and costume designer Sandy Powell proves herself as a master of trompe l’oeil with showstopping hand-painted suits.

The world of fantasy reaches its peak with a musical number drenched in pink and purple stage lights, which pays tribute to director Rob Marshall’s biggest success, Chicago. It’s an exhausting but consistently marvellous pastiche of mementos and influences, which still achieves incredible innovation off its own back.

Everyone expects a happy ending from a Disney film, but this one feels deserved. Not every joke lands and some moments are too recognisable to really lift off, but the emotional catalyst – cherishing loyalty, protection, and memory – gives this miraculous sequel a reason to exist.

When you think of pathetic fallacies, the adjective often points to the negativity of a rainy day. But in the final images of Mary Poppins Returns, clouds are replaced with balloons and the weightless hope feels infectious. It really is lovely to see the London sky look so blue. 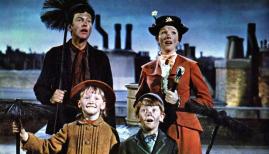