From charming Walt Disney to being taught to sing by Julie Andrews, child actress Karen Dotrice recalls her experience of playing Jane Banks in the original Mary Poppins film 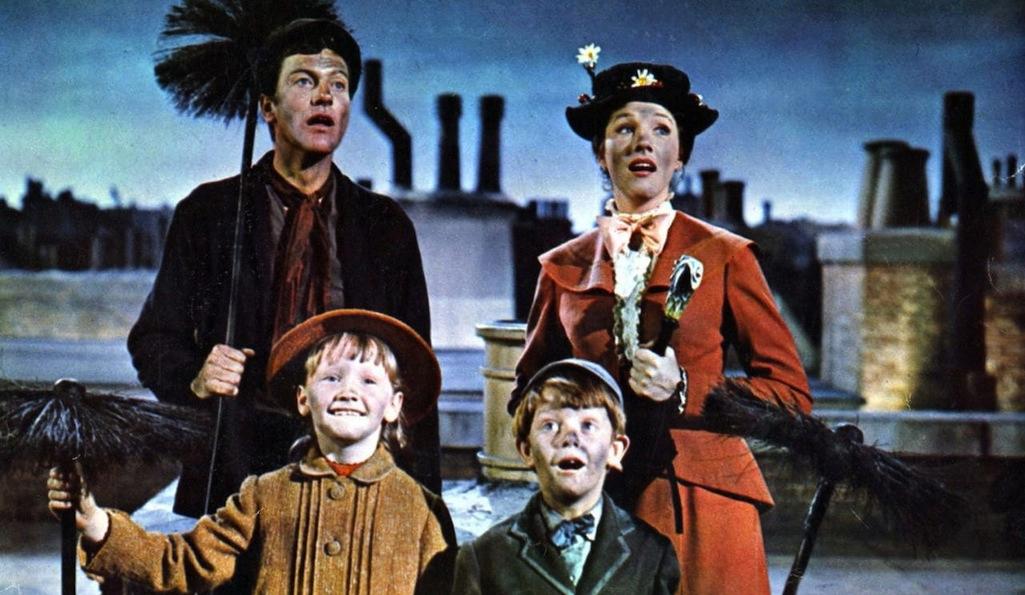 Interview: Mary Poppins actress Karen Dotrice
Karen Dotrice was just eight years old when she left her home in Warwickshire for Hollywood. She was to play the part of Jane Banks in Walt Disney’s 1964 movie Mary Poppins, based on the books by P.L. Travers. Dotrice already had one Disney film under her belt, having played the young Mary McDhui in The Three Lives of Thomasina when she was six. It was on the set of Thomasina that she and her co-star Matthew Garber [who played Michael Banks in Mary Poppins] were scouted for what would become one of the best-loved Disney films of all time. 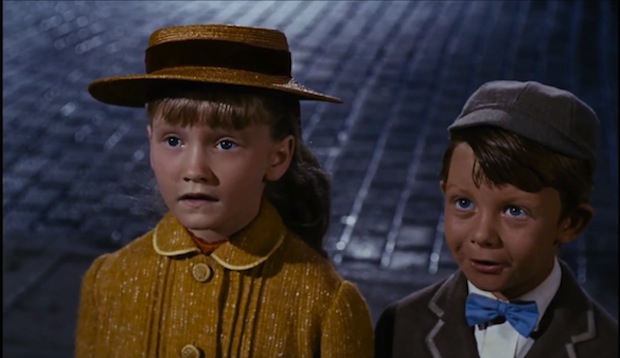 Despite being set on the cobbled, cherry-blossomed streets of Edwardian London, Mary Poppins was filmed entirely at Walt Disney’s Burbank Studios in LA. ‘There was nothing remotely English about it, especially not Dick Van Dyke’s accent,’ laughs Dotrice. ‘It was very convincing to us when we were there though, the rooftops of London looked just like the real thing back home.’

Dotrice had never been to America before, let alone the glossy world of Hollywood. The Three Lives of Thomasina had been filmed far closer to home in Scotland. Much like her character Jane’s wonderment at a world sprinkled with Mary Poppins magic, Dotrice found herself in awe of her new Hollywood surroundings. ‘My most vivid memory was landing in Los Angeles, which to me was a fairyland of warmth and magic,’ she recalls. ‘Coming from the Cotswolds, this land of palm trees, huge cars and tanned people wearing shades was so exciting.’ 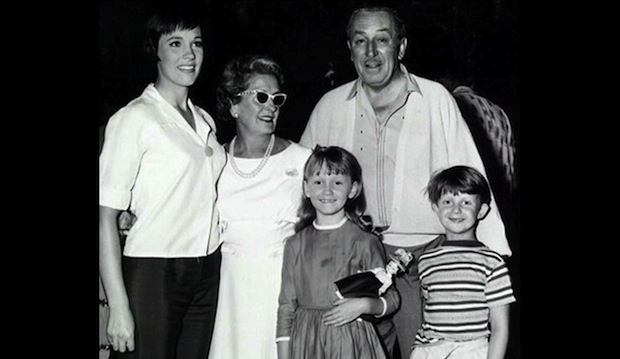 Dotrice is one of few living actresses to have worked directly with the late Walt Disney, who passed away in 1966, two years after Mary Poppins was released. Disney had waited 20 years to get the rights to Mary Poppins from P.L. Travers, who had initially been reluctant to see her stories turned into a movie. The film producer had promised his daughter Dianne he’d one day make Mary Poppins into a film, and when the dream finally began to fall into place, it became his baby.

‘Walt was down on the set most days,’ recalls Dotrice. ‘I remember seeing his face behind the camera beaming from ear to ear as he watched his project come to life.’ Dotrice has memories of Disney bounding over to her and Garber at the end of scenes, full of hugs and praise. ‘To adults, he was this tough studio head but to me he was Uncle Walt; a jolly, ticklish, tubby Midwesterner,’ she laughs. ‘He was a loving, sweet man.’

One of Dotrice’s most vivid memories from her early days on set was being taught to sing by Julie Andrews, who played the title role in the film. Dotrice had been sent the film’s songs to learn while she was still in Warwickshire, and was given singing lessons by Denne Gilkes of the Royal Shakespeare Company. 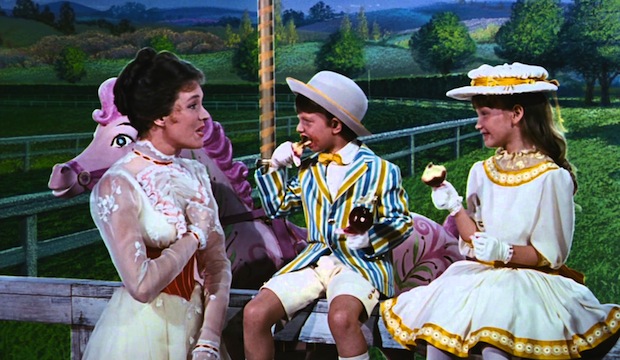 Julie Andrews, Matthew Garber and Karen Dotrice on the set of Mary Poppins

‘I remember going to see her in Stratford-upon-Avon to learn The Perfect Nanny, which was my solo, but when I got to LA and performed it in front of a live orchestra, everyone – including Richard and Robert Sherman who wrote the song – had to stifle their laughs because I’d been trained to deliver it with an opera warble,’ she chuckles. It was Julie Andrews who retaught Dotrice how to sing. ‘She redirected me as to what the song was about; that it’s a little girl asking for a nanny, not an old opera singer begging for a job!’

Dotrice also has warm memories of working with Dick Van Dyke, who plays the happy-go-lucky chimney sweep Bert (and Mr. Dawes Senior) in the film. ‘He was always pulling pranks on set and making us laugh,’ she says. ‘ He was really the kid on the set, not us.’

Among its magical moments, Mary Poppins sees its characters pop in and out of chalk pictures, ride runaway merry-go-round horses and laugh their way up to a tea party on the ceiling. Not all stunt-filled scenes were CGI enhanced, either. ‘In the tea party scene we were suspended from wires above the ground, with mattresses on the floor in case we fell,’ Dotrice reveals. ‘Us kids probably would have been fine if we’d fallen, but for Ed Wynn [who played Uncle Albert] it would have been a bit sketchy.’ 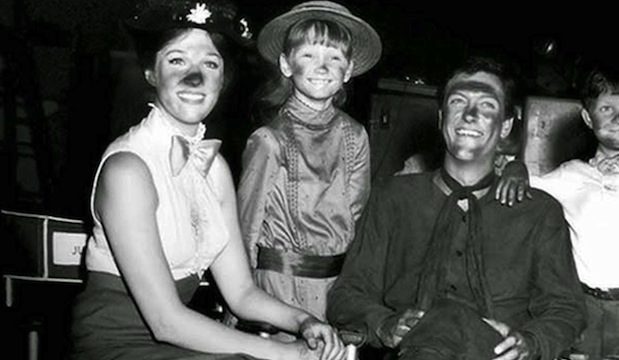 Dotrice has remained close with her co-stars Andrews and Van Dyke every since filming Mary Poppins, living virtually next door to each of them at different times in her adult life. ‘Julie used to live next door to me in Brentwood and Dick is my neighbour now in Malibu; I see him in the supermarket sometimes.’ Dotrice was officially reunited with Van Dyke on the red carpet at the premier of Mary Poppins Returns. ‘He’s 93 now, but he was strutting the red carpet and stopping to do interviews along the way. He’s as lively as he ever was.’

The original Mary Poppins took a total of nine months to film. After which, returning to her small primary school in the Cotswolds wasn’t easy for Dotrice. ‘I couldn’t wait to get back to normal life, but the teachers treated me terribly and most of the school seemed to hate me. Thankfully, I had two very dear friends, Hannah and Sandra, who were there to greet me with open arms,’ she recalls. 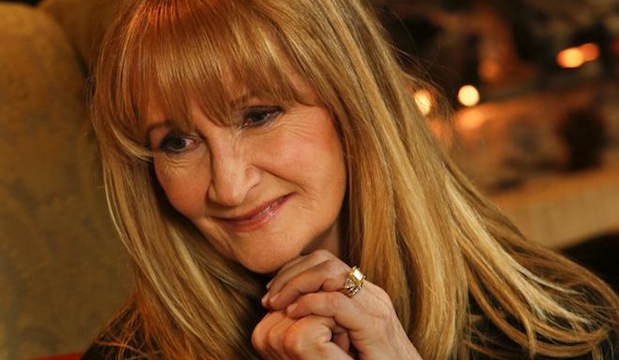 Karen Dotrice now lives in LA with her family

Despite her film credits and coming from a family of actors, Dotrice believes acting didn’t come naturally to her. Following Mary Poppins, she and Garber starred in one more Disney title together, 1967 film The Gnome-Mobile. After that, Dotrice went on to act in the BBC's Upstairs Downstairs as a teenager and the 1978 film The Thirty-Nine Steps as a young adult, after which she decided to give up acting for good. ‘I’d just won an award [Best Newcomer at the 1979 Evening Standard British Film Awards for her role in The Thirty-Nine Steps] and decided I should quit while I was ahead.'

The pressures faced by former child actors are well documented, but in leaving behind the acting world on her own terms, Dotrice emerged into adulthood relatively unscathed. Fast-forward to 2018 and she's living in LA with her second husband (TV producer Ned Nalle), has three adult children, and is fervently working on launching an animal rescue-focused TV network, Born Free TV, together with British wildlife protection charity Born Free. ‘We’re hoping to encourage armchair activism through it,’ says Dotrice. 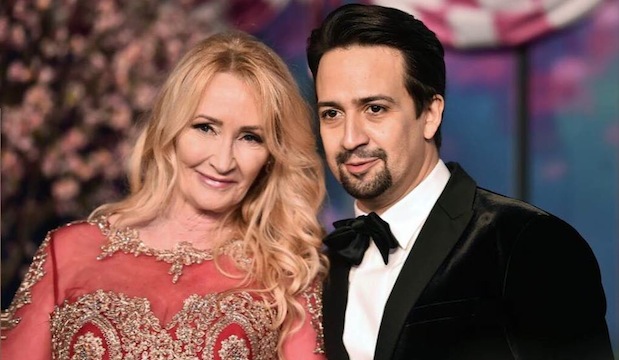 More than 50 years since the first Mary Poppins film was released, its sequel Mary Poppins Returns comes to cinemas in time for Christmas 2018. Dotrice, who hasn’t acted in years, was thrilled to be asked to make a cameo appearance in it. ‘Three quarters of the way through the movie I appear walking down the street and ask the new Jane Banks (Emily Mortimer) a question,’ she reveals. 'It’s sweet; Disney has always been so inclusive of me.’

LA’s Burbank Studios have been swapped for Shepperton Studios in Surrey. Here, Cherry Tree Lane has been created ‘in extraordinary detail’, while several of Disney’s 2D animators have been brought out of retirement to help recreate the magic and innocence of the first film. 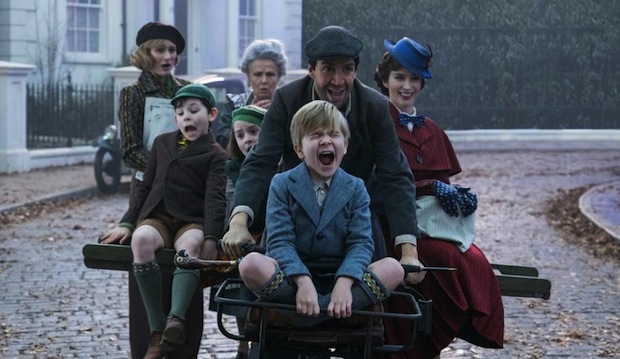 The cast of Mary Poppins Returns, featuring Emily Blunt in the title role

Dotrice reels off sugar-sweet memories and warm, fuzzy anecdotes from her time filming Mary Poppins as if the whole thing happened last week. But how does she feel the experience of acting in one of the most well-known Disney films, which has since been watched by billions worldwide, shaped her life as a whole? ‘Looking back, I just think: God, I was lucky to be picked for that,’ she says. ‘That bit of kismet changed the whole course of my life. Here I am now in Malibu looking out over the ocean. I live in Los Angeles because I’m comfortable here, and that’s because of Uncle Walt,’ she says. ‘If I hadn’t played Jane Banks, I don’t know what my life would have been like.’