On Your Feet! London Coliseum

On Your Feet! The Story of Emilio and Gloria Estefan inspires a new musical at London's Coliseum

The show follows the couple on their journey to become chart-topping megastars and features hit songs from their international careers including ‘Rhythm is Gonna Get You’, ‘Conga’, ‘Get On Your Feet!’, ‘Don’t Want To Lose You Now’ and ‘Turn the Beat Around'.

The couple's fame and fortune did not come without struggles. Gloria suffered a devastating back injury in an accident and her career as a performer looked like it had come to an end. However, after a long recovery the singer made an extraordinary comeback and achieved success once again. 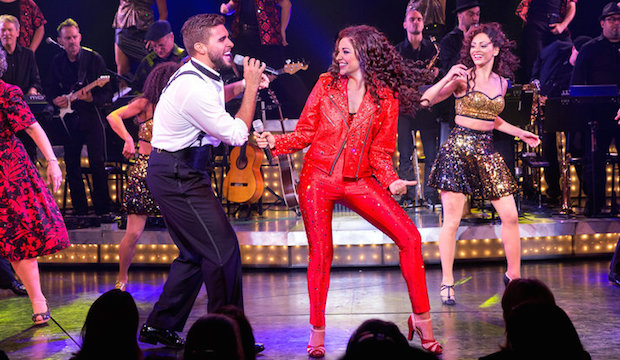 Gloria Estefan herself has expressed her excitement for the musical’s UK run: ‘To have our life story playing on the stage of the iconic London Coliseum is a dream I could never have imagined coming true. I am thrilled and excited beyond words!’.

This musical for Latin lovers and Estefan superfans is directed by award-winner Jerry Mitchell (Kinky Boots, Legally Blonde) and tickets are available to purchase now. There will also be seven performances prior to the London run at Curve, Leicester from 3 – 8 June 2019. Visit their website for details.