The Gruffalo and The Snail and the Whale in Concert, Royal Albert Hall

More specifically, a double bill of the animated films, produced by Magic Light Pictures, of The Gruffalo and The Snail and the Whale, accompanied live by the BBC Concert Orchestra, at the majestic Royal Albert Hall, will do it.

Add in an on-stage appearance by Julia Donaldson and Axel Scheffler themselves? We're marking May 29th, 2020 in our diaries now.

As if you needed an extra incentive, the animated films boast all-star casts. The Gruffalo includes the voices of Helena Bonham Carter, Robbie Coltrane, James Corden, John Hurt and Tom Wilkinson, while The Snail and the Whale features the vocal talent of Rob Brydon, Sally Hawkins, and Dame Diana Rigg.

There are three performances to choose from, including a relaxed showing at 11:30am (suitable for children and adults with autism, sensory and communication impairments and learning disabilities as well as those who are deaf, hard of hearing, blind and partially sighted).

René Aubry has done the score for both films, and it will be the first time the The Snail and the Whale is performed live. Terry Davies will conduct.

Need some Julia Donaldson action before May? Tabby McTat and The Scarecrow's Wedding are both on stage in London this December. 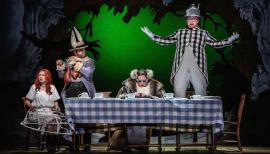 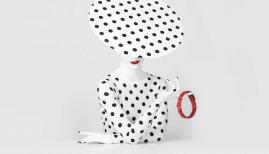 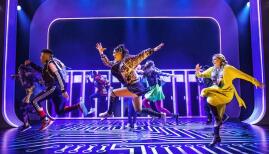 Be More Chill, The Other Palace Theatre review