Here are the best shows to book now for autumn and winter's Christmas season for your toddler, from Peppa Pig to panto. 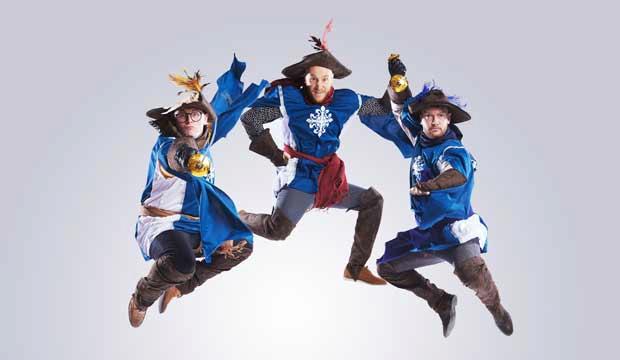 Don't miss Goldilocks and the Three Musketeers, the latest fairy tale panto from beloved comedy trio, Sleeping Trees, which sees Goldilocks teaming up with the Musketeers to rescue Wonderland. She'll need help from the audience, too! 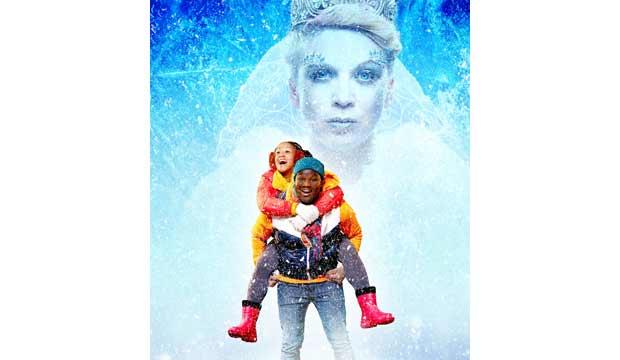 Frozen fever, much? Let it go - and head to north London's Park Theatre for the original ice-princess story, The Snow Queen, adapted from Hans Christian Andersen's tale by Charles Way and directed by Abigail Anderson. The story follows Gerda on a journey through the seasons to save her best friend Cei, as she meets with talking reindeer, bickering flowers and confused royals. The show is nearly two hours long, so is better suited to kids aged 5+. 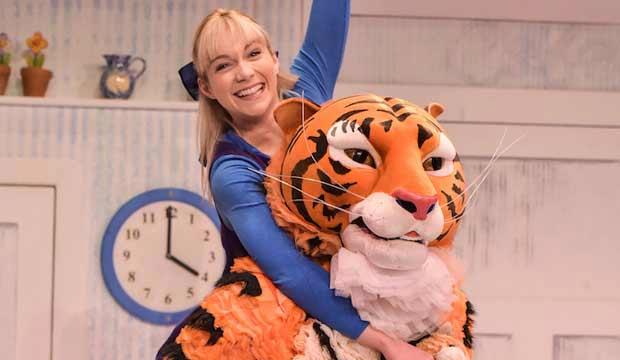 The Tiger Who Came To Tea, Theatre Royal Haymarket

He's back! Our favourite furry friend returns to the West End stage this December in this delightfully sweet musical for the five-and-under set. A colorful set and lots of happy singing ensures it's not at all scary. 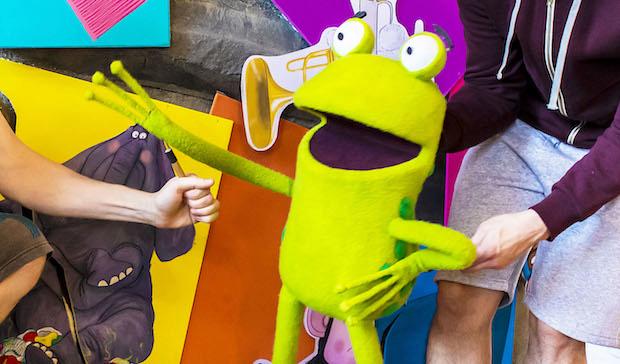 As a parent, you will read hundreds of picture books. Out loud. So the ones that get it so, so right quickly become firm favourites. Kes Gray and Jim Field's best-selling Oi Frog! is one that ticks every box, so we can't wait to see the characters come to life on stage. And oh, the rhymes. Your toddler won't be able to get enough of them. Cats sit on mats, right? Or is it gnats? 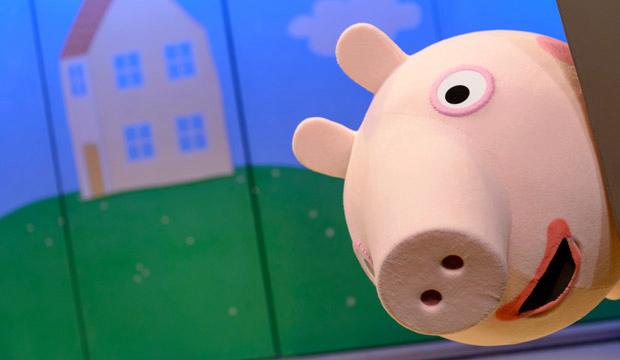 This family show takes kids on a journey into Peppa's family day out with George, Mummy Pig and Daddy Pig. Road trip! Not only are the most famous pigs on the planet here for the ride, Miss Rabbit, Mr. Bull, Suzy Sheep, Gerald Giraffe and others all make an appearance as the family visits castles and caves, spots dragons and dinosaurs, eats ice creams and jumps in muddy puddles. 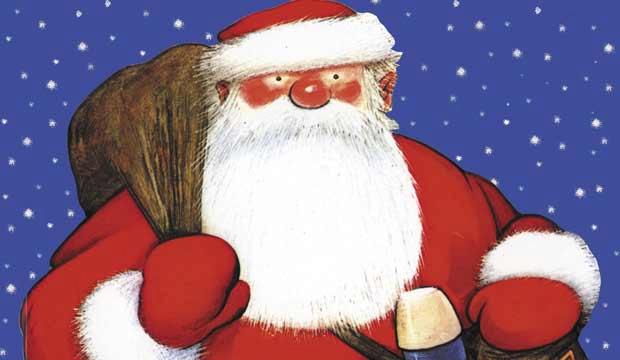 Santa Claus is coming to town... and he's landing on stage at the Lyric Hammersmith. Follow his adventures as he wakes from a relaxing dream to find he's got quite a bit of work cut out for him: it's Christmas Eve. And the kids need their presents. This show is suitable for children 6 and under. 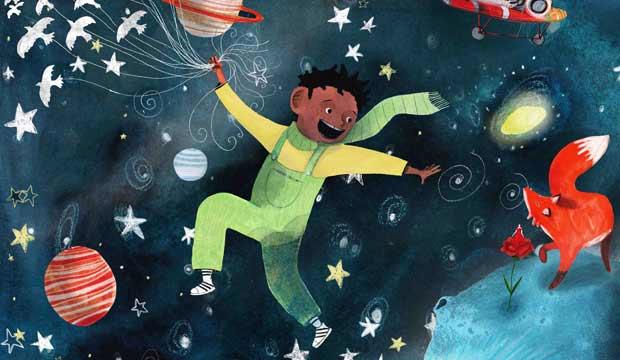 This gem of a theatre in Clapham is bringing Antoine de Saint-Exupéry’s classic, The Little Prince, to the stage this festive season in an adaptation by Sally Pomme Clayton. Perfect for young adventurers, this story will take little ones all the way to the Moon and back, as the Prince meets a clever fox, magical snake and king with no subjects. Expect puppetry, live music and heartwarming Christmas storytelling that reminds us that the most beautiful things cannot be seen or touched, but are felt in the heart. 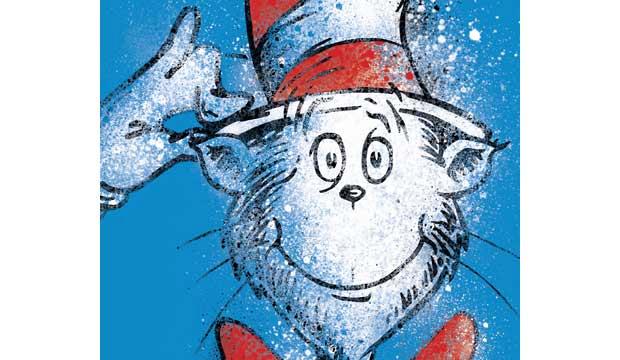 The Cat in the Hat, Turbine Theatre, Battersea

The Cat in the Hat is the debut family show at Battersea's Turbine Theatre this festive season. Kids will love to see the antics of the mischievous Cat on stage - and this adaptation from Katie Mitchell is a great intro to theatre for the toddler set. 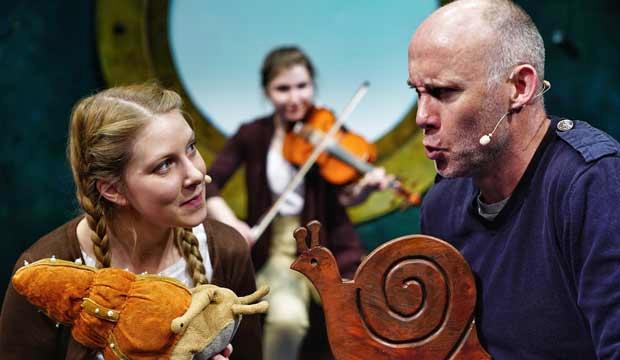 The Snail and the Whale, Apollo Theatre

Julia Donaldson and Axel Scheffler's beloved tale, The Snail and the Whale, is crawling to the West End this November, with music, storytelling and plenty of adventure as we learn all about an adventurous snail's journey around the world on the tail of a humpback whale - and how the tiny snail rescues his big friend. 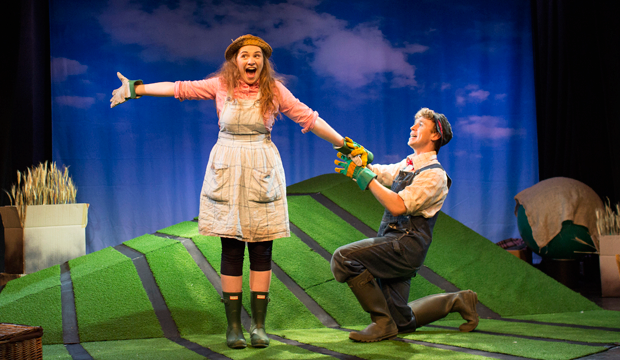 "Betty O'Barley and Harry O'Hay were scarecrows. (They scared lots of crows every day.) Harry loved Betty, and Betty loved Harry, So Harry said, 'Betty, my beauty, let's marry! Let's have a wedding, the best wedding yet, A wedding that no one will ever forget.'" So begins Julia Donaldson and Axel Scheffler's story of two scarecrows preparing for their wedding. It's when the couple sets off on a hunt of everything they'll need for the wedding that some drama ensues... in the form of rakish scarecrow Reginald Rake. Scamp Theatre's production - the same team behind the celebrated Stick Man - is directed by Eva Sampson and has all of the ingredients you need in a hit children's theatre show: singing, dancing, silliness, laughter and Julia Donaldson's fabulous rhymes. 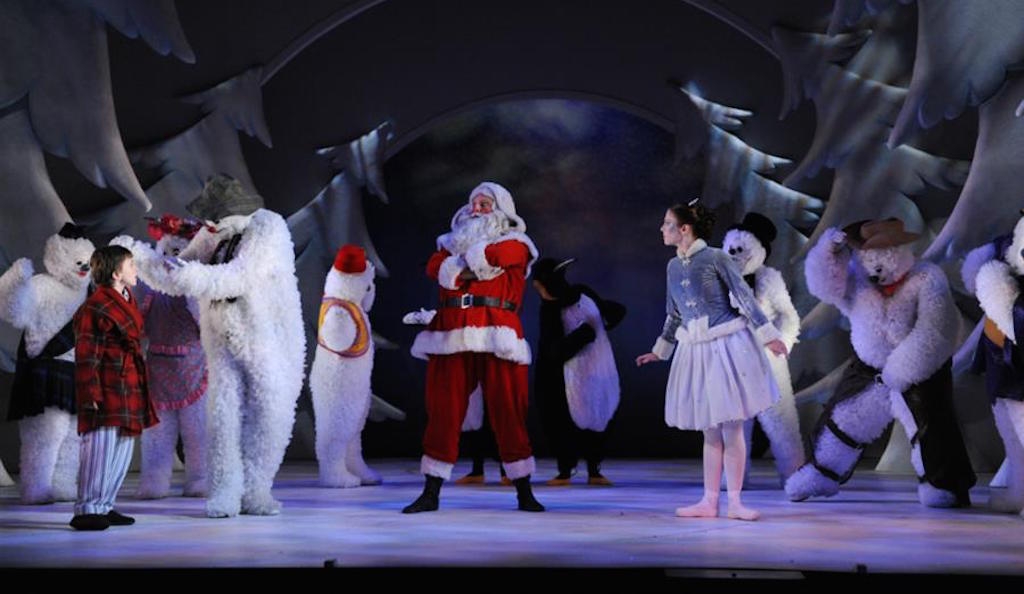 The flying snowman from Raymond Briggs' world-famous picture book will once again touch down at the Peacock Theatre this November ready for the Christmas season, courtesy of the Birmingham Repertory Theatre. A dialogue-free show, it features Howard Blake's score performed by a live orchestra and follows a boy and his snowman on a Christmas adventure, where they encounter everything from dancing reindeer to Father Christmas himself. 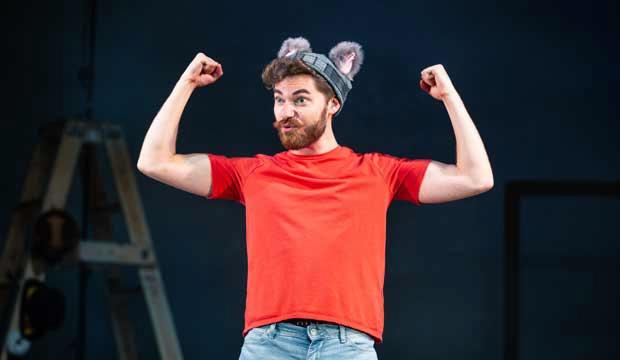 Who can resist Julia Donaldson and Axel Scheffler's rhyming verse - or the busker's cat who meee-ews at the old guitar? The team behind the fantastic recent production of Zog is back with Tabby McTat this festive season - sure to delight your toddler. 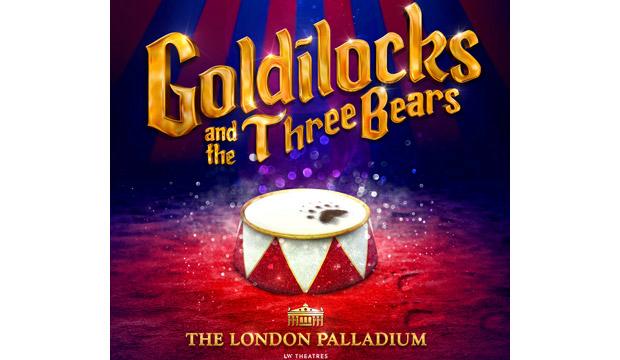 Goldilocks and the Three Bears is landing at the London Palladium for a five-week stint in December 2019, starring Paul O'Grady as the Evil Ringmaster, Matt Baker (Joey the Clown), Julian Clary (Ringmaster), Paul Zerdin (Silly Billy), Nigel Havers (Daddy Bear) and Gary Wilmot (Dame Betty Barnum). The premise? Dame Betty Barnum and her daughter Goldilocks' circus is under threat from an evil rival circus owner, and they're singing and dancing their way to rescue their circus from ruin, with the help of three bears who join the gang. In addition to the usual panto fare, Goldilocks and the Three Bears will include specialty acts like illusionist Phil Hitchcock, Italian roller-skating duo,The Skating Medini, 'Rola Bola' Sascha Williams (you may recognise him from BGT) and Peter Pavlov, Europe's youngest stunt rider. The show is directed by Michael Harrison, with choreography from Karen Bruce. 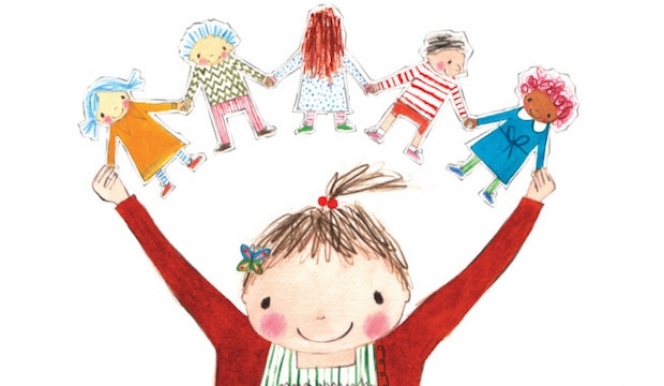 The Paper Dolls, based on the book written by Julia Donaldson with illustrations by Rebecca Cobb, is landing at the New Wimbledon Theatre, with "spellbinding" songs and puppetry. Polka Theatre's involved in the production, so you know it'll be a good one. 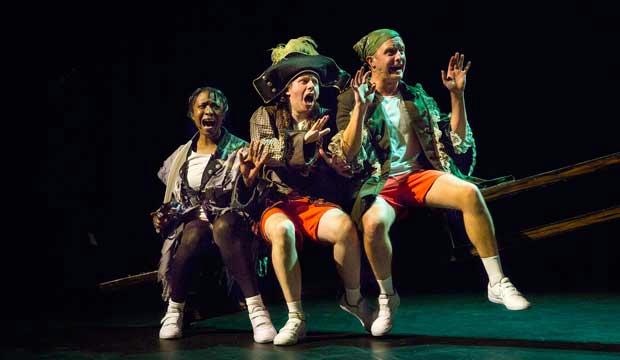 Part of the Christmas in Leicester Square festivities this season, Captain Flinn, presented by Les Petits Theatre Company, brings Flinn, Pearl and Tom's adventures and antics to the stage as they're kidnapped by a T-Rex and forced to hunt for the Magic Cutlass. With live music, puppetry and dinosaurs - what more could your three-year-old wish for? Based on the award-winning book from Giles Andreae and Russell Ayto, 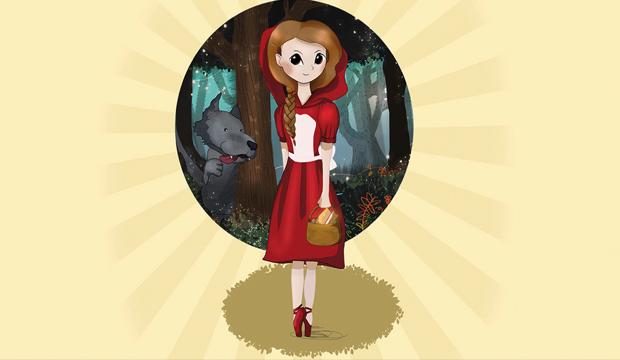 Because it's never too soon to introduce your little one to ballet and Leeds-based Northern Ballet specialises in narrative works – an expertise that comes in handy when creating ballets specifically for children. Don't miss their production of Little Red Riding Hood at the Royal Opera House this November. And watch out for big, bad wolves.