Beasts of London at the Museum of London, in partnership with the Guildhall School of Music and Drama, is a fascinating interactive exhibition focusing on London's animal inhabitants.

Taking visitors on a tour from prehistory to the present day, Beasts of London, at the Museum of London in partnership with the Guildhall School of Music and Drama, features nine episodes, or chapters, each inspired by an item in the museum's collection, using a mixture of analogue and digital storytelling to bring the chapters - and animal narrators - to life.

Alongside Guildhall students, famous Londoners have been recruited to voice the beasts, including supermodel Kate Moss as the fox, Brian Blessed as the bacterium responsible for the Great Plague of London, Joe Pasquale as the dormouse, Pam Ferris as Aquila the Eagle, Nish Kumar as Thomas the horse, Angellica Bell as the Rat and Stephen Mangan as Governatore, Henry VIII's horse.

What makes this exhibition work so well for children of all ages is that there is a dedicated space to explore each animal, from the rocks you perch on to learn about the prehistoric mammoths and lions that lived here for centuries through to the Roman arena and the menagerie of pets locked up in the Tower of London. 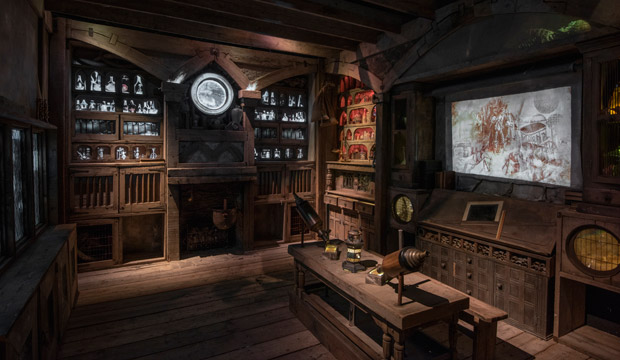 The apothecary - site of the Great Plague - is one the highlights. Set in a true-to-life old-school apothecary with Harry Potter digital-effects magic enhancing the potions, the vignette features a conversation between multiple animals: the cat, the rat and the flea, all blaming one another for spreading the bubonic plague (eventually the villain, the bacterium voiced by Brian Blessed, admits he's the cause).

Guildhall's Dan Shorten, Creative Lead of Beasts of London, said the exhibition is about "investigating familiar things in an unfamiliar way." Those used to thinking of London's rats as the most repulsive of vermin (us!) may even find themselves sympathetic to the rats' plight after learning how they were put in a pit with terrier "Tiny the Wonder," who could kill up to 200 of them in less than an hour.

More kid-friendly rooms await, including a PT Barnum circus tent (sure to be a hit with fans of The Greatest Showman) and a room with carousel horses that kids can climb on as they listen to the history of London's many mares, from the aristocratic to the military to cart horses, racing horses and those that carry our present-day police officers. 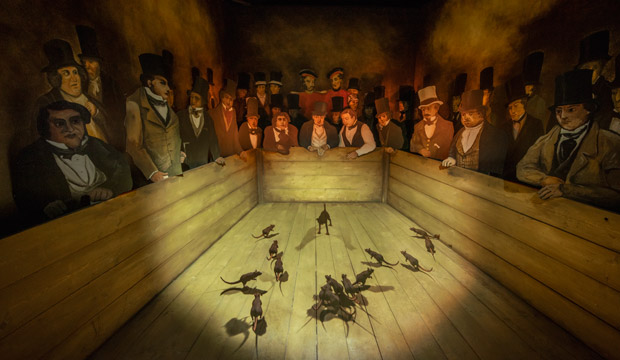 The exhibition pays homage to London's pigeons with a giant pigeon sculpture, designed from - what else? - London taxi parts. The final room takes us to a typical London street, where we see a domesticated pug, cat and bird inside a house, as a fox (Kate Moss) prowls along outside.

While the exhibition is recommended for kids 7+ (don't miss all of the associated events in the coming months, which includes everything from crafting animal masks and footprints for kids to taxidermy for their parents), there was a two-year-old happily making his way around and there are plenty of interactive elements for younger kids to enjoy. Older ones will get the kind of history lesson they love: at times emotional, at times gruesome, and always riveting. They may even start thinking more fondly of rats. 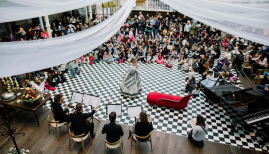