The world has gone wild for fashion exhibitions. It's a mania that can be loosely traced back to the frenzied, queuing crowds at The Met's Alexander McQueen: Savage Beauty and right up to the staggering thirst for the V&A's recent Christian Dior retrospective.

Thanks to the enduring popularity of our Best fashion exhibitions in London feature, we've decided to go beyond the capital, and seek out the best International Fashion Exhibitions across the globe. 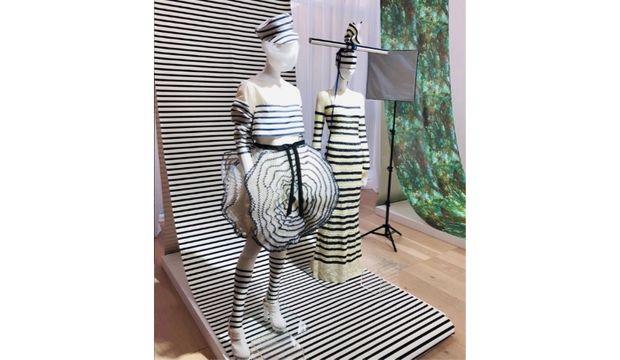 Celebrating a long-lasting relationship with Japan's Onward clothing company, 13 pieces of Jean Paul Gaultier Haute Couture go on show at this new addition to Tokyo's architectural gems. A Breton-striped themed café and a video of the original Parisian version of Fashion Freak Show ensures a feast for the senses, and plenty of content to share with your social media followers.

Designed by Japanese studio Nendo to look like a stack of boxes, Kashiyama Daikanyama is a lifestyle complex (aka modern mall) housing stores including Kenzo and Opening Ceremony and the French restaurant Coteau. 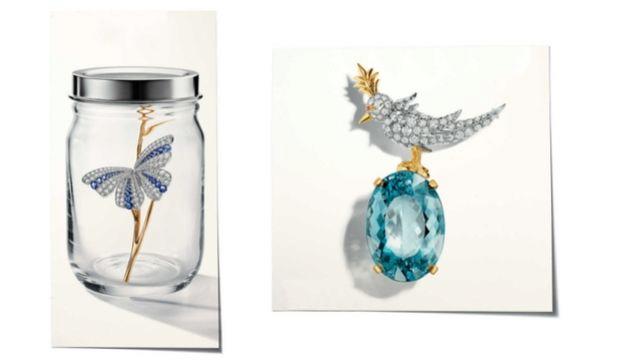 As exhibitions of fine jewellery go, we say the blingier the better. And, as you would expect from a household name in gems and precious metals, this is a dazzling example.

The exhibition is built around six chapters, including the brand's association with love thanks to founder Charles Lewis Tiffany who is credited with creating the first diamond engagement ring.

There's also ephemera from classic movie Breakfast at Tiffany's, a celebration of Tiffany blue, and the artisanal custom pieces found in its Blue Book Collection. 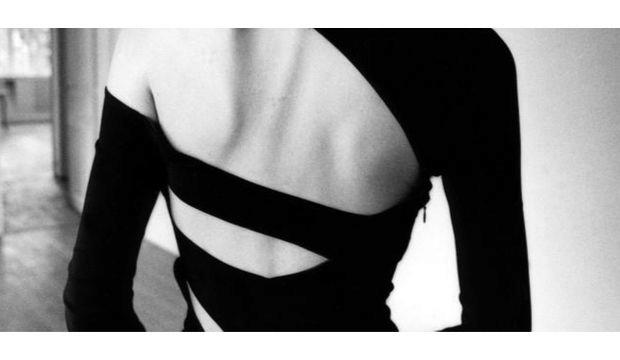 Back Side – Fashion From Behind, Musée Bourdelle, Paris

From rows of tiny cloth-covered buttons to skin-baring slashes, a nylon designer backpack to avant-garde protuberances: often the rear view of fashion is as important as its front. This is a theory explored in a new exhibition presented by Palais Galliera curator Alexandre Samson.

As the Palais Galliera is currently closed, the exhibition has been mounted at Musée Bourdelle where the sculptures of Antoine Bourdelle create an interesting dialogue for this exploration of an oft-overlooked dimension of fashion design and the bodies that inspire it. 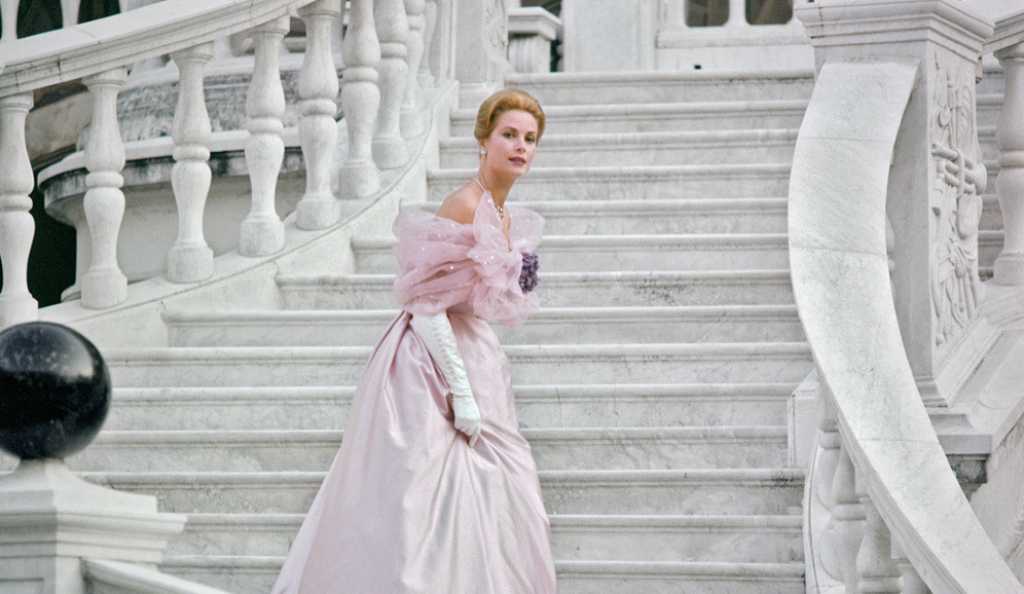 The Christian Dior Museum in Granville, France, has opened the doors to a show dedicated to celebrating Grace Kelly’s inimitable style and her lasting association with the brand.

The exhibition boasts 85 awe-inspiring, hand-crafted dresses, a large number of which came from Kelly's personal collection, preserved in the Monaco palace. Fashion historian Florence Müller, the curator of the exhibition, discovered that one third of her preserved wardrobe consisted of pieces by Dior. 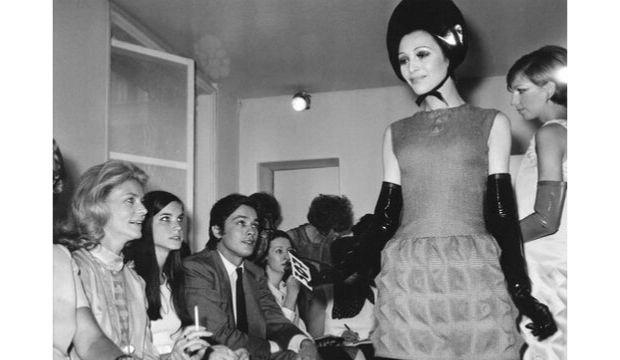 It won't have escaped your attention that 2019 marked 50 years since Armstrong and Aldrin landed on the moon. And while the space race itself has been commemorated in film form, wouldn't it be interesting to look at how it affected other parts of the culture of the time?

Step in Matthew Yokobosky, Senior Curator of Fashion and Material Culture, Brooklyn Museum, who is responsible for Pierre Cardin: Future Fashion. This new retrospective — the first in New York for 40 years — looks at the work of the designer best known for his obsession with the Space Age and futuristic design vision for fashion, furniture and industrial design.

More than 170 objects including haute couture, ready to wear, accessories and ephemera communicate the innovative way that Cardin not only designed and constructed clothes, but how he built his democratic fashion business as well. 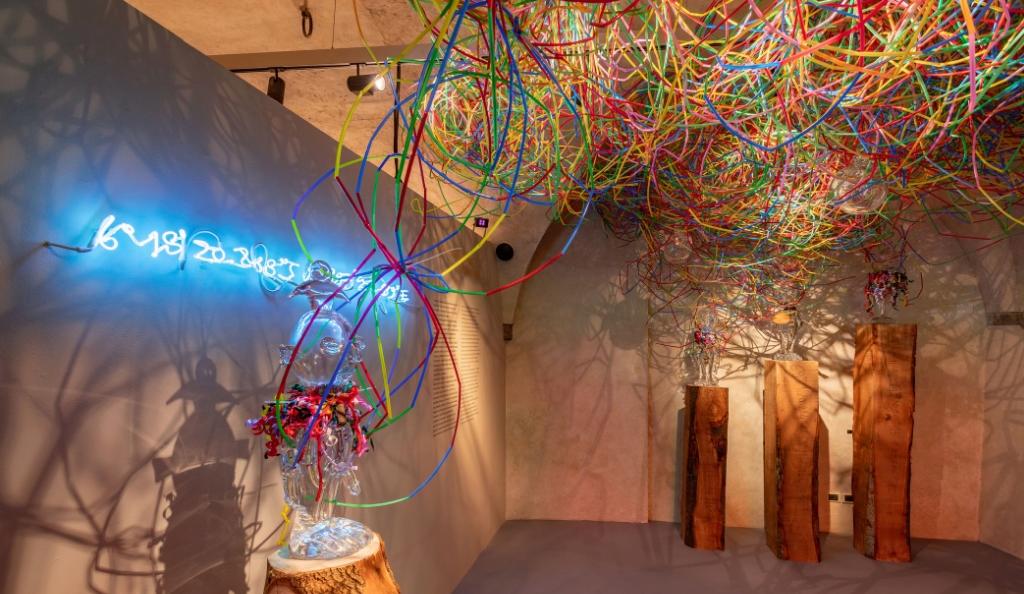 An exhibition exploring sustainability through the lens of fashion processes has landed in Florence. Salvatore Ferragamo's revolutionary use of natural, recycled and innovative materials – as well as the company’s more recent experimentation with environmentally friendly materials and techniques – will feature.

In addition to the historic creations of Salvatore Ferragamo, the exhibition features his more recent work, including the Orange Fiber capsule collection, launching in 2017, and the dress Elizabeth Chambers wore for the Green Carpet Challenge last year, designed by Paul Andrew and made from perPETual. The exhibition also showcases pieces from other sustainable designers such as Eileen Fisher, Stella Jean, Christopher Raeburn, KUON, Nous Etudions (among others.) 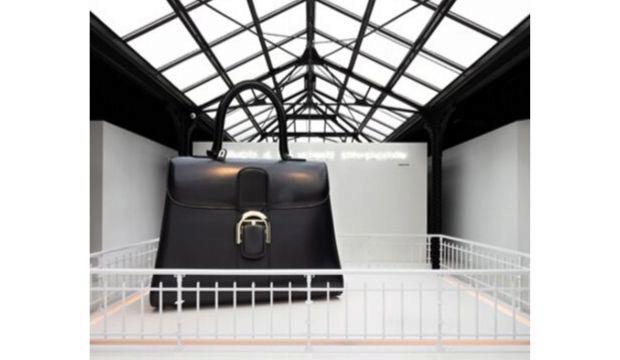 At nearly two centuries old, Delvaux is the oldest of all the luxury houses still operating and its founder Charles Delvaux is credited with the creation of the modern-day handbag. Little wonder then that the handbag takes centre stage at the brand's new appointment-only museum at the heart of its Belgian workshop complex.

There are plenty of surrealist touches, fitting for a brand that is closely aligned with another famous Belgian export: René Magritte. Visitors will be treated to installations and displays such as a history of the handbag told via 55 clutches, purses and pocket books clasped by stalactites and stalagmites of disembodied mannequin hands, an enormous version of the Le Brilliant bag, and a window into the brand archive that houses more than 3,000 designs (albeit hidden in identical white dust bags). 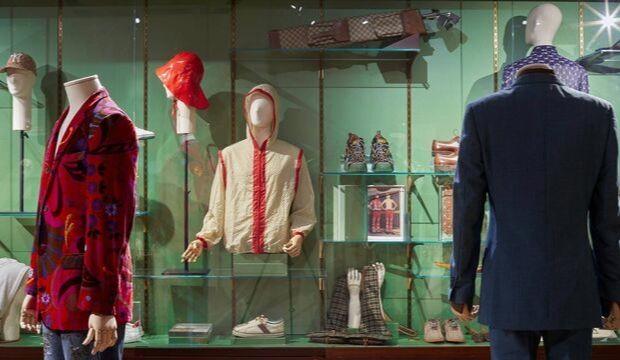 This new exhibition in the recently-reopened Gucci Garden traces the impact of the Italian brand on the male wardrobe over the last 50 years.

Curated by Alessandro Michele and Maria Luisa Frisa, the show is meditation on masculinity and maleness as interpreted through the house codes. There's more than just clothing on show, with objects, books, magazines and videos presenting a well-rounded look at changing trends both social and fashion.