The Royal Ballet, Within the Golden Hour Review ★★★★★

The Royal Ballet’s Within the Golden Hour Triple Bill offers a mix of pure delight, a heart-rending comment on our world and a big disappointment

‘Splendour’ is the word that comes to mind when contemplating Christopher Wheeldon’s Within the Golden Hour. A one-act work, made up of a series of episodes for three main couples and four secondary ones, it is set to eloquent string pieces by the minimalist composer Ezzio Boso, plus a section from a Vivaldi violin concerto.

On opening the three main couples simply owned the choreography. Beatriz Stix-Brunell and Vadim Muntagirov were fleet-footed and playful in their jazz-inflected pas de deux; Lauren Cuthbertson and Ryoichi Hirano brought a mysterious, dreamy quality to their adage; Sarah Lamb and Alexander Campbell infused their Vivaldi andante with creamy fluidity.

We reached the first interval dazzled and not a little dazed.

Much was expected from the Flemish-Moroccan choreographer Sidi Larbi Cherkaoui’s first collaboration with the Royal Ballet. Cherkaoui is an endlessly inventive, voraciously curious choreographer, whose works have ranged from takes on the Argentine tango through Japanese manga, and a whole lot in between.

Fascinated by the Royal Ballet’s Russian superstar ballerina Natalia Osipova, Cherkaoui set about creating a work on her centred on the mythical Greek figure of Medusa, a beautiful priestess that served in the temple of Athena. She was ravished by the god Poseidon, and a jealous Athena took revenge by turning Medusa into a monstrous creature, with writhing serpents for hair. Anyone who looked her in face was instantly turned to stone; until Perseus succeeded in killing her. Set free, her soul was left to roam forever. 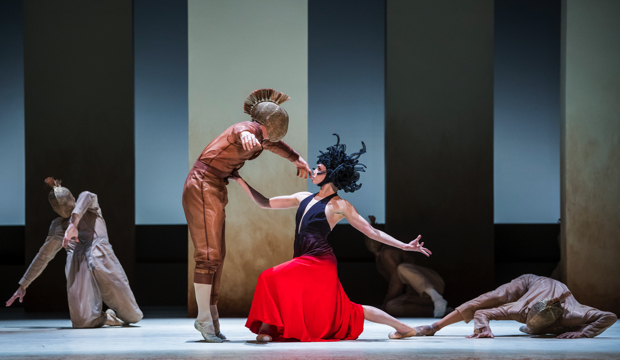 The Royal Ballet, Medusa, Natalia Osipova, Matthew Ball (c) ROH 2019 Tristram Kenton
There are some promising moments in Cherkaoui’s Medusa, for example, the theme of serpentine arm movements in the first section, set in the temple, which prefigures Medusa’s ghastly fate; and Osipova creates a forceful monster in the second section, bringing ferocity to her trademark big jumps, and the fatal kicks she inflicts on hapless mortals. Her death throes are graphic and horrifying.

However, overall the narrative is flaccid and never served by lacklustre choreography. Add to that quite awful costumes (costume director Olivia Pomp) – the soldiers encased in highly unflattering boiler suits, the women in vaguely Greek satin – and you have the perfect recipe for a major disappointment.

The final piece of the evening is Canadian choreographer Crystal Pite’s Flight Pattern, created for the Royal Ballet in 2017. 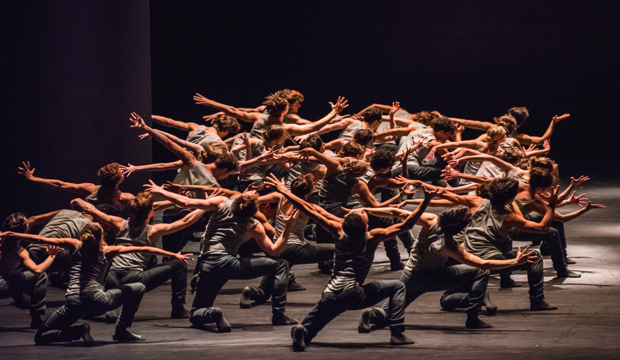 Artists of the Royal Ballet in Flight Pattern (c) ROH 2017 Tristram Kenton
A gut-wrenching comment on the current refugee crisis, Flight Pattern relies on Pite’s extraordinary ability to move groups of people on stage to deep emotional effect. The huddled masses of her work, drably dressed and sombrely lit, sway in their fatigue and helplessness to Górecki's haunting score; and when individuals emerge, their own tales are harrowingly portrayed, none more so than that of Kristen McNally and Marcelino Sambé, as the couple maddened by grief at the loss of a baby who didn’t survive the flight.

The Royal Ballet, Within the Golden Hour Bil