Matthew Bourne’s Romeo and Juliet will be screened in cinemas nationwide on 22 October, following a sell-out run at Sadler's Wells

Below is Culture Whisper's review.

The pull of Romeo and Juliet is universal. Throughout the ages and the world over the story of pure young love destroyed by society and fate has offered itself to countless interpretations.

It was, therefore, inevitable that sooner or later Matthew Bourne would turn his attentions to the ‘star-cross’d lovers’: when it comes to grabbing established tales by the scruff of neck and shaking them into unexpected new shapes, Bourne is on a plane of his own.

Matthew Bourne’s Romeo and Juliet, danced by his own New Adventures company with the addition of six local dance students aged 16–19 in each venue of the production’s nationwide tour, keeps the central characters with fundamental twists.

Existing in a not too distant future, all are inmates of Verona Institute for disturbed youngsters, portrayed in Les Brotherston’s stunning set as a bare, forbidding, claustrophobic institution, with its sterile dirty white tiled walls, locking gates and metal staircase, efficiently lit by Paule Constable.

Romeo’s original friends, Mercutio and Benvolio are present, but now Mercutio has a boyfriend, Balthasar. All three make their own hermetic little group, not particularly friendly with Romeo.

Romeo is an outsider, a loner dumped in the institution by his truly dreadful parents, Senator and Mrs Montague, too busy courting public flattery to bother with their son.

Tybalt is a guard. Danced with conviction by Dan Wright as a textbook baddie, he is a brute, a bully and a child abuser, who hits on Juliet and rapes her within the first ten minutes of the show.

And Juliet is a dreamer, a gentle and vulnerable soul. Inevitably, when she comes face to face with Romeo at a party organised by the Reverend Bernadette Laurence (Bourne’s happy clappy female version of the traditional Friar Laurence), they fall for each other. 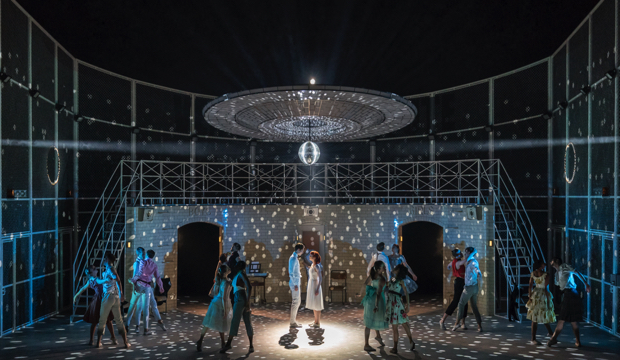 Matthew Bourne's Romeo and Juliet, the company, photo Johan Persson
The first thing to point out is that all performances are remarkable, the six London youngsters indistinguishable in the ensemble from their more experienced professional colleagues.

Romeo, Paris Fitzpatrick in the current cast (a second cast takes over mid-August), is tall and pale and immensely appealing, inhabiting his cocoon of loneliness in a totally convincing way.

Fitzpatrick is a loving and attentive partner to Cordelia Braithwaite’s Juliet, her shock of red hair accentuating her vulnerability. They make a credible pair.

It is a clever concept, but the story-telling has weaknesses. So, the Mercutio gang of three are indistinguishable from each other, and none stands out particularly, which makes it very difficult to care when Tybalt shoots Mercutio (Ben Brown standing in mid-show for an injured Reece Causton) to death.

And (spoiler alert!) Juliet’s psychotic break, leading her to stab Romeo and herself too, seems a tiny bit far-fetched.

Some of the choreography appears pedestrian and arbitrary, in that it doesn’t contribute to moving the story along. The first scene, for example, shows the inmates marching to Prokofiev’s syncopated score, a sequence that establishes the institutionalised and possibly heavily medicated nature of their lives, but goes on well after the point has been made.

And Terry Davies’ recreation of Prokofiev’s score comes close to sacrilege. The 15-member New Adventures Orchestra under Brett Morris’ baton do their best, doubling up on instruments, but it all sounds like distorted oompah noise, rather than music – very disturbing.

Romeo and Juliet is not up there with Bourne’s best works, but like all his creations it shakes up our expectations and that’s never a bad thing. 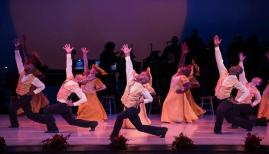 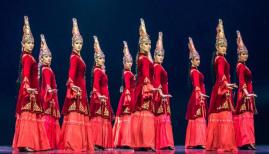