Triplets separated at birth reckon with the dark conspiracy still brewing in Three Identical Strangers, a documentary hit from Sundance

Telling the story of Bobby, David and Eddy, three brothers separated at birth, the film teases out the siblings' similarities and the differences that drove them apart as they grew up in separate families, assigned by a Jewish adoption agency in New York. Director Tim Wardle and his team have been trying to tell this story for years, dodging multiple parties who have tried to cut off the film’s life supplies time and time again.

The oddity of three brothers meeting each other by chance in their formative adult years (two at university, one after seeing double in the newspaper) is fleshed out and dug into, with accounts from the brothers themselves as well as their partners, friends, and others who could not help but be involved. Everyone seems to give a lucid, unfiltered account of the events as they lived them. 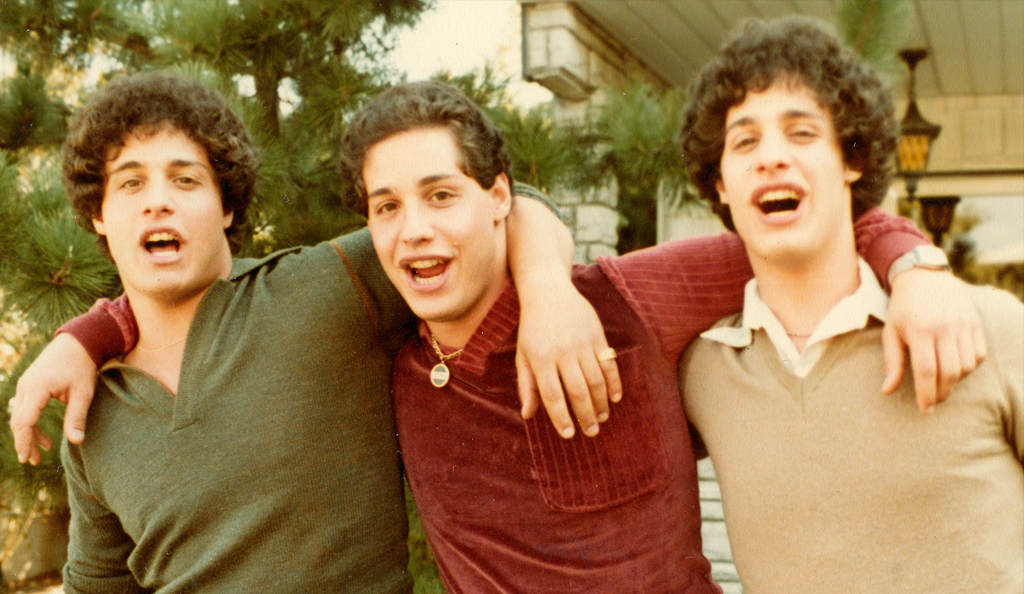 Bobby, David and Eddy were only reunited nearly 20 years without each other

A number of abrasive emotional weapons are buffed into the makeup of the documentary. There are hints of true-crime shock tactics in the way that sentences don't always end, and music punctuates the suspense between big reveals with relentless gusto. Creamy, blurry recreations of silhouettes walking through the past accompany voiceover narration, suggesting familiar memories that are remembered with photographic precision.

But the brothers anchor the tension with the truth – there’s no sugarcoating the devastation that makes their story so vital. Three Identical Strangers never loses sight of its unlikely premise, and keeps a firm hold on the viewer’s hand as it goes deeper and deeper down the rabbit hole. It’s not all bleak, as the case of Bobby, David and Eddy shows – they are bound by their nature and, in spite of the ways their lives have been nurtured, there is a sense of overwhelming love above all else.

It’s a film of upsetting reveals and wide conspiracies, but it’s one which is rooted in the bittersweet atonement of finding the missing pieces that left the family puzzle feeling uneven for so long. To reveal what makes the reunion still so shocking and the unique story feel so universal would be to ruin the film. But then to ignore the film as just another one-in-a-million coincidence that pops up on late night TV would be to ignore a worrying crime that continues to threaten the wellbeing of families and individuals without anyone even realising.

Seek out the sharp entertainment, and go quietly around its narrative to preserve the vivid satisfaction of the story's reveal. But when you know, the urgency demands action against this unfair conspiracy that toys with human lives. Shout it from the rooftops, let this spread like wildfire to burn the whole place down.