Men in Black: International offers new agents and a new story within a well-known world, but there's little reason for this reboot to exist

If you're wondering how there's yet another Men in Black film, why it has come to be in 2019, and what it could possibly do that's new – you're not alone.

After a satisfying trilogy that entertained audiences an ample amount between 1997 and 2012, the suits have been dusted off and given to a new pair of heroes, as Thor's Chris Hemsworth and Tessa Thompson team up once more to complete this mission.

If you're wondering if anyone brings it up – yes, Emma Thompson (criminally underused as Agent O) brushes off the patriarchal infrastructures and winks at the film's performative feminism while Thompson swaps her skirt for a pair of suit trousers. She plays Agent M, a civilian turned spy who studied the system well enough that she became the first person to walk in, explain why she deserved the job, and get it.

As we've seen before, Thompson and Hemsworth have terrific energy together, and the film is kind to both actors' effortless charisma. But while this soothes the viewing experience, what remains after the credits have rolled is... not very much. 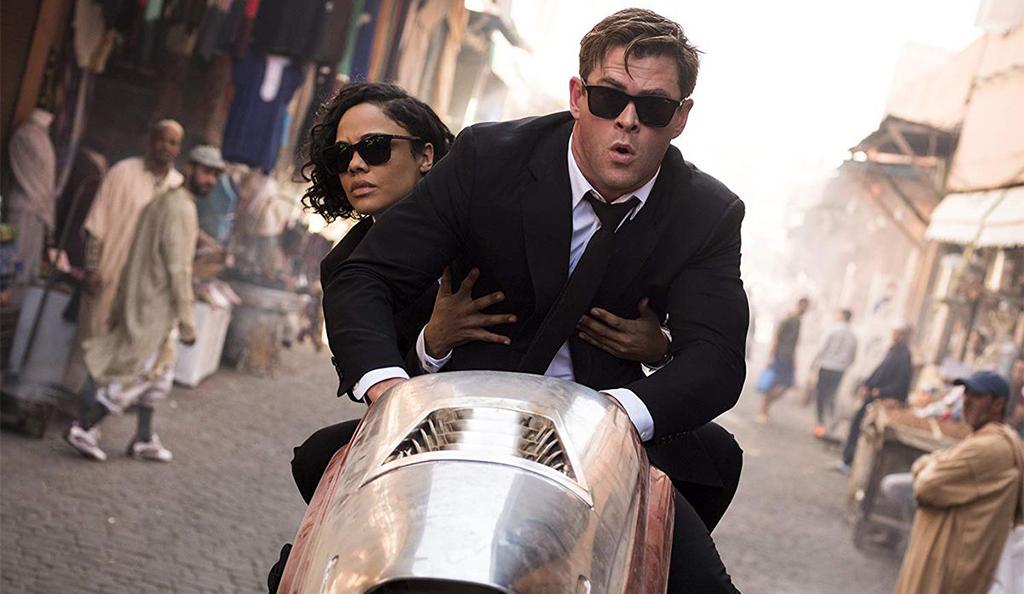 Tessa Thompson and Chris Hemsworth in Men In Black: International

Agent M and Hemsworth's character, Agent H, are tasked with finding a mole in the MIB membrane. It's a sturdy premise, and the performances deliver sturdy comedy, but it's difficult to remember any memorable lines, developments and feelings that haven't already been done years over.

Kumail Nanjiani and Liam Neeson add complementary comedy, Nanjiani's bitesized alien character Pawny especially delivers the most charming moments of the film. But in the end, what remains? The will-they-won't-they dynamic between Agent M and Agent H isn't exploited into clichés, but isn't deployed with sufficient conviction to make it feel truthful either.

There's nothing overtly offensive or unbearable about Men in Black: International – but it's just as difficult to think of anything remotely noteworthy in a positive sense too.