Page to screen 2016 and beyond: books making the best films this year and next

The books adapted to film this year and next include Little Women, The Bell Jar, The Handmaid's Tale and even The Goldfinch. Read them all before their release 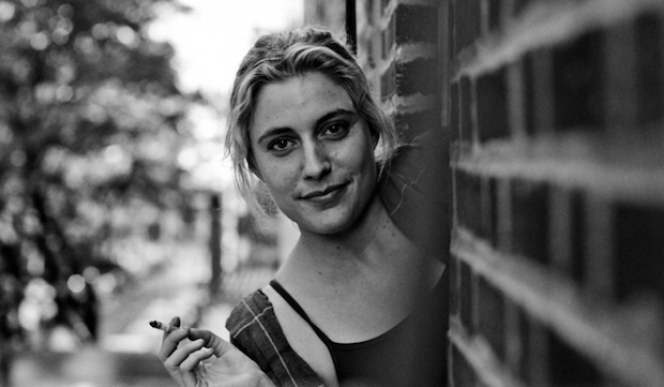 Exciting new Little Women adaptation
Wondering what to watch and what to read first in our line up of famous books becoming films? 2016 and 2017 will bring plenty of screen adaptations. Want to read them all first? Have no fear, the shortest book is a slim spin-off. The biggest, though is 1,138 pages. Luckily, it's really good.Bestsellers to Blockbusters:

The Girl on the Train
Release date: October 7

TRY CULTURE WHISPER
Receive free tickets & insider tips to unlock the best of London — direct to your inbox
Why read the book: Because you haven't already and everyone else has? For those who like their thrillers pacey, their characters complex and their narration unreliably split across viewpoints. It's frequently compared to Gone Girl. If you're female, read it on the Network Rail commute for an extra layer of meta.

Why watch the film: Emily Blunt is perfectly cast, one of the best and most likeable British film actresses, taking on a role of less-than-likeable alcoholic, Rachel. It's a book who's pace and unreliable snapshots of perspective translate well onto screen. This will be the film everyone talks about, but it wasn't best loved by our film editor.

Why read the book? Historical city? Check (Florence), mysterious pursuers? Check. Encoded paintings? (Botticelli) Check. Stolen art? Check (Dante's death mask). But for all the familiar tropes in Dan Brown's latest book, including infuriating readability, the novel has a puzzling premise and a uniquely troubling end. Someone is using Dante's Inferno as a worldwide threat to the population and only Professor Robert Langdon holds the key to what that threat might be.

Why watch the film? Tom Hanks has a new sidekick, Felicity Jones (The Theory of Everything) who should help ground some of the more unbelievable action sequences. For those who like Indiana Jones and watching baffled professors being chased.

Fantastic Beasts and Where to Find Them
Release date: November 18

Why read the book: Because even once you've reread the seven original Harry Potter books and the script of the upcoming Harry Potter and the Cursed Child, you know you'll still not be satisfied with the end of the potterverse. You'll always be wanting pottermore. This slim volume, published in 2001 ekes out a little more magic in your life and is based on the Hogwarts textbook that belonged to Harry Potter in first year. Published for Comic Relief, money still goes to the charity.

Why watch the film: Eddie Redmayne has been fantastic in The Danish Girl, in The History of Everything, in ... well, everything he's starred in, actually. He plays the charming, but slightly befuddled hero Newt Scamander who accidentally lets loose a load of fantastic beasts in twenties New York. Great Gatsby with dragons. If this isn't for you, J. K. Rowling is also set to adapt her detective series for BBC One (written under the very secretive pseudonym Robert Galbraith).

Best TV adaptations of books this year and next

Why watch the film: The first of Dakota Fanning's two credits on this list. Taking a risk for his directorial debut by tackling a dauntingly difficult classic, Ewan McGregor directs and stars alongside Jennifer Conelly and Fanning. 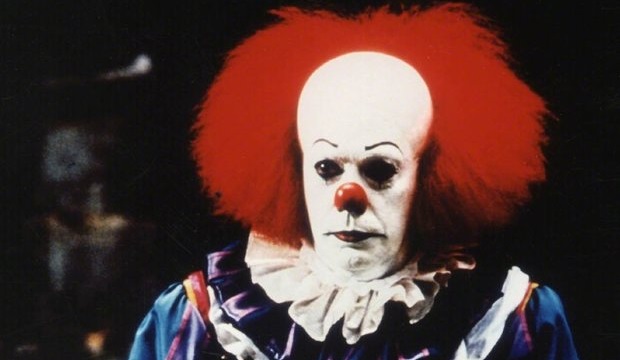 Why read the book: 'It' is a beast that terrorizes small children by exploiting their fears. Arguably King's greatest work (which says a lot) and one of the longest (1,138 pages) it starts as a six-year-old boy's arm is ripped off, leaving him to bleed out into a storm drain. Writing from children's points of view with no qualms about letting unspeakably violent things happen to his characters, this is a gripping read from the master of horror.

Why watch the film: Stephen King has, to date, had literally scores of his novels made into films, from 1976 teen horror Carrie, to The Shining and The Shawshank Redemption.The 1990 mini-series of It (with Tim Curry as the eponymous monster) has a cult following. Whilst the art of the horror films nowadays has been somewhat lost in a sea of cheap scares and endless sequels, this adaptation might well be the antidote, though it is having production trouble: True Detective director Cary Fukunaga already dropped out due to studio differences: apparently, they wanted scares, he wanted characters. Scared of clowns? You will be after this. 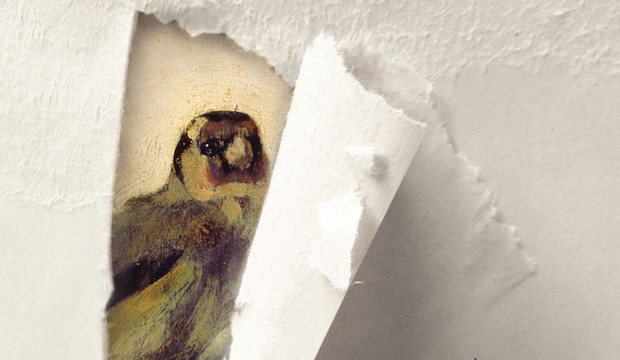 Why read the book: A sprawling, exhausting romp through America filled with Theo Decker's losses, lies... and a stolen treasure. Donna Tartt writes one book every ten years and it shows in her careful prose.

Why watch the film: Keeping up the bird names John Crowley (Brooklyn) will direct and the screenplay will be Peter Straughan, who's adaptation of Tinker Tailor Soldier Spy was as complex and knotty as the le Carré novel. Tartt has not been adapted for film before despite her excellent characters and bizarre scenarios. The book's 775 pages of action means there's no shortage of material.

From Young Adult to 12A

Why read the book: Because it is the product of two brilliant minds: an unfinished project of the late author Siobham O'Dowd was handed over for completion by Patrick Ness. Where the minds of these two acclaimed writers meet, there resides A Monster Calls. As Conor moves to his grandma's house, as the bullies at school treat him like he's invisible but it's his sick mum who seems to be vanishing, a monster calls at his house. The monster promises to tell Conor three tales and, at the end of the three, Conor will tell the monster the truth.

Why watch the film: Patrick Ness is in charge of his own screenplay and a stellar cast, Liam Neeson is the rough, gruff monster (with a passing resemblance to Groot, from Guardians of the Galaxy). Felicity Jones and Signourey Weaver co-star. A story about the weaving of storytelling, magic and the bare face of real life, expect to cry your make up off.

Why read the book: “I had just come to accept that my life would be ordinary when extraordinary things began to happen,” says Jake, who is lead to an orphanage after a family tragedy. Here he finds strange children protected by a time loop and their magical carer, Miss Peregrine. This book taps into every child's desire to be different, and does so in a weird and wonderful way: the story is uniquely told through vintage photographs as well as words.

Why watch the film: A dark trailer suggests this children's book is going to appeal to more than just kids. Why has a children's book been given such an unsettling makeover? Oh, it's directed by Tim Burton. That'll be it. Eva Green, Tim Burton's latest muse, stars.

From literary feast to feast for the eyes

Why read the book: Julieta is based on a trilogy of short stories by Canadian Nobel prize winner Alice Munro. A master of the short story, her work is always quiet representation of character. The trilogy features in the collection Runaway, but as with all good short stories, you'll be left wanting more and find yourself reading the whole book.

Why watch the film: It's Pedro Almodóvar, cinema's directorial darling's 20th film. He loves a good female-centric plot and Munro's stories are ripe for adaptation in this regard. Julieta is trying to connect with her long-lost daughter, but her life is messy. Our reviewer found it intruiging. 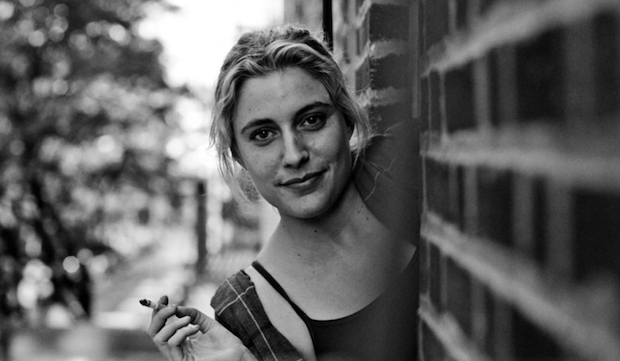 Why read the book: Meg, Jo, Beth and Amy March are the sisters we all wished we had. And Louisa May Alcott's beloved coming of age tale may well be set in 1800s America but the dilemmas still resonate.

Why watch the film: Dreamy indie star and writer of Frances Ha Greta Gerwig has taken the reins for this new Little Women film script, so expect a kooky-cute take on the literary classic. It's the fifth time the book's been brought to the big screen. We're pretty smitten with 1994 version starring Winona Rider, Claire Danes and Kirsten Dunst, so it will be interesting to see how this compares. 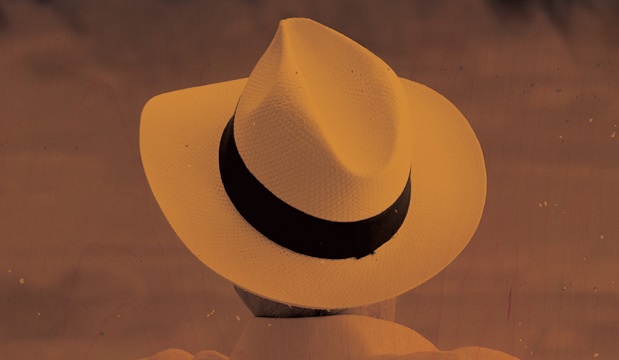 Why read the book: Prizewinning crime fiction about the birth of the American Mafia in Prohibition Boston, from Dennis Lehane, author of Gone Baby Gone.

Why watch the film: With its sumptuous period setting and moved-forward release date, it's angling for an Oscar. There are no trailers yet, but expect spats, hats and plenty of despicable acts, Ben Affleck returns to directing (he had a hit with Argo in 2012 and also directed Lehane's Gone Baby Gone) and Leonardo DiCaprio stars- is he hungry for Oscar number two after The Revenant?

Why read the book: In the 17th century, the Netherlands was a strange place: the tulip business was blooming lucrative and 'tulip mania' had bulbs selling for ten times the annual wage of craftsmen. In Deborah Moggach's imaginative novel, an artist falls for a married woman and they try and build a future together in the risky tulip markets. Not heard of Moggach? These Foolish Things (2004) became the film The Best Exotic Marigold Hotel.

Why watch the film: Sir Tom Stoppard wrote the screenplay, Alicia Vikander stars. Footage shown at Cannes this year had critics salivating: the young lovers look as star-crossed and beautiful as Romeo and Juliet, the cinematography revels in opulent Delft ceramic blues. 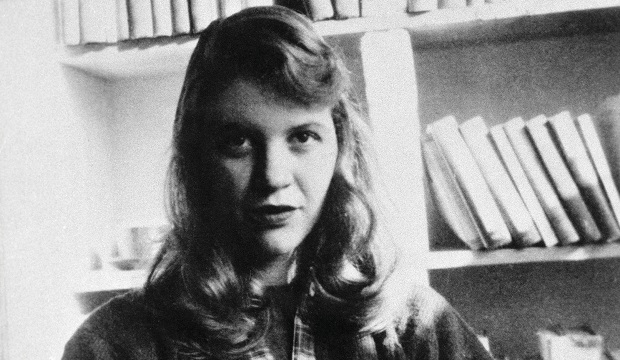 Why read the book: Sylvia Plath's only novel is the seminal text for all who are interested in memoir, depression and the character of Plath herself, thinly disguised in the book as Esther, the lost protagonist who has a lonely breakdown. It's a masterclass in individualism, a lone voice of a long, drawn-out kind of madness, but her story is slim enough to be consumed within a day.

Why watch the film: Kirsten Dunst has chosen this as her directorial debut: she's come a long way since cheerleading chants in Bring It On. Dakota Fanning is cast in the title role, bringing the lost soul to life.