Here's to summer 2016: films to watch even when it's sunny 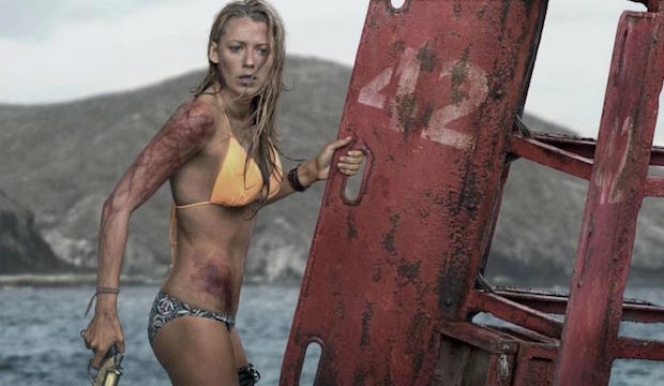 Blake Lively in The Shallows
July and August are strange months for cinema. The summer is of course a time for blockbusters; an all-female Ghostbusters and Spielberg’s The BFG (with Mark Rylance in the title role) are both cause for celebration. But it’s also the time when lower-profile, highly praised festival favourites (from the likes of London, Berlin and Cannes) find their way into your local cinema. Here are five not to miss.THE CRAZY, BEAUTIFUL ONE

TRY CULTURE WHISPER
Receive free tickets & insider tips to unlock the best of London — direct to your inbox
We’ve been fans of Nicolas Winding Refn since Drive, his high-octane thrill ride through the world of the getaway driver. Now the Danish director turns his attention to the world of high fashion, as encountered by a young model newly arrived in LA (Elle Fanning). Don't expect a delicate and subtle satire. Do expect a highly stylised and violent descent into cinematic insanity.

THE ONE FOR KIDS

Even Pixar's less-brilliant efforts are better than most. If Finding Dory isn't the unbeatable classic that Finding Nemo is, then it's still a supremely accomplished bit of storytelling, with laughs, tears, and anthropomorphic octopi.

If you’re curious about the male ego, Athina Rachel Tsangari’s Chevalier, the winner of last year’s London Film Festival, is one for you. The premise is an odd one; six men on an Aegean yachting holiday, embroiled in a series of contests to prove their masculinity, each hoping to take on the peculiar mantle ‘The Best in General.’ Written out, it doesn’t look promising, but this is a revealing and wry take on machismo, and well worthy of a five star review.

Considering how many killer shark films there are, it's a bit curious that there's only one good one. Perhaps Jaws reigns supreme in this genre because the shark only serves as a conduit for an exploration of human psychology? The Shallows might be like this, or it might just be Blake Lively firing a flare gun at a shark. A must see either way.

That Pedro Almodóvar is a great auteur is beyond dispute; his films negotiate the everyday and the surreal in a way that is distinctly his own. Julieta is his twentieth film and, like The Neon Demon, impressed at Cannes this year. Based on a trio of short stories by Alice Munro, it follows a widowed mother as she searches for her lost daughter, and looks like the kind of sensitive, human drama for which Almodóvar is known and loved.

Why on earth should you care about the fifth film in the Bourne series? Good question, especially after the last one which starred human screensaver Jeremy Renner. Well, Jason Bourne not only brings back Matt Damon as the titular spy, but sees director Paul Greengrass at the helm once more. Greengrass knows how to create gripping, cerebral thrillers, and there's no indication he'll lower his standards for a sequel.

THE COMPLETELY BARKING MAD ONE