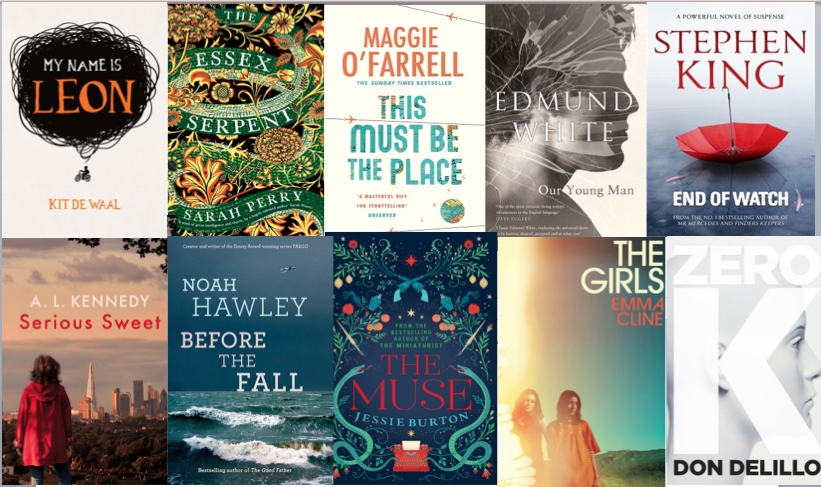 The Girls, Emma Cline out 16 June 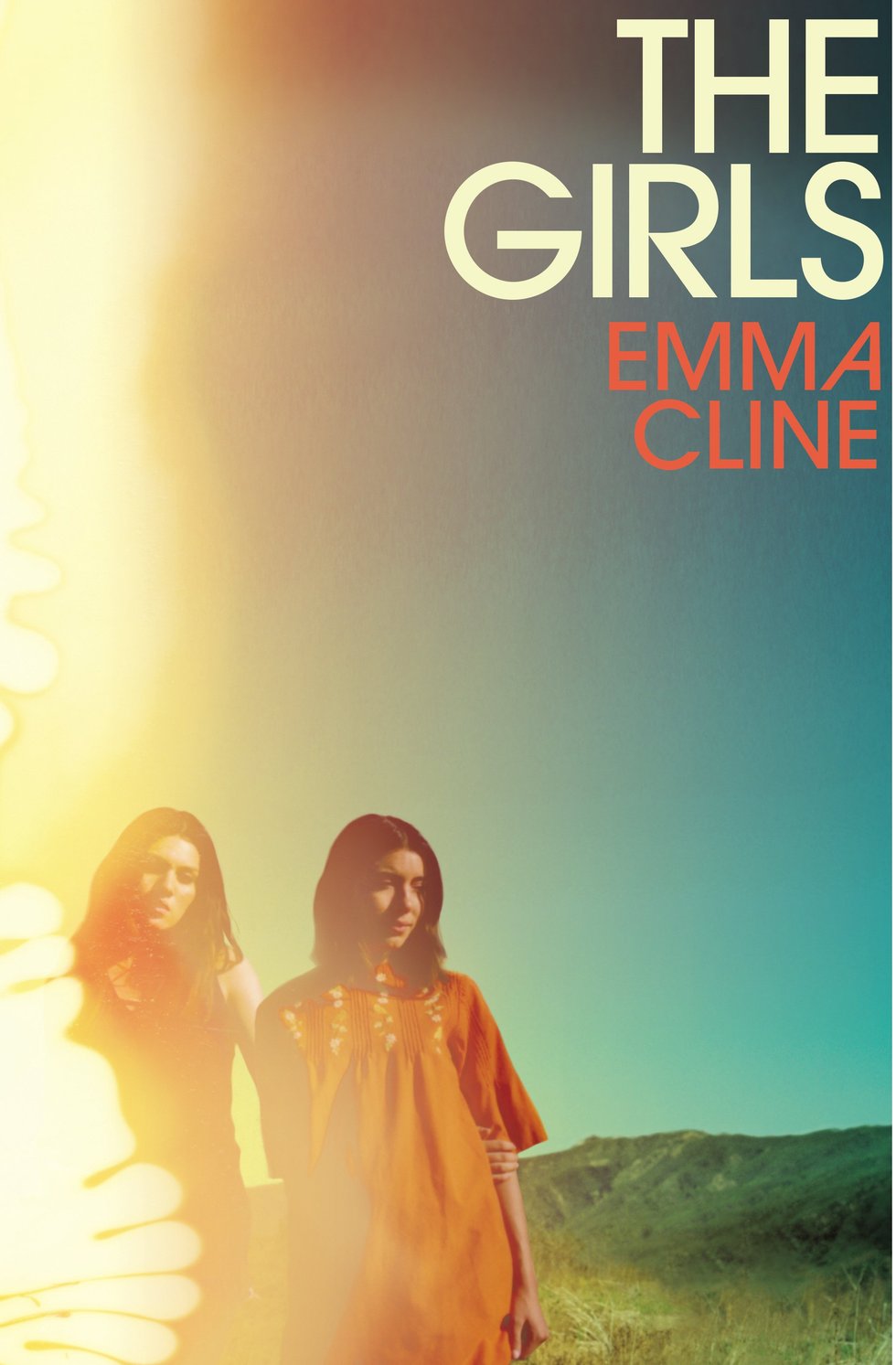 First the heady language and sensuous descriptions will hook you, then the extraordinary story of free love, intoxication and violence.

Emma Cline’s remarkable debut has already galvanised the likes of Lena Dunham, Mark Haddon and Stephen King. Film rights have been snapped up and you can bet the a-listers will come flocking.

Set in 1969 California, and loosely based on the feverish obsession and subsequent murders surrounding Charles Manson's cult, The Girls brims with intrigue.

The subject is much mythologised and enduringly fascinating. But it’s the intimacy and intricacy of Cline’s prose and her sharp sense of humanity that makes the book shimmer with life. At its heart are the awkward, self-aware, desperately normal girls seduced by worship and a whirlwind of drugs and violence. Yes, The Girls is a spectacular story, but it's the sheer banality of that desire to be noticed, that need to please and that urge to love unquestioningly that will haunt you long after the last page.

Before the Fall, Noah Hawley out 9 June 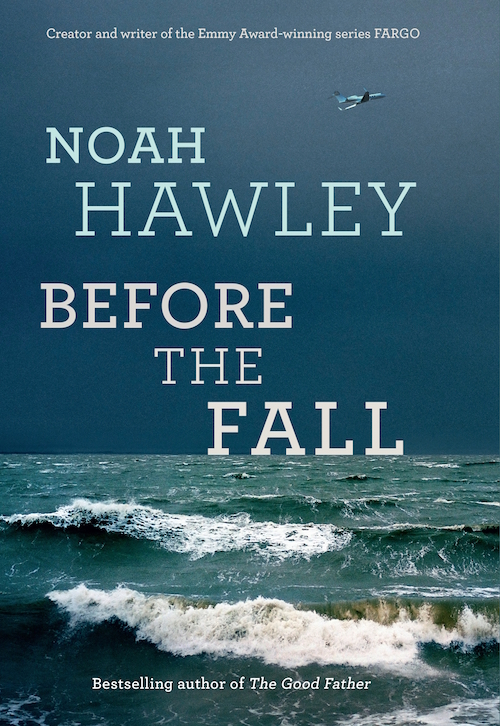 Even the minority of readers left nonplussed by a good thriller will be tempted by this surefire blockbuster, written by the brains behind hit TV series Fargo. Noah Hawley brings the same audacious sense of drama to this story. Centring on the mysteries surrounding a plane crash (not the best in-flight reading, perhaps), Before the Fall flits between the aftermath of the crash and the backstories of its victims. It's propelled forward by a growing sense of unease and the unknown. The odd slump and excess of dialogue is easy to forgive when it's balanced by Hawley's considerable flair for action. This is not a novel that invites deep introspection or will withstand extensive scrutiny. But it's just the kind of entertainment you'll want after a few beers in the beach bar. 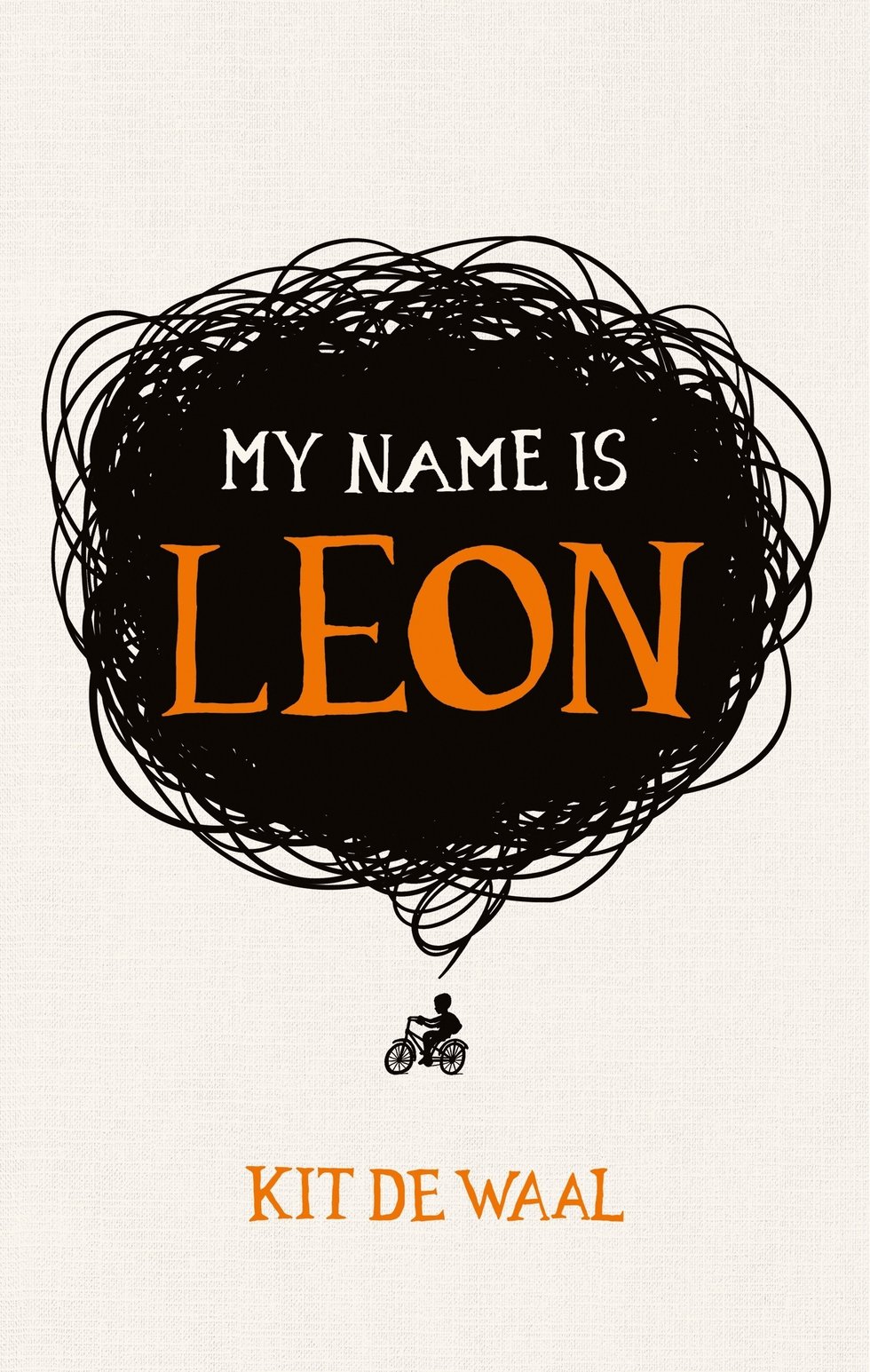 This astonishing debut is already the talk of Twitter. Nine-year-old Leon and his 'perfect baby brother' Jake, must be separated 'since Jake is white and Leon is not'. Their mum can't cope and the adoption options in early eighties Britain are vastly different for a mixed-race child and a white baby.

Writing in an achingly authentic child's voice, Kit de Waal captures the cadences and concerns of this confused, angry little boy. You'll shudder at how hostile this world is to Leon, but he approaches it with hopeful exuberance.

Issues surrounding child abuse and welfare, told from a child's perspective, are inevitably emotive. But lachrymose misery memoir this is not. Having worked in family law and written manuals on fostering and adoption, Kit de Waal approaches the topic of vulnerable children with level-headed clarity and insight. Throw in artful prose and the vivid central character and you get the most moving book of the summer.

This Must Be the Place, Maggie O’Farrell out 17 June 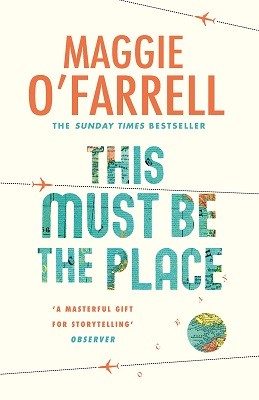 Multi-award-winning Maggie O’Farrell is master of capturing every last human flicker of relationships. And her latest novel won’t disappoint.

Encompassing a multitude of continents and time zones, This Must Be the Place revolves around a reclusive film star in rural Ireland, her American husband and his assortment of estranged family members. It’s an absorbing, gently funny story about romantic love and family devotion — and the many forces that they must withstand. O'Farrell unravels the story with sophistication, yet reading it never feels like an effort. Sad as we were to finish it, we closed This Must Be the Place with a contented, satisfied sigh.

Zero K, Don DeLillo out 10 May 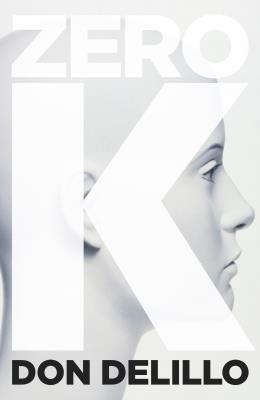 A 'meditation on death' might not sound like a plot to complement your holiday piña colada, but Zero K comes with the trademark wit, wisdom and worldliness of 'America's greatest living writer'. Don DeLillo turns his droll, undaunted gaze to the way in which humanity deals with death.

Ross is a billionaire who invests in a secret facility that cryogenically preserves bodies until medical science is advanced enough to cure disease and elongate life. His terminally ill wife Artis anticipates a reunion and resurrection after being kept in a capsule. The story is told from the perspective of Jeff, his son, who journeys to this curious compound to bid a (tenuous, temporary) goodbye. Founded on paradoxical, philosophical questions and the kind of meta-literary post-modern musings that make DeLillo a genius and a subject for satire, Zero K translates the crux of the the human condition into seductive prose.

The Essex Serpent, Sarah Perry 27 May 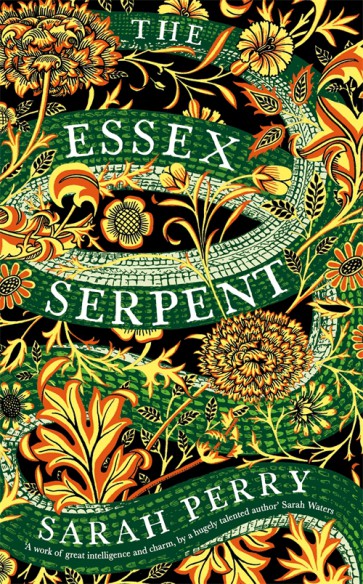 Curl up with this compelling story about a snake, by the writer behind 2014's hit After Me Comes the Flood. Sarah Perry's new book brings a Dickensian decadence to the late Victorian setting, but avoids sweeping romanticising.

Newly widowed Cora Seabourne leaves London for Colchester, only to find a state of panic at the rumoured return of the mythic Essex Serpent. More interested in naturalism than superstition, she sets off in search of the snake. When Cora meets a local vicar they work together to disprove the hysteria surrounding the snake. Against the backdrop of moral, religious and scientific debates, the pair coil tighter and tighter together in a remarkable love story. 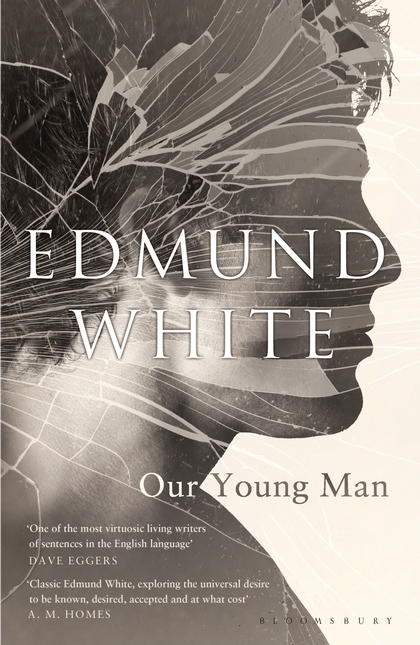 Though established and celebrated as a ‘gay novelist’, White is much more than a mouthpiece for the marginalised. And Our Young Man is simultaneously a chronicle of homosexual life at its most tumultuous and an uproarious coming of age tale.

Guy, the titular ‘young man’, is a French model who comes to New York in the 70s for a high-flying fashion career and a surfeit of steamy encounters.

Thanks to ten years’ writing for Vogue, White captures the fickles and foibles of high fashion with fizz and affection. But Our Young Man is not short of substance.

Guy’s unfeasibly fresh youth recalls The Picture of Dorian Grey and his detailed sexual experiences span from blush-making sadomasochism to the burgeoning AIDS crisis. Yet the whole tale is told with a lightness and vigour that leaves you refreshed and wanting more.

The Muse, Jessie Burton out 30 June 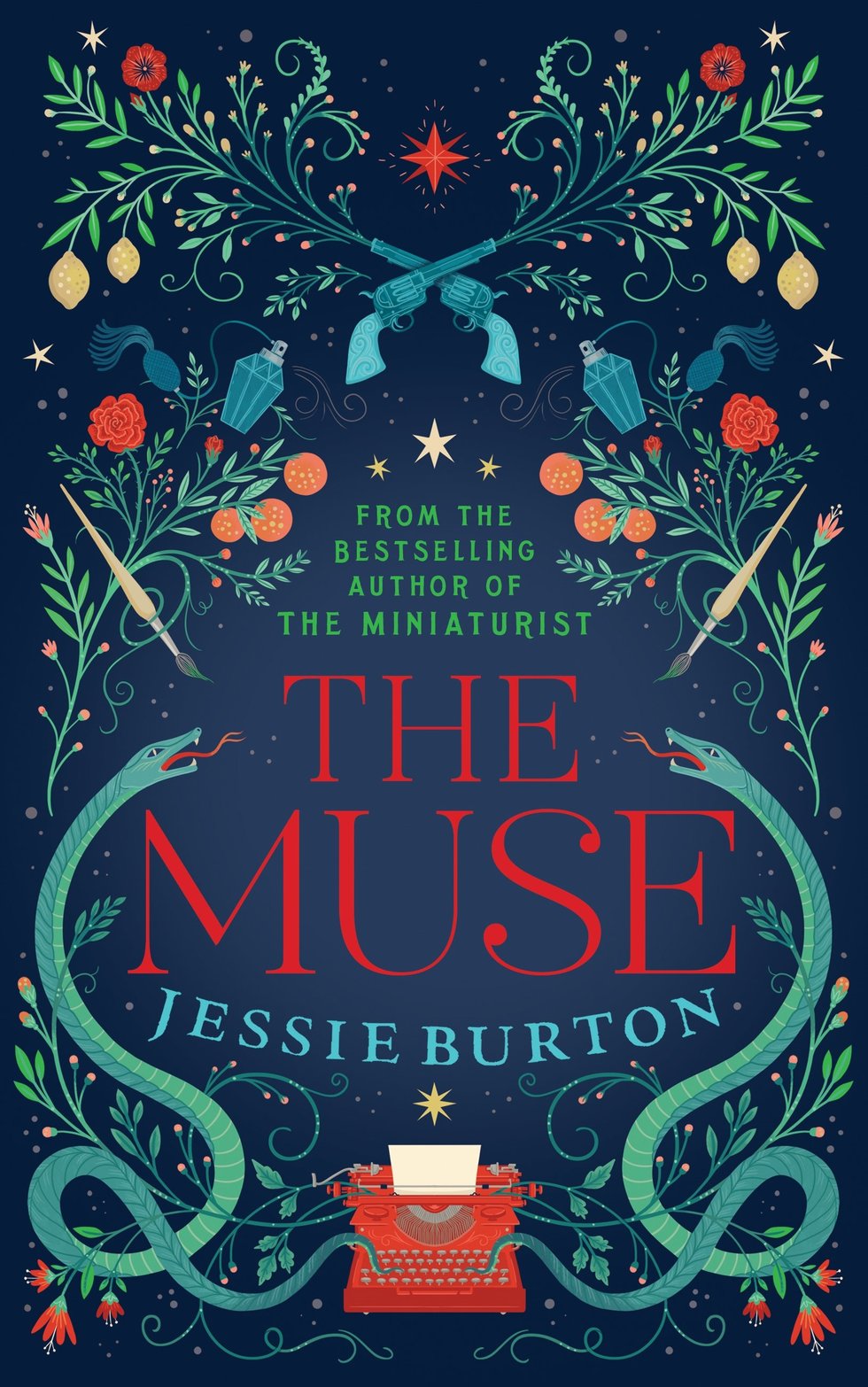 As the reams of readers hooked by The Miniaturist will know, Jessie Burton can take an object (such as a dolls’ house) and create a compelling, all-consuming story around it.

In her hotly-anticipated second novel, Burton once again whisks us back in time with a story of two women and an enigmatic painting. Shifting between 1930s Spain and 1960s London, laced with suspense The Muse unpicks the complex cycle of human emotions contained within one masterpiece.

The two distinct time periods pulsate with life, and there are secrets at every turn. With the same fast pace and mystery as The Miniaturist, this the kind of book that makes cramped long haul flights bearable. 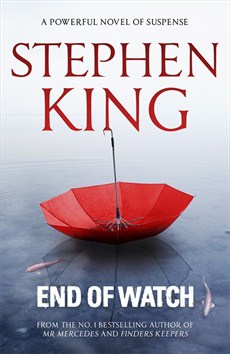 If your idea of relaxing with a book involves spine-tingling suspense and possible sleepless nights you will be thrilled to find that prolific storyteller Stephen King returns with a new thriller this summer. End of Watch is the final instalment of the best-selling Mercedes killer trilogy (stock up now on Mr Mercedes and Finders Keepers and you'll have a trio of beach reads). It also works as a standalone novel; but beware of reading alone after dark if you're even the slightest bit jumpy.

There's all the trappings of heart-hammering tension: a hospitalised mass murderer, a retired detective back in action, a suspicious suicide and a revenge mission. Told through the filmic intensity of King's prose, End of Watch hurtles towards a suitably dramatic climax.

Serious Sweet, A.L Kennedy out 19 May 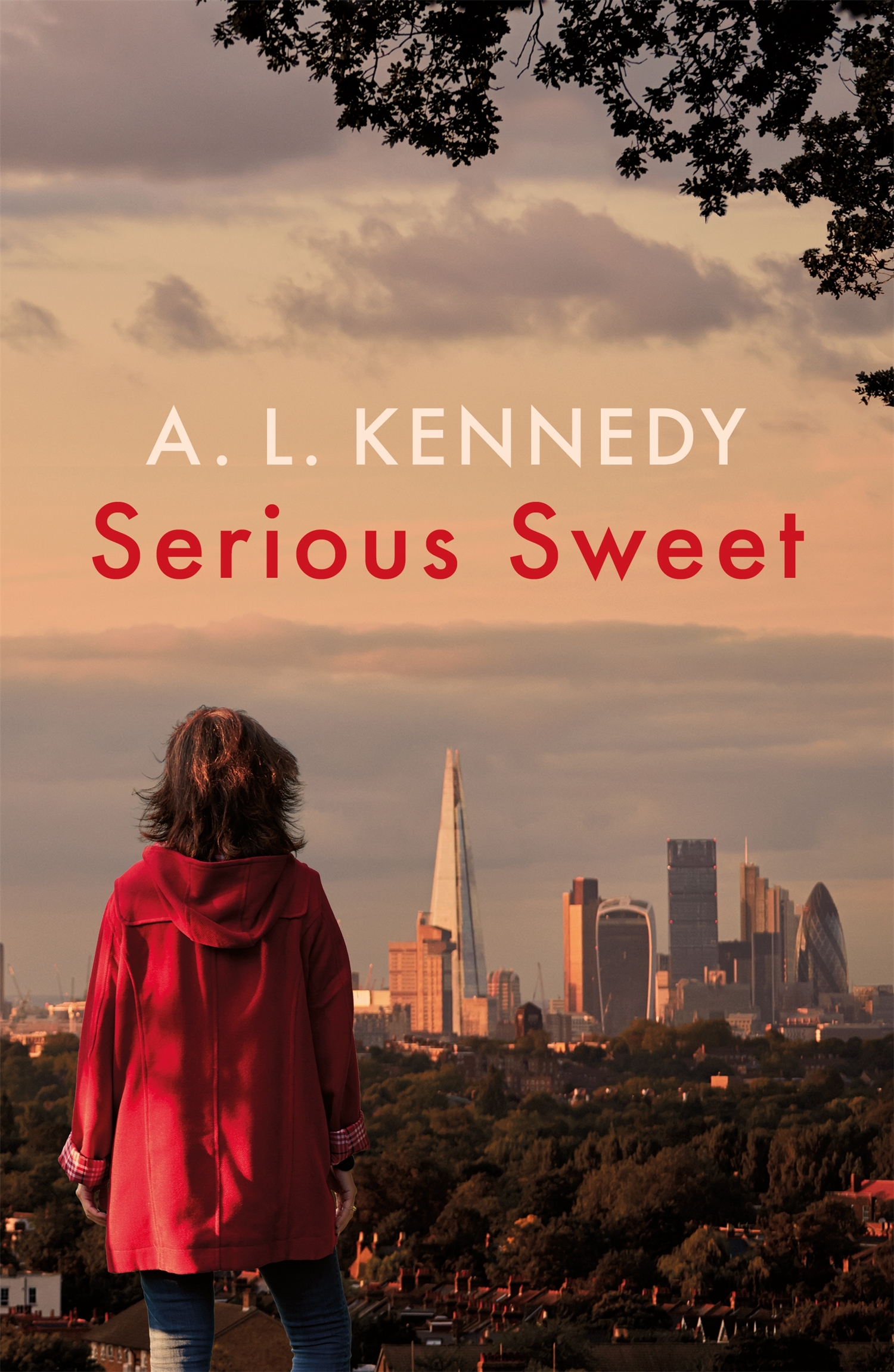 Confined to a single day in the manner of Ulysses and Mrs Dalloway, A.L. Kennedy's latest novel is, as its title suggests, an oxymoron of a story combining gentle romantic comedy and potent political satire. We follow Meg ('a bankrupt accountant') and Jonathan ('a good man in a bad world') around London. The city and its suburbs are lovingly catalogued in all grandeur and grime. As ever with such a constrained structure, much of the action is interior monologue.

Yet for all the elegant felicity of Kennedy's prose, there's an edge too. Yes, it's a love story that will leave even the hardest of hearts feeling gooey. But these are damaged, deeply real characters, as brittle as they are tender.