From BlackKklansman to Green Book – we round up what will win, and what should win at the 2019 Oscars 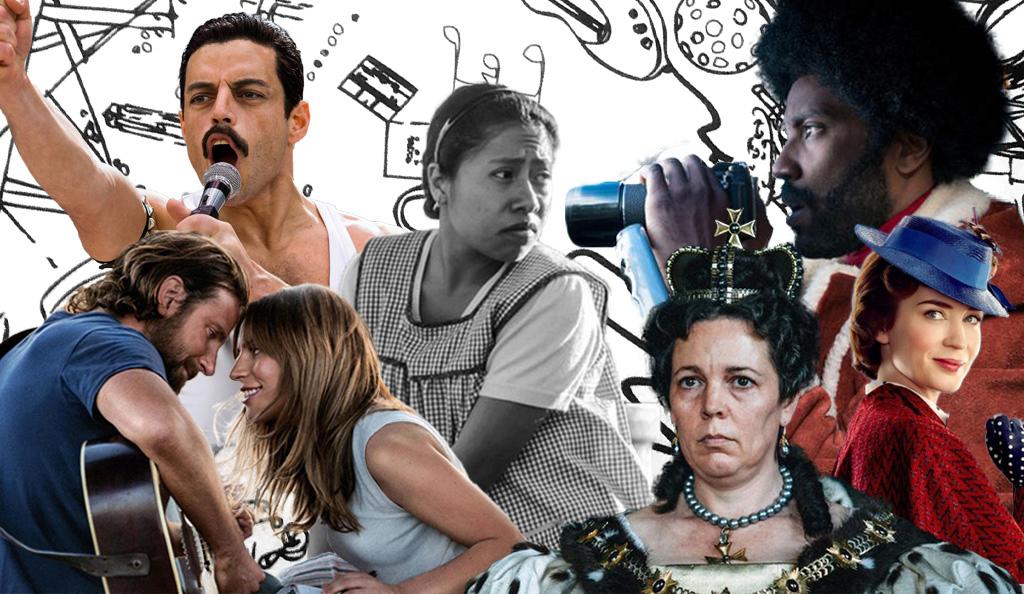 The race is still wide open for the 2019 Oscars
The end is in sight: awards season is soon over, as the Oscars will end the game on 24 February 2019. It's been a particularly divisive year, as early frontrunners such as A Star Is Born have been eclipsed over time, in favour of fan favourites like Bohemian Rhapsody and Green Book. Fate lies in the hands of the Academy voters – which means both audiences and critics will have to sit back and accept whichever controversial decisions are reached.

However – in an ideal world, a very different set of winners would emerge from the past year's offerings, some of which weren't even considered for the nominations. Here are our predictions, and regrets, for this year's Oscars – you can find reviews of all of this year's nominees here. At least the important thing is to take part? 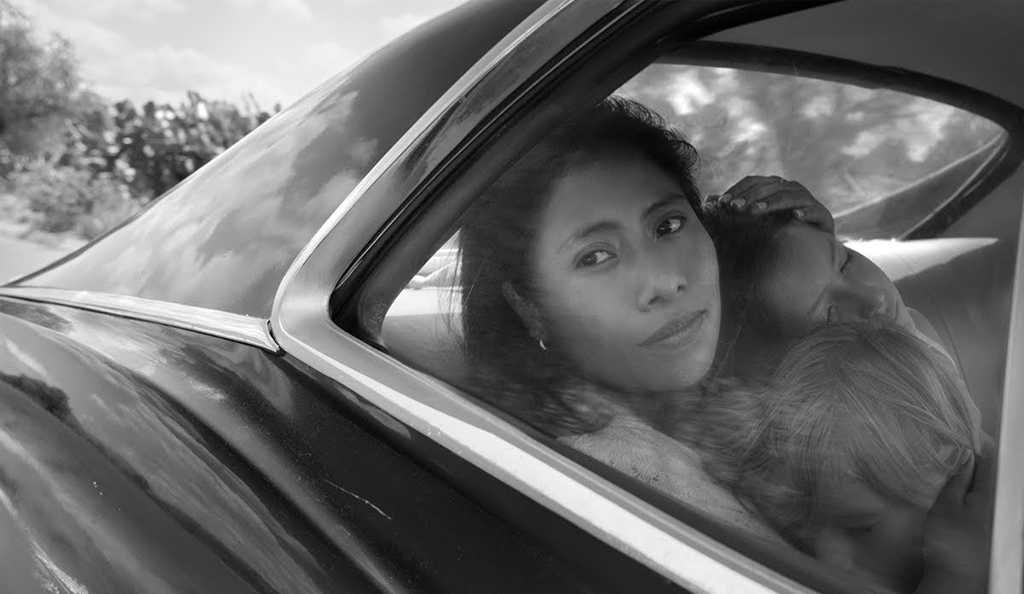 Should win: A Star Is Born
Will win: Roma

Since September 2018, critics and fans have been raving about A Star Is Born. The fourth iteration of this story, Bradley Cooper's directorial debut shouldn't work, but it does. It's a swooping, all-encompassing romance with outstanding music and heartbreaking performances – and it's astonishing that the film has been sidestepped for most big awards so far.

Alfonso Cuarón's tender homecoming Roma took everyone by surprise, as there was little to go off when the film was announced. There's tremendous support behind the film, both from Netflix who can now boast an outstanding auteur as part of their film output, but also within the wider industry community. Cuarón is part of the 'Three Amigos', and if he is to follow in the footsteps of his longterm friends and fellow filmmakers Alejandro Gonzalez Inarritu and Guillermo Del Toro (Inarritu won Best Picture in 2015 with Birdman, and Del Toro won last year with The Shape of Water) this could be Cuarón's year for the biggest award going. 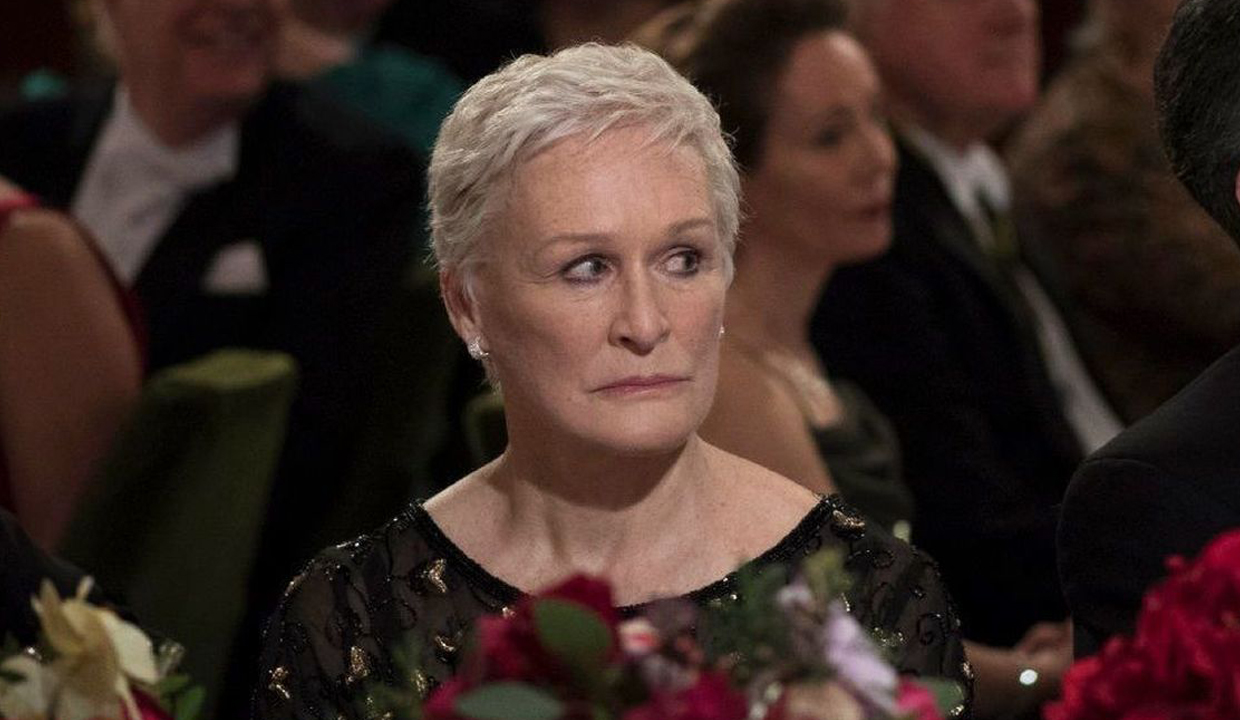 Should win: Olivia Colman (The Favourite)
Will win: Glenn Close (The Wife)

A win for Olivia Colman would prove an exciting, unconventional choice for the award of Best Actress. Colman has shown a steady, always impressive filmography to date, and cranks up her confident humour and pathos here, as Queen Anne in The Favourite.

Glenn Close delivers an undeniably powerful performance as Joan Castelman in The Wife, a film whose release was repeatedly delayed in order to campaign for the season that Close is now storming. It would by no means be the wrong choice, only one that feels overdue instead of exciting. 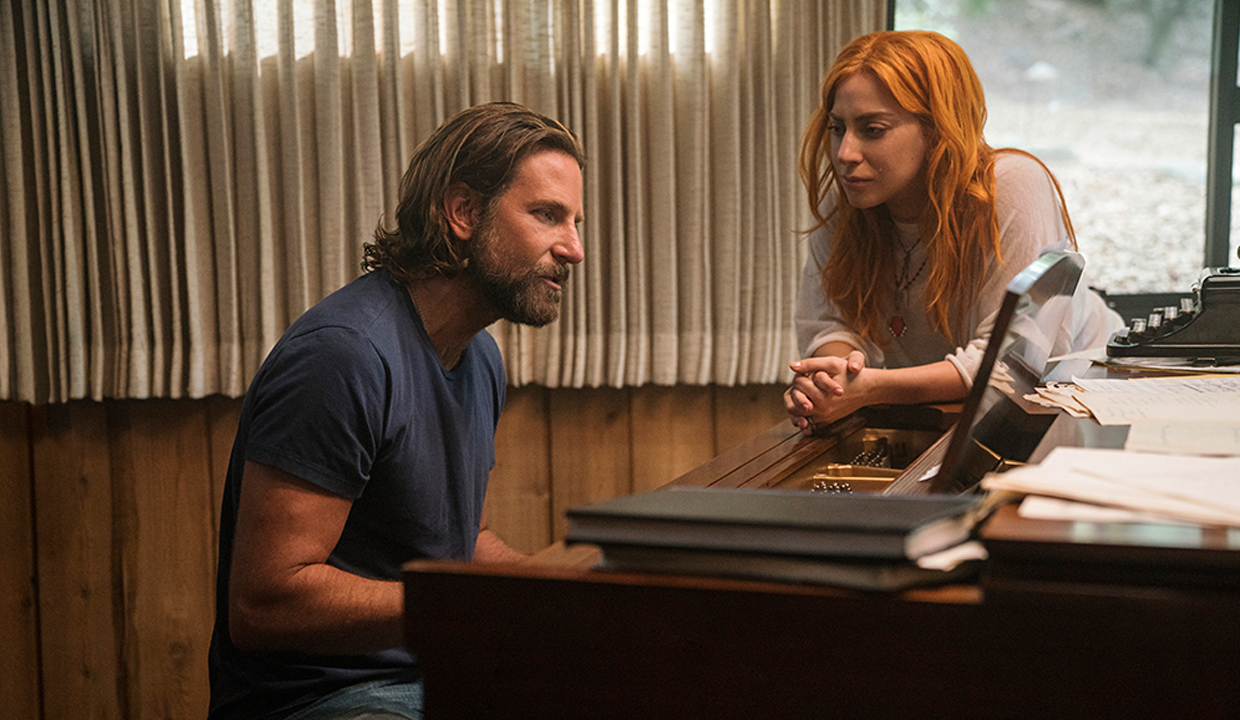 While the world is familiar with Bradley Cooper as an actor already, his transformation in A Star Is Born is truly something to behold. The actor disappears under a gruff beard and lowers his voice to become almost unrecognisable (he says Sam Elliott provided his key reference point), and proves his worth as a musician as well as an actor.

Playing arguably one of the most beloved musicians there ever was, Rami Malek has been winning just about everything going as Freddie Mercury in Bohemian Rhapsody. His performance is less nuanced than Cooper's, as his prosthetic teeth and flamboyant swagger suggest more of an imitation game than a true treasure of performance. 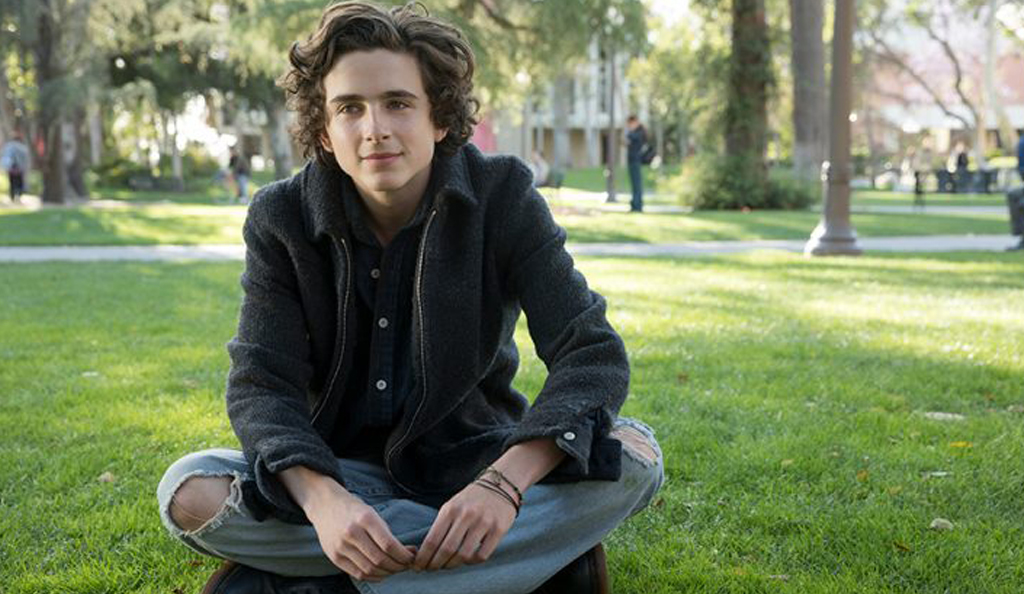 Should win: Richard E Grant (Can You Ever Forgive Me?) or Timothée Chalamet (Beautiful Boy)
Will win: Mahershala Ali (Green Book)

32 years after his career-making performance in Withnail & I, national treasure Richard E Grant should take home the trophy for his tremendous performance as smarmy sidekick Jack Hock to Melissa McCarthy's Lee Israel in Can You Ever Forgive Me?. Grant deftly navigates the tensions between inherently flawed humanity and irresistibly likeable character acting.

Timothée Chalamet made waves when he was nominated for his leading role in Call Me By Your Name in 2018, and his performance in Beautiful Boy is even more impressive. There's a depth to the young boy's pain, and a versatility that's slowly cementing Chalamet as a staple for a successful drama. It's a hope the Academy will recognise his talent before, 40 years down the line, he ends up being awarded for a lesser performance, just to make up for lost time.

There's no real mistake in celebrating Mahershala Ali for anything – the graceful, patient actor proves his elegance in the not-so-perfect Green Book. Ali's performance stands out as the finest element in the movie, but, following his 2017 win for Moonlight, it seems like an opportunity taken from others. 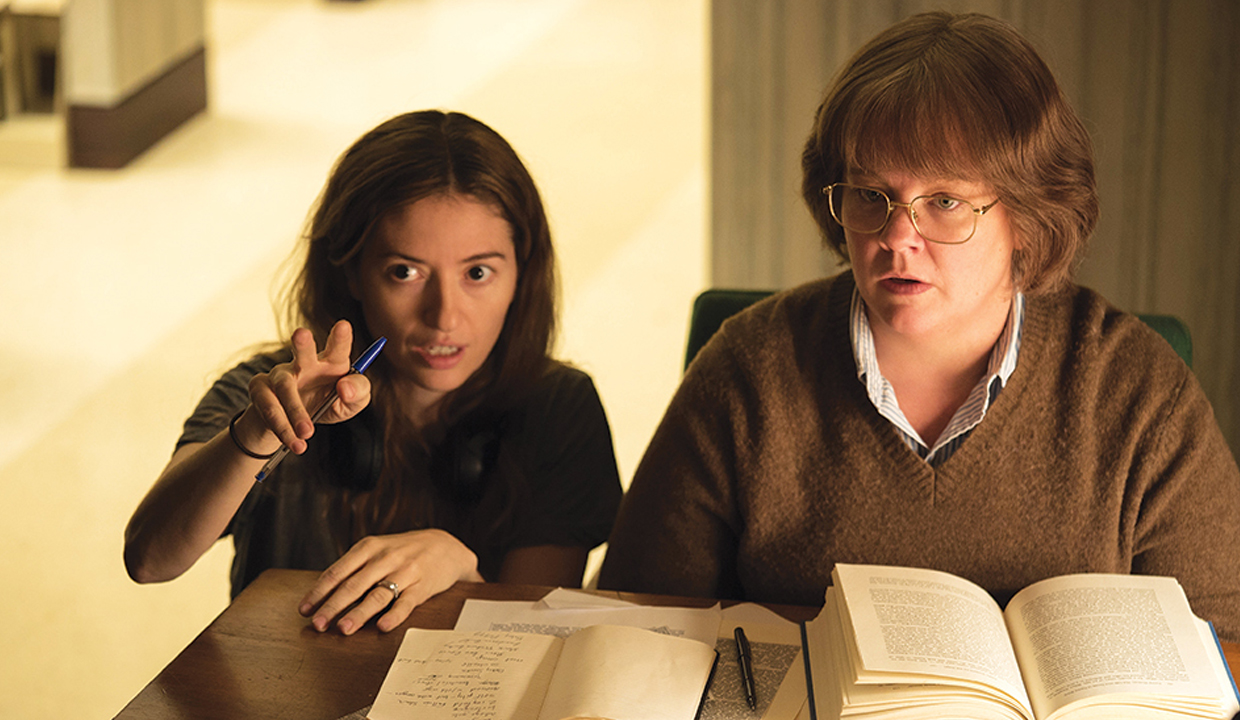 Should win: Marielle Heller (Can You Ever Forgive Me?)
Will win: Alfonso Cuarón (Roma) or Spike Lee (BlackKklansman)

While Can You Ever Forgive Me? is up for three awards, director Marielle Heller has been dismissed from the race. There have only been five women nominated for the Best Director award in the entire history of the Oscars, and this statistic is growing increasingly alarming not just for a tokenistic sake – but, as Richard E Grant said when asked about his own nomination, 'these performances didn’t come from out of the sky and what Marielle accomplished was quite astounding, so her being left out was my only real caveat' – a sentiment we can all agree with.

In his 30+ years in the business, this is the first time Spike Lee has been nominated for the Directing Oscar. It feels long overdue, then, that the Academy should only finally recognise his incandescent achievement with BlackKklansman. However, Cuarón's triumph in making his personal story feel so universal will undoubtedly sway the discussion, leaving this category somewhat open. 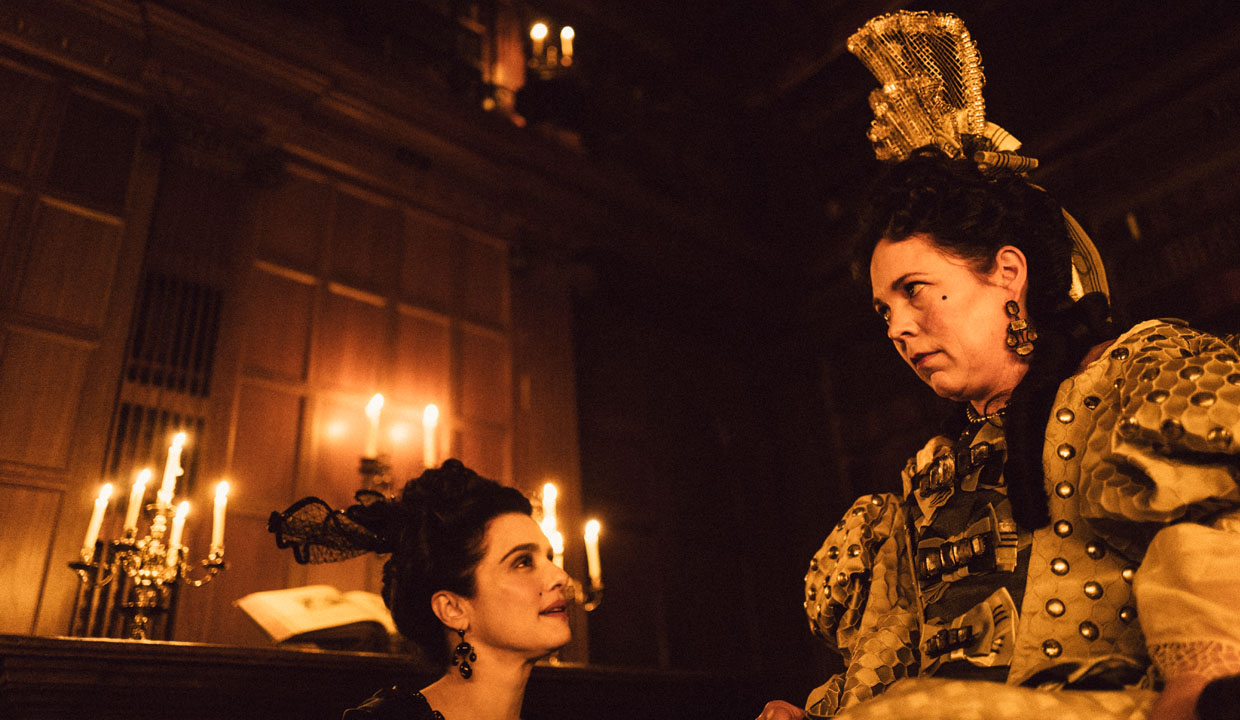 Over a year since its Sundance premiere, comedian Bo Burnham's debut feature Eighth Grade is still a couple of months away from a UK release. The coming-of-age story starts a few years before most conventional teen movies, as the focus on 13-year-old Kayla Day gives the story a fresh perspective. Burnham's writing captures the specificity of being a teenager, by making the uneventful details feel as important, terrifying, humiliating as they do in reality. Although the Academy completely snubbed Eighth Grade, Burnham won the Writers Guild of America award for Best Original Screenplay, beating all other Oscar-nominated competitors.

The Favourite is in with a good chance of winning, as Yorgos' Lanthimos scathing period piece has shocked audiences and won over critics throughout the season. It's the first of Lanthimos' films for which the director hasn't written the script, but so much of the film's saliency lies in the details, like the incisive and deadpan precision with which Queen Anne says of Abigail Masham, 'I like it when she puts her tongue inside me'. 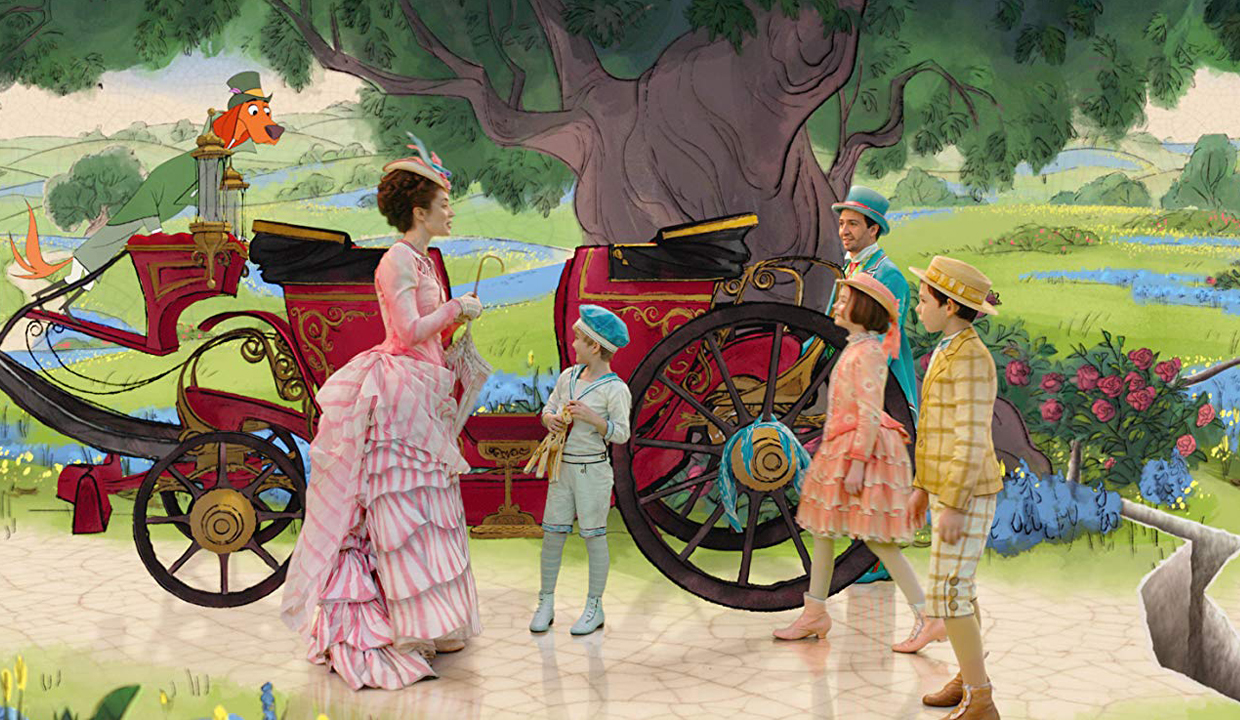 If there's any justice in the world, there can only be one person to collect the Oscar for Best Costume Design. While there are no unworthy nominees (a particular mention is in order for Mary Zophres' rich and textured designs in the Coen Brothers' Western anthology), industry titan Sandy Powell will undoubtedly go home with recognition for her work.

While the watercolour suits in the animated sequences of Mary Poppins Returns reveal the intricate craft and imagination of Powell and co, her work on the regal clothing of Queen Anne's court in The Favourite displays the class and lavishness that the Academy is sure to ravish. And if you'd like to see the proof for yourself, costumes from the film are still on display at Kensington Palace.