Extended: A Week With Marilyn brings together a collection of rare images by photographer Ed Feingersh, giving an intimate window into the star's life

5 CW readers are interested
A Week With Marilyn, Galerie Prints, Wimbledon A Week With Marilyn, Galerie Prints, Wimbledon Emily Spicer
For one remarkable week in March 1955, while on assignment for Red Rock Magazine, thirty-year-old photographer Ed Feingersh photographed Marilyn Monroe as she went about her daily routine. But – as you can imagine – Monroe’s routine was anything but ordinary. In the seven days Feingersh spent with her, he captured the Hollywood star preparing for the opening night of Cat on a Hot Tin Roof on Broadway, and witnessed her being fitted for a costume she would wear while riding a pink elephant for a charity event in Madison Square Gardens. 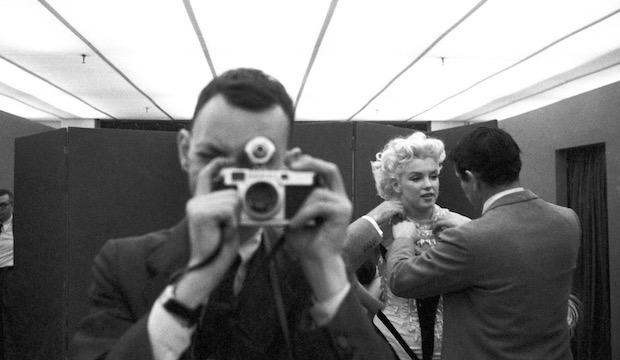 The story is reminiscent of the 2011 film My Week With Marilyn, starring Michelle Williams and Eddie Redmayne, set just one year after Feingersh took his photographs. We can only imagine how the young photographer felt on meeting the glamorous Monroe. A selection of these images – including some that have never been seen before – are going on display at Galerie Prints in Wimbledon. They have been produced from negatives found in a warehouse several decades after Feingersh died.