From the anticipated conclusion to Ozark with Jason Bateman and Julia Garner to the political thriller Anatomy of a Scandal with Sienna Miller, Netflix in April takes many dark turns 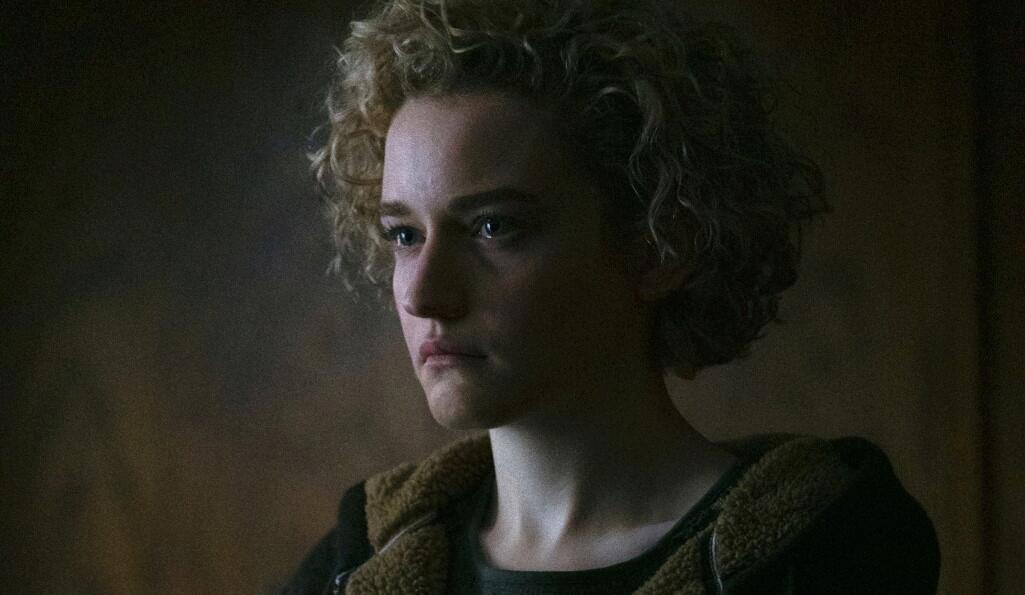 Although Ozark is ostensibly about the infinite struggles faced by the money-laundering Byrde family, their former associate Ruth Langmore (Julia Garner) has ascended as the series' most absorbing character.

Previously working for Marty (Jason Bateman) – helping with his dodgy businesses in the Ozarks – Ruth split from him and worked for the unhinged heroin farmer Darlene (Lisa Emery) instead. Ruth has endured much trauma and disappointment, but the events concluding the first part of this final season unleashed her full, violent and sweary fury.

In this last batch of episodes, Marty and Wendy (Laura Linney) appear to be approaching the last hurdle – but hell hath no fury like a Langmore scorned.

Read our review for season 4, part 1

How will Better Call Saul connect with Breaking Bad? Is Jimmy's wife/collaborator Kim Wexler (Rhea Seehorn) up for the chop? And what will happen to Gene, Jimmy McGill’s black-and-white alter-ego adopted after the events of Breaking Bad? As we enter the final season of this prequel series, bidding our scorching farewells to the funny and bloody world of New Mexico drug lords, these questions simply must be answered.

And following the slow-burn tone of the series, the climax looks to be a suitably quiet affair. In an interview with Empire magazine, lead actor Bob Odenkirk (who plays Jimmy/Saul/Gene) revealed that it’s a ‘powerful, surprising, subtle, kind of low-key piece that’s been written with the greatest integrity'. We’d expect nothing less.

Let’s face it: television loves a scandal, whether real or fictional. This new Netflix drama from Big Little Lies and The Undoing creator David E Kelley is very much fictional, but its premise is easy to imagine happening in the real world... despite how trashy it looks.

Sienna Miller stars in Anatomy of a Scandal as Sophie Whitehouse, the wife to British politician James Whitehouse (Rupert Friend). Their seemingly ideal lives are thrown upside-down when James is accused of rape by one of his aides in Westminster. This develops into a courtroom drama, where the prosecutor Kate Woodcroft (Downton Abbey’s Michelle Dockery) aims to take down James and tear Westminster apart.

In the world of Russian Doll, Manhattan sparks with time-jumping annoyances. In season one, Nadia (Natasha Lyonne from Orange is the New Black) fell prey to this – caught in a repetitive time loop every time she died (and she died a lot). She always woke up on the same night at the same party. After meeting Alan (Charlie Barnett), another soul trapped in time, they manage to find an exit.

However, four months later, they discover another example of time-foolery in season two. They come across an intergenerational time portal, which forces a deep dive into their pasts. Once again, they’re desperate for a way out.

He was a man that defined and then devastated British culture. He was a TV presenter, a knighted national treasure, who sexually abused adults and children for over 45 years. The posthumous revelations about Jimmy Savile not only exposed a monster, but showed systemic failures that allowed him to continue for so long.

Over two episodes, Jimmy Savile: A British Horror Story examines the serial abuser’s relationship with the British public, the establishment, and the media – trying to understand how he got away with it.

The full Netflix in April slate:

6 April
Jimmy Savile: A British Horror Story
Michela Giraud: The Truth, I Swear
The Ultimatum: Marry or Move On

7 April
Return to Space
Senzo: Murder of a Soccer Star

15 April
Anatomy of a Scandal
Choose or Die

22 April
Along for the Ride
Heartstopper
Selling Sunset season 5