Jared Leto and Anne Hathaway star in this new Apple TV+ series about the rise and fall of workspace company WeWork, as led by cultish CEO Adam Neumann

‘You will spend the rest of your lives trying to recapture what you have now,’ says Adam Neumann to a class of younger college kids, in the first episode of WeCrashed. He’s not yet the CEO of WeWork, the cultish workspace company that haemorrhaged millions every day under his leadership. At this point, he’s a ‘serial entrepreneur’ who drags suitcases around town, pitching collapsible heels and kneepads for babies.

Adam (played by the crazy-eyed actor/rockstar Jared Leto) evolves from travelling salesman to billionaire co-founder of a unicorn start-up. But that lifelong struggle to recapture a lost youth never changes, serving as a great catalyst and USP for WeWork. One that seduced so many young employees into a company that apparently strived to create a 'community' and to 'elevate the world's consciousness'.

WeCrashed is concerned with the greedy executives at the top. But it’s also an absorbing coming-of-age tale of a corporation, which endures a prolonged adolescence before reaching its reluctant maturity. 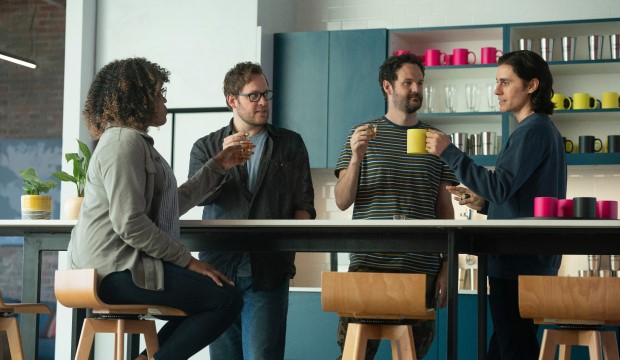 This Apple TV+ series created by Drew Crevello and Lee Eisenberg is clearly descended from the Aaron Sorkin biopics The Social Network and Steve Jobs, but both of those are stories of success. The acidities of Jobs and Zuckerberg were forgiven because of their genius. Adam has a similar vision, confidence, and ego – it’s hard not to like him – but his business sense is scattered, concerned only with having as much fun as possible. This turns into toxicity, bullying, and a scary Christ-like status.

Rebekah gradually becomes more interesting than Adam: torn between her anti-feminist outlook and the desire to be treated with the same reverence as her husband. Her spiritual demeanour becomes an entertaining, tragic punchline. She spouts harmful platitudes like ‘misery is a choice’, while hiding her own tears. She’s flighty, spoiled, and lives in the intimidating shadow of her famous cousin: Gwyneth Paltrow. 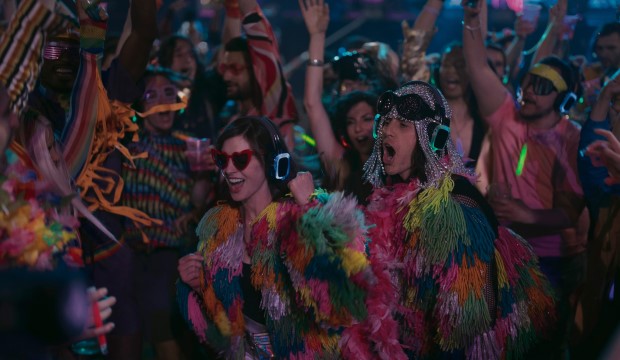 A lot of the marketing material for WeCrashed emphasises this ‘love story’ between Adam and Rebekah, probably to elevate the strange humanity at its core. But much of their ‘love’ hinges on money, preferably millions of dollars, for expensive homes and positive energies.

The series is more about the Wolf of Wall Street-like hedonism that arrives so easily with wealth and power. It bleeds into the employees, who knowingly work in a toxic environment. They’re seduced by that excess, by Adam’s constant need to party and drink bottles of tequila and inhale massive bongs of billowing cannabis.

The employees aren't examined with enough depth. The writers even swerve some of the more unsettling allegations that have been reported, choosing the flashier executive route instead. But it does a decent job of exposing that atmosphere, especially in how the women are treated, in the riotous third episode Summer Camp: featuring concerts, tribal chanting, and a ‘F**k Closet’.

An eight-part duration is intimidating, particularly as WeCrashed is the latest in a newly popular 'grifter' genre that's already becoming over-saturated. However, these manipulative, money-hungry characters grow into fascinating specimens of capitalist culture. The series captures that exploitable hatred of working: the need to create something beyond an office experience, one that saves the world. The reality is heartbreaking.

WeCrashed isn’t a love story between Adam and Rebekah, it’s a decade-long adulterous affair between work and fun. And let's face it: they're rarely right for each other. 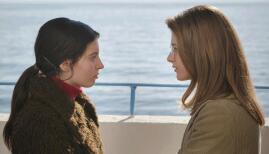 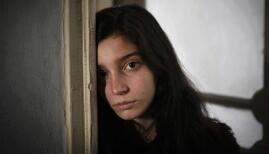