From the raunchy return of the Shondaland period drama Bridgerton to Ryan Reynolds playing a time-travelling pilot in The Adam Project, Netflix in March has plenty of enjoyable escapes 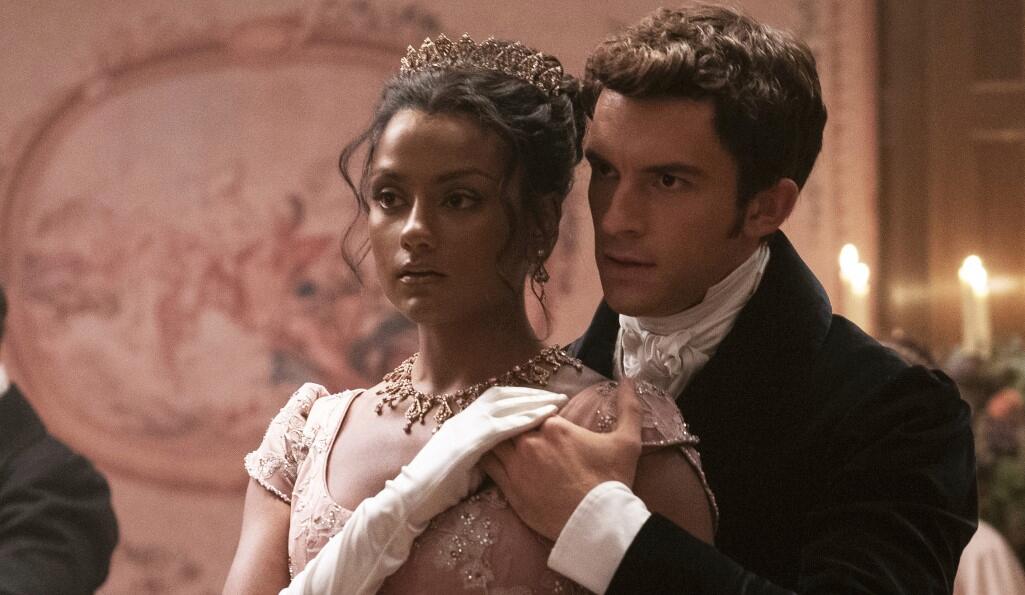 
The raunchy guilty-pleasure hit of 2020, season one of Bridgerton immediately shot up the Netflix charts and grew into a cultural phenomenon. Secret Cinema was even inspired to create an immersive event themed around the series.

The premise sounds like your bog-standard period-drama: set in Regency Britain, mingling with high society, and parents finding potential husbands and wives for their children. But there’s a silliness and a sex appeal to Bridgerton: something you watch purely to laugh at and be seduced by, to empty your mind and escape.

Season two was delayed because of Covid, but we're looking forward to another cheesy slice at the end of March. This season focuses on the sleazy eldest Bridgerton brother Anthony (Jonathan Bailey). From a recently released clip, he has a new love interest: the outspoken and feministic Kate Sharma (Simone Ashley).

Many of us have solidified ideas about our parents during childhood, and those gradually dissolve into more nuanced perspectives as we get older. But for the 30-year-old Andy (Bella Heathcote) in Pieces of Her, based on the Karen Slaughter thriller, those coming-of-age realisations become much more explosive.

In a restaurant in Georgia, Andy’s chatting with her apparently conventional mother Laura (Toni Collette) when a sudden act of violence erupts nearby. Laura springs out of her chair and takes the assailant down, making her a viral sensation. Dangerous forces close in and Andy discovers more about Laura's past. Did she really know her mother at all? The End of the F***ing World's Jessica Barden also stars.


Although Jason Segel is best known for his comedy roles like in Forgetting Sarah Marshall and his nine-year stint on How I Met Your Mother, he’s dived into more dramatic roles over the last few years. He even played the revered academic author David Foster Wallace in The End of the Tour. Continuing that streak, but with some humour sprinkled in, he stars in the new Netflix film Windfall as a man who breaks into the house of a rich couple.

Jesse Plemons (The Power of the Dog) and Lily Collins (Emily in Paris) play the rich couple who are, understandably, shocked to encounter this man in their home. After being caught, the burglar holds them hostage and attempts to negotiate a larger monied exchange.

This new sci-fi film from Stranger Things director Shawn Levy has Reynolds play a pilot flying through time, eventually finding his childhood self and coming ‘to terms with his past while saving the future’. Mark Ruffalo, Zoe Saldana and Jennifer Garner also star.


Swindlers and con artists seem to be the latest trend in Netflix’s true-crime roster, ranging from the feature-length doc The Tinder Swindler to the nine-part Anna Delvey series Inventing Anna. The newest addition, Bad Vegan, focuses on the former Manhattan restauranteur Sarma Melngailis, who owned one of the most popular raw-vegan restaurants in New York – attracting the likes of Anne Hathaway and Stevie Wonder.

Melngailis was accused of stealing $2 million from the business for the benefit of Anthony Strangis, a man she had met on Twitter. The strangest part of the story? Allegedly, she believed Strangis had the power to make her dog, Leon, immortal.

The full Netflix in March slate:

Wednesday 2 March
Against the Ice

Thursday 3 March
Surviving Paradise: A Family Tale
The Weekend Away

Friday 4 March
Nightride
Pieces of Her

Tuesday 8 March
Last One Standing
Taylor Tomlinson: Look At You

Wednesday 30 March
All Hail
Trust No One: The Hunt for the Crypto King