Few dramas are as excellently infuriating as Ozark, a family crime series that rose from the cultural ashes of The Sopranos while maintaining its own unique, nihilistic muteness. The writers never give the Byrdes a break or show any mercy for their money-laundering schemes – masked by moral good-standing in the Ozarks, a sylvan pocket of picturesque Missouri. Even when plainer sailing is foreseeable, a shocking force tears through the sails and leaves the Byrdes constantly struggling for breath.

The sudden murder that closed season three – ordered by the psychopathically quiet Mexican drug cartel Omar Navarro (Felix Solis) – was a last-minute twist that Marty (Jason Bateman) and Wendy Byrde (Laura Linney) spend the start of season four washing out of their hair. They’ve ascended to a new level now: they’re playing with the big boys, which includes Omar's trigger-happy nephew Javi (Alfonso Herrera). How could life possibly get any worse? Ozark finds a way. 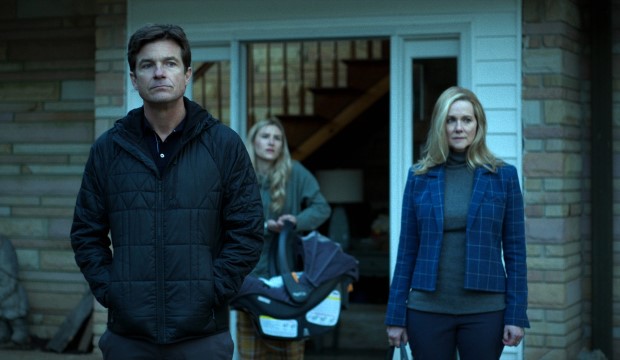 The series always straddled the entertaining line between reality and absurdity. This season, the objective flies into even more complex and baffling territory. Omar orders the Byrdes to secure his safe passage to the United States, using Marty’s connection to the FBI: Special Agent Maya Miller (Jessica Frances Dukes).

The Byrdes’ faces will undoubtedly reflect your own as you ponder, like the famous Math Lady meme, the logic and logistics of such a request. And that’s part of the fun.

The metaphorical ghost of Wendy’s departed brother Ben (Tom Pelphry) lingers over the family. The youngest child Jonah (Skylar Gaertner), an awkward tech whizz, is always keen to remind his mother of her culpability and Wendy tries to justify her motivations at every turn.

But it’s hit Ruth Langmore the hardest. She's the most captivating character – played by Julia Garner in a catalytically sweary performance – having progressed from rags to riches with Marty's help. Ruth's now turned away from the Byrdes to join the insane and unpredictable Darlene (Lisa Emery) at the latter's heroin farm, where Ruth's young cousin Wyatt (Charlie Tahan) is also residing as Darlene’s, um, boyfriend. 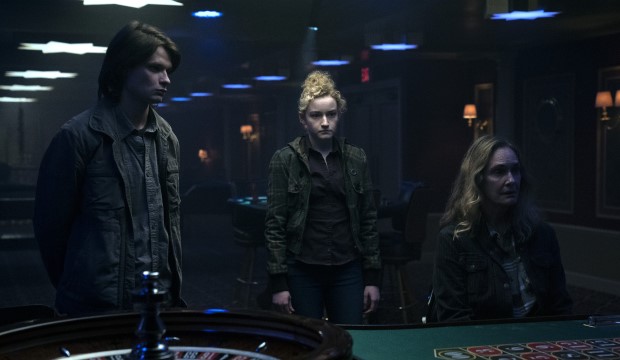 Meanwhile, the Byrde family is straining and struggling to maintain a united front, suiting the show’s irresistibly dark humour. Arguing about parenting methods while a notorious drug lord threatens their lives is brilliantly and ridiculously funny. It provides the sort of in-family conflicts that make you empathise with these unavoidably evil people.

They’ve been embraced by the community – Wendy’s even looking into a new political career – and they absolve their sins with morally hopeful prospects. It’s a bad-tasting consequentialist philosophy, a way of removing ethics or conscience out of convenience.

As such, Ozark retreads the cold, unsettling allegory of modern America: straining for a good and heavenly dream via the vicious pits of hell. Marty and Wendy can’t grasp that violence and corruption are prone to reproduce, over and over, in a vast, unending cycle.

Even worse, Marty continues to structure the illusion of pushing through to ‘the other side’, hoping to return to his former life in Chicago. But if you’ve watched the first three seasons, that dream sounds impossible. He may have a mind faster than his mouth, but his plans never fall comfortably into place.

This first batch of episodes gears toward Ozark's eventual demise, concluding later this year. And although there are a few clichéd flashbacks to the first-ever episode, superfluously showing how far the Byrdes have come, their end will hopefully be as unexpected as every other snag they’ve faced. It's a dark and deathly road ahead. And behind.

Ozark season 4, part 1 is available on Netflix from Friday 21 January. 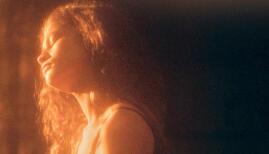 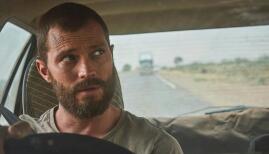