Imelda Staunton on A Confession, ITV: 'There were no easy scenes'

Imelda Staunton has shot from wicked fantasy to harrowing drama, starring in the new ITV drama about the controversial Sian O'Callaghan case. She talks to CW about the series 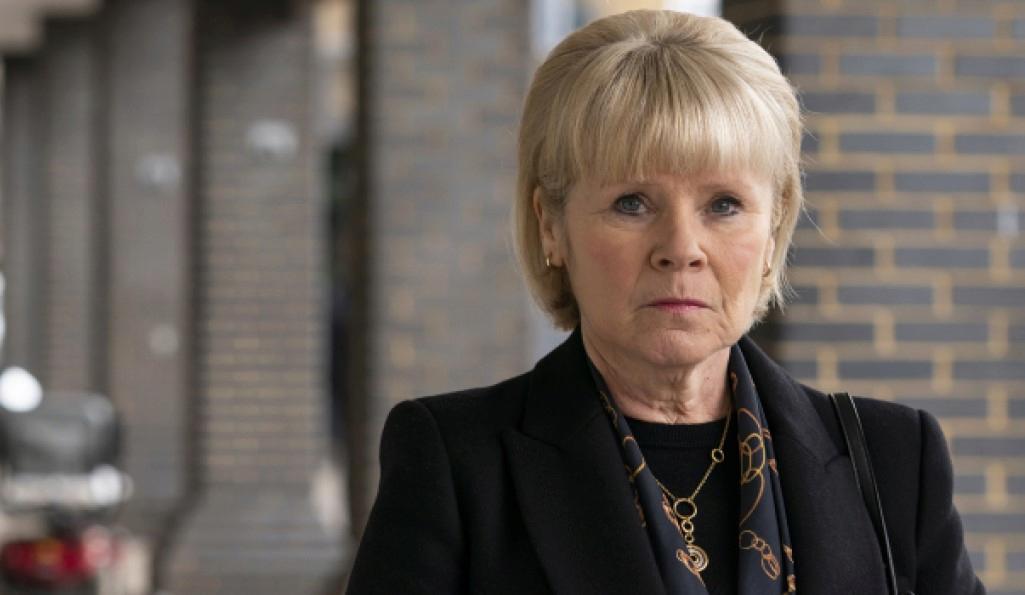 Imelda Staunton in A Confession, ITV
Imelda Staunton’s most recognised role is the demonic, sadistic, pink-felted witch in Harry Potter – the unquestionable zenith of the fifth film, Order of the Phoenix. It’s a surprise, then, that none of those cruelties can be found in the actor, who’s really a funny, bubbly, caring soul – proving what a remarkable talent she is.

Staunton has over 100 credits to her name, with six projects on the way. This September, she’s tackling a harrowing role in A Confession, the new true-crime drama from Oscar-nominated writer Jeff Pope (Stan & Ollie, Philomena). Based on the controversial Sian O’Callaghan case, in which DS Steve Fulcher broke procedure to extract a murderer’s confession, Staunton plays the mother to one of the victims.

Talking with an excited gaggle of TV journos, she discussed the moral questions raised in the series, being in the Downton Abbey movie, and her future in horror. 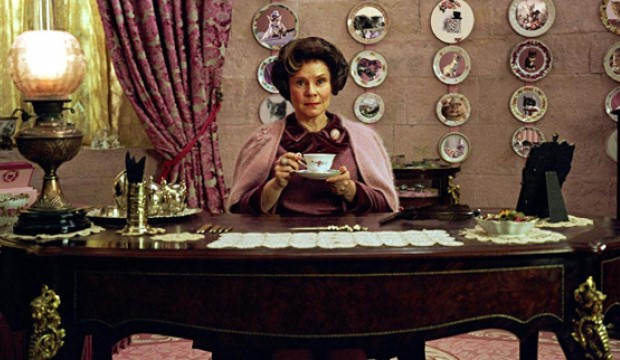 Do you have a few nerves going into a project where you’re portraying a real person?

Not really because we all are. They said, would you like to meet Karen [Edwards, mother to victim Becky Edwards], and I did. We had a five-hour meeting. She was terribly nice and forthcoming and welcoming. I didn’t want to ask her any prying questions. I was never gonna say ‘How does it feel?’. I think we know it doesn’t get any worse than that.

I wanted to get a feel of her – not what’s happened, just this person. I’m not doing an impression, just an essence. All her fuel is driven by grief and rage. She’s a force, she’s a real force.

And she’s happy for her story to be told?

You can’t get to that stage [without her being] happy. This happened a year or two ago, after Steve Fulcher’s book and Jeff [Pope, writer] looking into the case and everything. Karen’s been very active in the process. 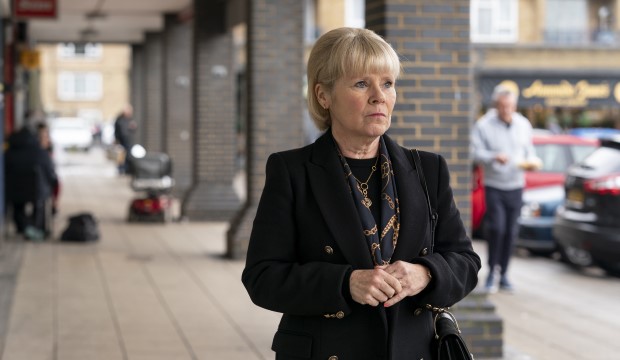 Staunton: 'Karen's been very active in the process.'

I said she can’t be there for any of the scenes. But I nearly finished it, and we were just doing a scene in a solicitor’s office and she came that day. It was lovely to see her, actually. Steve Fulcher came that day, but I didn’t see him because I was locked in this office. And then I met Elaine [O'Callaghan, mother to Sian]. Elaine and Karen are very different people.

It’s quite harrowing. There’s a scene between Karen and Becky that’s really powerful. How was that to act out?

It was OK… [laughs] Watching it will be much more effective than doing it. You’ve just gotta do it. You can’t mess around with that stuff. The camera’s there, so you can’t ‘pretend’ anything. You have to go for it. When you’re in the moment, nothing matters but telling that story.

It was wonderful because we had a Director of Photography [Vanessa Whyte], she was eight months pregnant. Wonderful to have that woman and then another woman on the camera. A very different vibe. [looks at the male journalists in the room] Sorry, guys! It just was. Those men’s voices who like to be heard… present company excluded.

It was a beautifully sensitive set. And Paul Williams, who directed it, [is] very sensitive – loads of tattoos, but a sweetheart. We needed that. It was intense for a couple of hours and then you move on.

Martin [Freeman] was saying that he found he was more tired than usual when he was filming this. Did you find that?

Well, no because I had days off! [laughs] Martin finished about a month before I did, but we all had days off. I think the longest I did was four days on the trot. I was doing it for three months or something, but I had time off. I’m not surprised [he was tired]. There were no easy scenes. 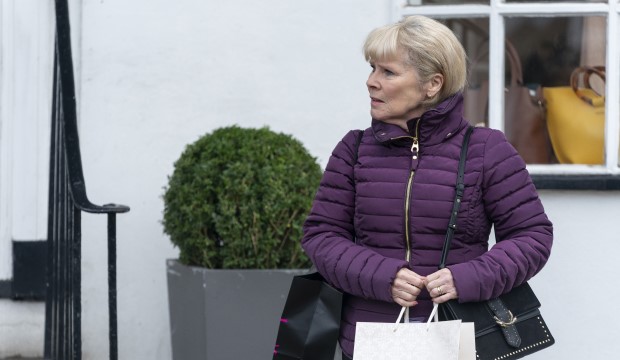 Staunton on filming A Confession: 'There were no easy scenes'

Why do you think there’s such an interest in true-crime dramas?

We can all ask! I have no idea. What is it? We want to solve things? Why do we want to look at the bad things that go on? Because we’re not near it – it’s safe in our sitting rooms? Or does it help us understand it? I don’t know if you can understand [Christopher] Halliwell.

I don’t know what it says about human beings – I think we’ve got too much time on our hands. We should be out doing something more meaningful than just watching people kill each other.

After doing a role like this, does it make you want to do something lighter?

Not particularly. Last year I did a bit on Downton Abbey. And Romola Garai sent me [a] script about two years ago. I think she’s brilliant. I started reading it… [gasps] Oh my god, it’s a horror film! She’s written a horror film! Fantastic! [laughs] So I’m doing a little bit in that. A nice weird part. So yeah – a bit of Downton, a bit of horror…

I’m trying to be brave enough. Hopefully, we’re in a very good climate at the moment for [posh voice] the ladies in the television programmes, the ladies who aren’t 20.

What was [working on the Downton Abbey movie] like?

Well it was very nice indeed. [I’ve] had inside information, as you know, for many years [Staunton is married to Jim Carter, who plays head butler Carson]. It was lovely to go to work. We’d only worked together a couple of days. I got to do stuff with Maggie [Smith] and Penelope [Wilton].

The thing is, people aren’t interested in seeing me and Geraldine James [playing Queen Mary]. They want that gang back on the screen. You just don’t want the disappoint them, the fans. You just want it to go down well and not to be a bloody huge disappointment. 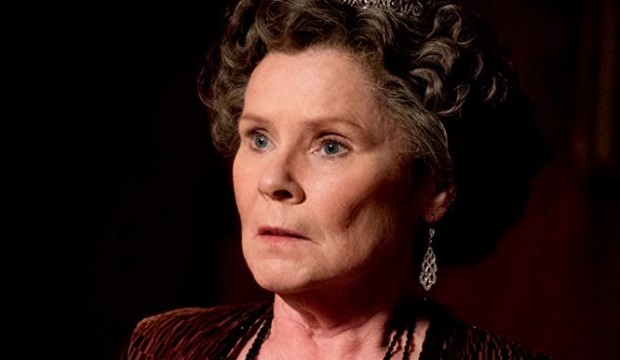 With A Confession, there are question marks about [whether Fulcher] should’ve followed procedure. Was that something that got talked about a lot?

We can’t really. Whatever we say isn’t going to make any bloody difference. You can have your opinions, [but] what do they matter? But I think it’s wonderful that we’re able to present it, as it is, without us trying to twist it in any way. As a mother or a father or whatever, losing a loved one, you’d want that police officer to just find that person. You want justice. You want revenge, which is the wrong thing to want.

[Fulcher] was an exemplary detective, no hint of a dodgy cop. [Then] a completely unique circumstance where a killer said ‘I’ve got you that body, do you want another one?’. What would you do?

PACE [Police and Criminal Evidence Act] is important, they needed it to stop people having the s*** beat out of them in a room. But this very good man’s career was ruined. I think this shows it in more detail: what happened and the law that cannot be changed. Should it be altered or should it not? Who knows? That’s why Jeff’s writing is just… he doesn’t manipulate at all, and I think that’s really admirable.

A Confession is coming to ITV this September