Game of Thrones is finally back, filled with family reunions and romantic dragon rides. Here are the key moments of episode one of season eight. Warning, major spoilers ahead. 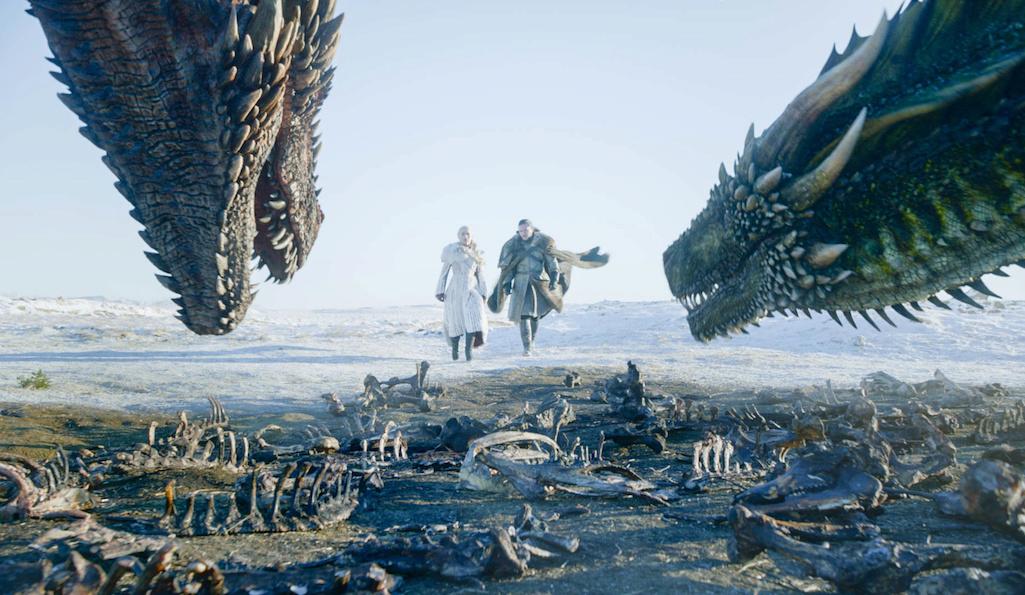 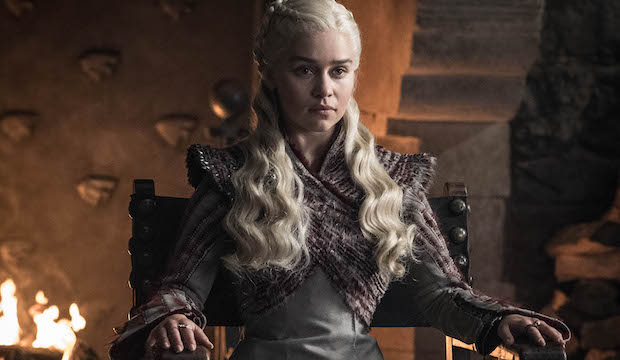 So, Daenerys (Emilia Clarke) has finally arrived in Winterfell after uniting with Jon Snow (Kit Harrington), bringing along her armies of Unsullied and Dothraki soldiers. Oh, and her dragons.

But Sansa (Sophie Turner), who’s ruling Winterfell, is deeply sceptical. There are some thick power struggles between her and Daenerys, with Sansa clearly unwilling to acknowledge the Targaryen right over Westeros – which will include the North if she succeeds to the Iron Throne.

A frosty relationship (sorry) between the Starks and the Targaryens isn’t a promising sign. And considering Jon’s rejection of a kingly title, the North might rather follow Sansa's leadership. If that happens, her dislike of Daenerys could result in something more violent. Can Westeros really cope with that sort of rivalry? 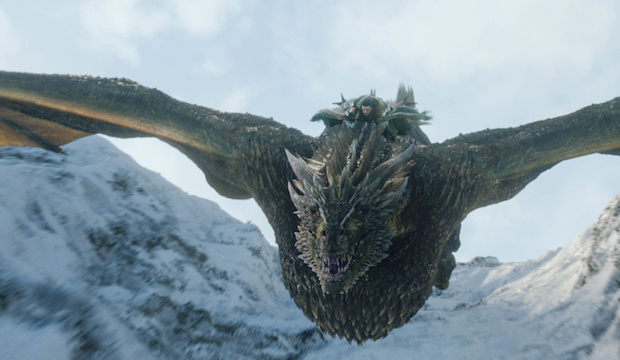 Would you believe it? Jon can actually ride a dragon!

We thought only Daenerys could control them, but maybe they’re warming to Jon as a potential father figure. That means two dragons can be ridden at the same time, which expands the options for their battle with the Night King and potentially with Queen Cersei (Lena Headey).

Although Daenerys doesn’t seem to question it, this new skill is probably down to Jon being a Targaryen (unbeknownst to either of them), a family of dragon-riders. And, incidentally, the dragon Jon rides is Rhaegal – named after Jon’s real father and, um, Daenerys’ deceased brother. 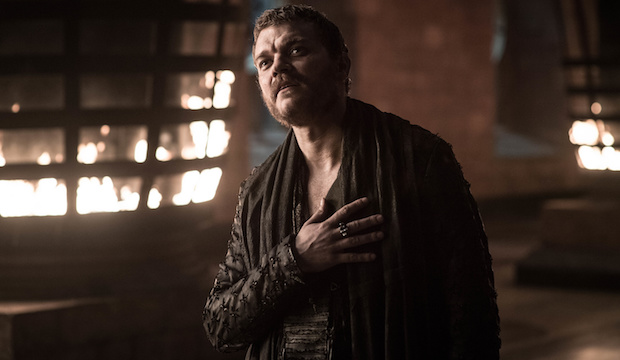 This is an odd choice for Cersei. Euron (Pilou Asbæk) is – as we know – a horrible, slimy Greyjoy who revels in blood and sex. His one objective doesn’t seem to be unity between the Lannisters and the Greyjoys, but to sleep with the queen. It’s like an ultra-masculine ambition that needs to be fulfilled, something he can boast about later.

But their eventual marriage, promised in season 7, can’t end well. Cersei must know that. Sleeping with him is a good way to keep Euron on side, like a political move, but she might have a bigger plan in store. Either way, it’s safe to say that things probably won’t end well for Euron.

Bronn is sent to kill Jaime and Tyrion 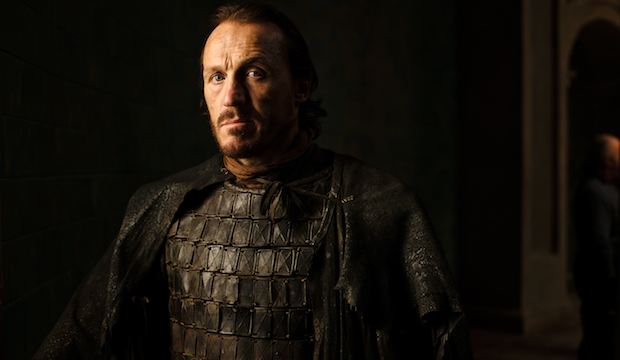 Queen Cersei Lannister orders Bronn (Jerome Flynn) to kill her brothers. Bronn’s served both Jaime and Tyrion Lannister, and built a rapport with them. You could even say they're friends. But for years, he’s wanted wealth – especially a castle – for his work as a sellsword. He's often claimed he only cares about money and not making friends.

But can he really kill them? There are hints that the vices of King’s Landing aren’t satisfying him anymore – he didn't look too enthused when being in a brothel with three naked women. Maybe he wants to be something more than a sellsword.

With Bronn heading for Winterfell, will he end up fighting against the Night King? Or will he pick off Jaime and Tyrion, and make a run for it? 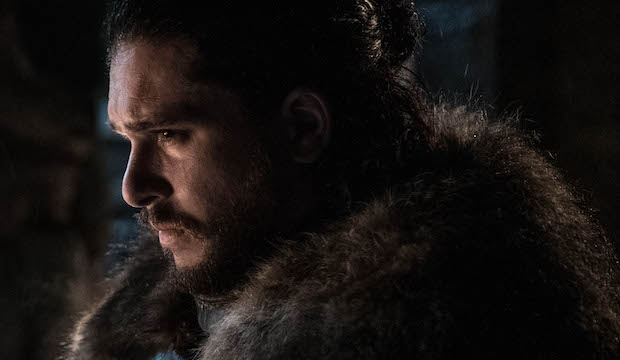 In case you’ve forgotten: Jon Snow is actually Aegon Targaryen VI, born from the union of Rhaegar Targaryen and Lyanna Stark during Robert Baratheon’s rebellion. Jon's not aware of this, but Samwell Tarly and Bran Stark (aka the Three-Eyed Raven) figured it out in the season 7 finale. After Sam is informed of his family's execution by Daenerys' dragons, he finally tells Jon about his Targaryen heritage.

Jon is understandably baffled, immediately citing his loyalty to Daenerys. But Daenerys can be dangerous, as the burning of the Tarlys proved. In this episode, Jon has claimed he doesn’t seek a crown – he only wants to protect the North. But this right to the Iron Throne gives him more power than any man in Westeros, which he could use for the good. It would also unite North and South together, at last.

But it's unlikely that Daenerys will accept that logic, believing for years that she’s the rightful heir. What will happen if both want the Iron Throne? The extremely pessimistic answer is that they’ll both war against each other for the throne. But how would they deal with Cersei?

It’s probably best that Jon keep his heritage to himself… for now.

The Night King is uncomfortably close to Winterfell 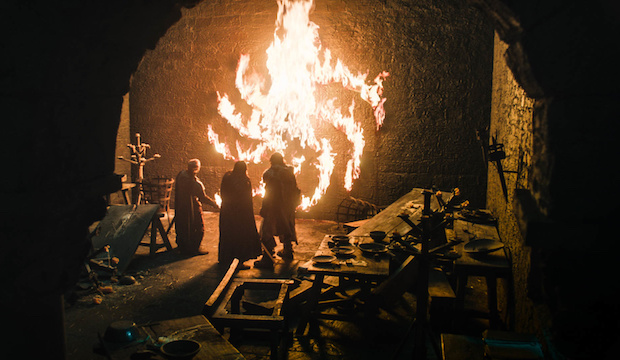 Somehow Tormund (Kristofer Hivju), Beric Dondarrion (Richard Dormer), and members of the Night’s Watch survived the collapse of The Wall. Now, they’re tracking the Night King’s movements. This brings them to Last Hearth, home to the Umbers. They arrive in the main hall to discover everyone’s been slaughtered, including the little Lord Ned Umber (Harry Grasby).

But that’s not all, of course. White Walkers aren’t in the habit of killing then leaving. Butchered body parts have been nailed to the wall, arranged into swirly shape (one they’ve made in the past). Once Dondarrion sets fire to the limbs, the shape brightens up. Is it the Night King’s own sigil? Will they form their own House of White Walkers to rule over Westeros?

If the Army of the Dead are marching between Last Hearth and Winterfell, that means Jon Snow and co. need to get ready. Fast. 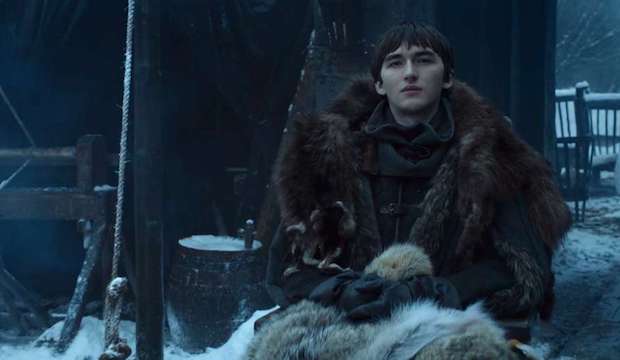 Jaime (Nikolaj Coster-Waldau) arrives in Winterfell after abandoning his sister Queen Cersei. But then, as he looks around, he sees Bran (Isaac Hempstead-Wright) – the boy he pushed out of a window and paralysed for life. They’ve not seen each other since, and Bran didn't know who pushed him (or so we think).

But now, with the powers of the Three-Eyed Raven and that unquestionable stare, it’s clear he knows what happened.

Despite Bran’s complete submission to the Three-Eyed Raven, maybe some deep and buried emotions will rise up? More than that, nobody else knew that Jaime pushed him. If the Starks are told that Jaime was responsible, will he be punished? Will Bran reveal all?