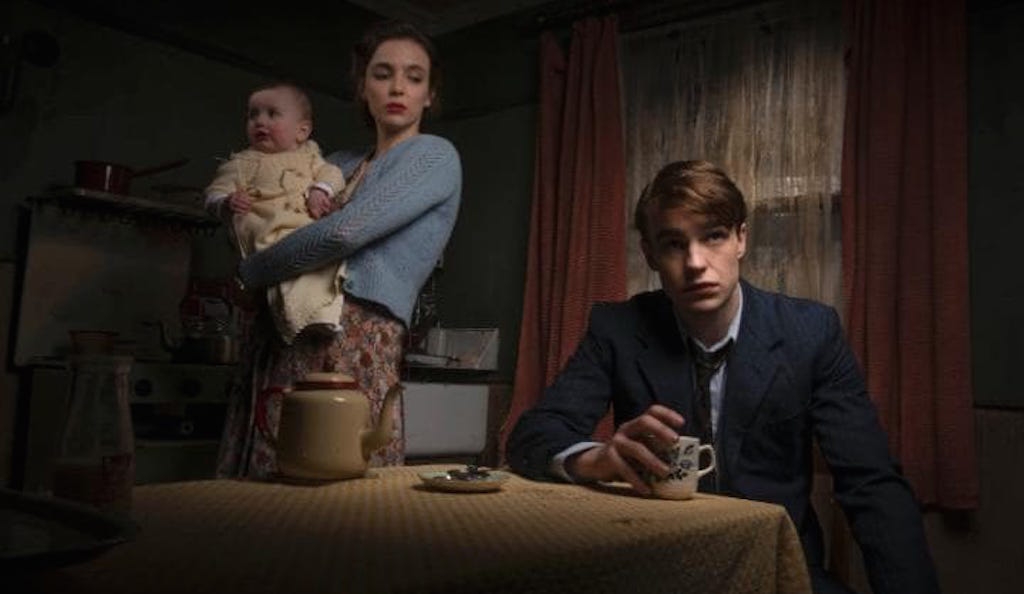 In the 1940s/50s, serial killer John 'Reg' Christie murdered at eight women in his home of 10 Rillington Place and stashed the bodies. His story went on to be one of the most famous miscarriages of justice in British history, and this winter arrives on BBC1 as a horrible three-part series named after the street where he lived in Notting Hill.

When we first meet Reg (Tom Roth) he is in prison for having borrowed a car from his friend that turns out to be stollen. Innocent (so he says), contrite and ashamed, Mr Christie apologises to his wife Ethel (Samantha Morton) for not having been in touch for over nine years. Upon her husband's release from prison, Ethel moves into his temporary and grim accommodation in Notting Hill (this was long before the area was home to the likes of Rachel Johnson and Hugh Grant) and suffers her husband's mysterious absences, trips to the local brothels and sinister suitcase half hidden underneath the sofa. 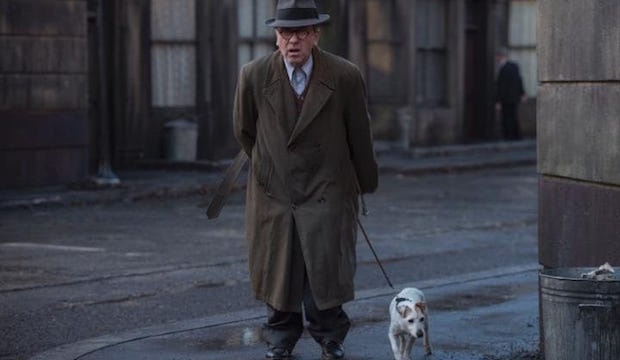 Where the BBC's last popular murder drama The Fall was glamorous and sexed-up, the first episode of Rillington Place goes out of its way to let you know that murder is a miserable thing. All the colour is bleached out of post-war Britain and its vast variety of dirty pinafores and peeling wallpapers are merged into one large beige colour palate as though shot through a sepia Instagram filter. The tinkle of horror film music rattles and clanks along, so that opening of every (grey) door and the eating of every (grey) chocolate looks like it might mark a murderous outburst.

It's hardly original to offer yet another drama about the murder of vulnerable women, not least as the story was turned into a film by the same name in 1971. Nonetheless, the BBC offers an interesting look at domestic abuse in its extreme and the failings of the police system.

If you can get over how artificially washed-out and sinister everything is made to be, of if you're interested in dysfunctional relationships and the depths to which people can deceive themselves and those around them, this is a watchable and stirring TV show.