OITNB is back and as arresting as ever. Here's everything you need to know about the Litchfield ladies before binge-watching series 4 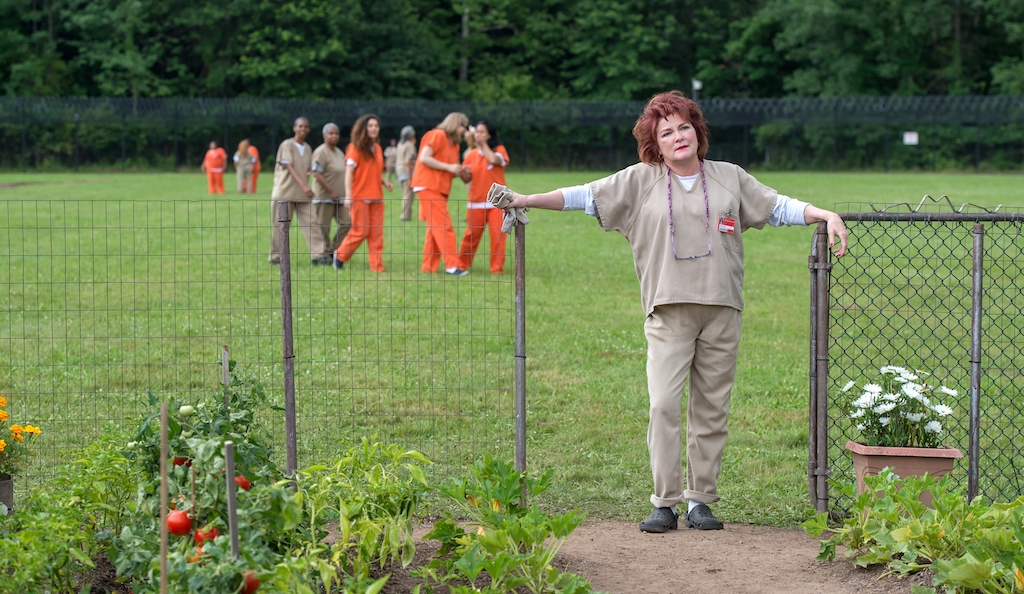 The inmates we have come to know and love over the last three seasons poured out of Litchfield Penitentiary through a hole in the fence and splashed their way to freedom in the adjoining lake.

Orange is the New Black series three ended on a wave of rousing euphoria. Tensions, deprivation, heartbreak and violence flowed into the singular joy of temporary freedom. 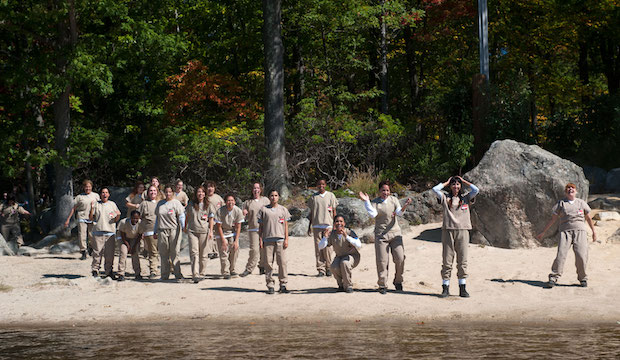 This is where we find the women at the start of season 4 – giving their jumpsuits a good soaking on the wrong side of the fence.

But don’t be fooled by the frolicking. Piper Kerman’s compulsive Netflix original series is as unflinching as ever.

Murder, celebrity and a serious case of overcrowding await on the other side of the fence and there’s nothing like a taste of freedom to intensify captivity.

It’s not just Red, Crazy Eyes, Taystee and the rest of the old inmates herded back into confinement.

Litchfield is a ‘for profit’ prison now. The doubling of the inmate population means a sea of orange outfits, some very claustrophobic sleeping conditions and an inevitable power shift. 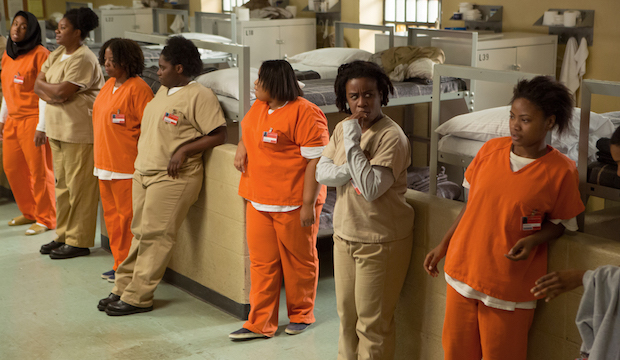 More than ever, Litchfield looms over all, as much of a character as its colourful inhabitants. We see a newly promoted Officer Caputo wrangling with account management, admin and budgetary corner cutting. We’re privy to the moral and practical motivations behind the administrative shifts and can anticipate the repercussions across the cellblocks.

In suitably cyclical rise, Piper is now top dog. Instead of the naive newbie of season one we see a hardened, professional prisoner who’s ready to rule over the next batch of convicts. But a lifetime of W.A.S.P privilege and angst isn’t crushed by a few years inside and her hubristic Miss Mobster act is faltering. 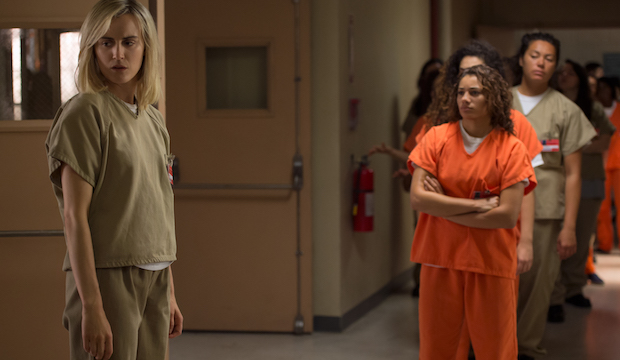 The quest to be the biggest badass is a glossy foil for the real drama, which is, quite literally, buried… (no spoilers here).

Daily banalities such as snoring cell-mates and long queues for the bathrooms are balanced by flashes of jeopardy and danger. Families and lives left behind in the outside world are a distant memory, only summoned through the odd visiting hour or rather public payphone exchange.

The momentum comes from the microcosm of prison life: romance is flourishing; a famous new inmate causes a buzz of anticipation and warm culture clash comedy; and tangible release promises to both break and restore family relations. Flashbacks to childhood and pre-prison life throw characters into sharp focus and this season's backstories are particularly poignant (and the tear-jerking vulnerability has an unexpected source).

Oh and don't forget those loose threads from the last series: transsexual Sophia shut away out of sight in Max Security growing increasingly desperate, a hit man from sent to assassinate Alex Vaus, and the intense pressure to make financial cutbacks.

Don't blame us if you devour the whole series without stopping for fresh air; we did.