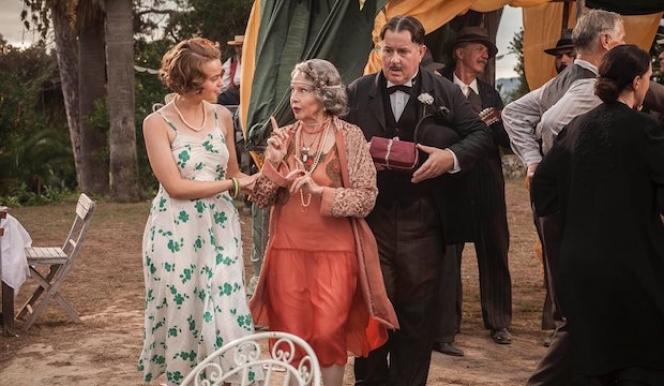 The Durrells episode 6 review
Rejoice! The Durrells has a second series! As we speak, the deliciously eccentric cast of characters from the pages of Gerald Durrell's semi-autobiographical novel My Family and Other Animals -- here brought to life on our TV screens -- are on the island of Corfu raising their eyebrows archly at one another and inventing gloriously silly story lines and witty quips (oh how jealous we are).

And there is yet more good news for any Durrells fans. The sixth episode of series marked a return to the perfect form of the first two episodes that made us all fall wildly in love with the show after, frankly, two disappointing episodes (four and five) that lost their way.

This week on the feel-good Greek island, mother Louisa enlisted the help of her gun-toting, macho-mad son Leslie to help organise her wedding to a suspiciously bronzed and well-oiled Swedish man Sven.

Between arranging her own (un?)happy future, she casually decided to destroy that of her eldest son: announcing to his girlfriend that Lawrence is a serial philanderer and recommending that she should run for the green and pleasant English hills.

Indeed it was the episode of false starts, as lovely little Gerald Durrell (Milo Parker) attempted to set his collection of zoo animals loose in the wild and even the Countess and her pinched and hilarious butler (played by Jeremy Swift who you might recognise as the pinched and hilarious butler in Downton Abbey - a stroke of originality from ITV) struggled to keep to her promise to stay alone and depressed in her dark and echoing mansion.

If you missed it, we thoroughly recommend you to ITVplayer and catch up on the glorious feel good, kookie episode with a laugh-a-minute script writing that first made us fall in love with the family. The countdown to season two begins.