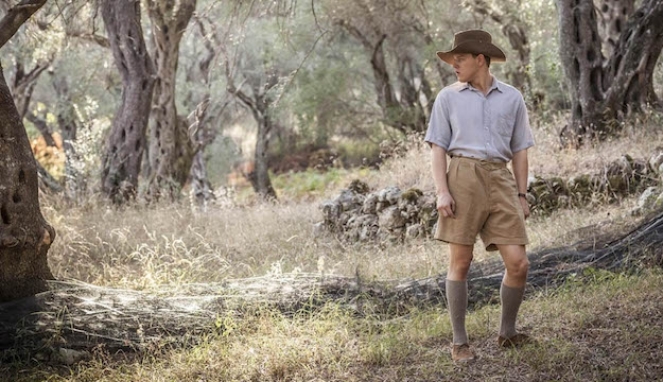 Our beloved Sunday night viewing, The Durrells, got off to an unusually morose and miserable start this week.

On the hot and dusty island of 1930s Corfu, the eccentric English family - that of the naturalist Gerald Durrell - endured their first real fight and landed themselves in trouble with the Greek legal system.

Dispensing with the light-hearted touch that made the previous episodes such a hit, our exotic little idyl was disturbed by the family’s depressed second-eldest son Leslie (Callum Woodhouse). Falling victim to his own self-pity, poor old Leslie stormed out of the family home with an armful of guns and fell in with a gang of criminals who forced him to commit armed robbery and pissed in his shoes for a laugh.

Gone were the silly jokes and the glorious wish-you-were-here holiday magic of Corfu in the glittering sunlight. Instead we were given wish-we-were-literally-anywhere-else shots of urine stained prison cells.

The occasional fun and fluffy scene that made it in felt jolly weird next to all this misery. How could Gerald Durrell possibly concern himself with getting an Orthodox Greek Priest to conduct the funeral for his dead bat, when his elder brother was in the clutches of dangerous criminals? Did Leslie’s mother (Keeley Hawes) really have time to be borrowing dresses and falling out of tiny sailing boats in front of the man she fancied? Didn’t she have a depressed, gun-toting 18-year-old she was meant to be hysterical with worry over?

Sadly, this grim and miserable story line was much truer to the life of Leslie Durrell then accounted for in Gerald Durrell's book My Family and Other Animals. Leslie did indeed compensate for how inadequate he felt in the shadow of his brilliant older brother, the novelist Lawrence Durrell, by developing a fascination with guns that would lead to criminal behaviour and irreparable tears with his family. By the time he died in 1983 while drinking in a Notting Hill pub at only 63, his relationships with all his siblings were in tatters and none of them attended his funeral.

In this respect, it was a brave and honest of scriptwriter Simon Nye to transgress Gerald Durrell’s presentation of joyful family life and to explore the depressions and obsessions that haunted the family in reality. But, unfortunately, if we were looking for hard-up realism, we’d be watching Keeley Hawes in Line of Duty (also on TV) instead of Keeley Hawes in The Durrells. Bring back the whimsical harmless idyl we’ve grown used to and dispense of all that hard stuff. That’s not what we’re here for.