Blood, breasts and brothers: Versailles on BBC2 is a sumptuous romp through the real history of Louis XIV's court 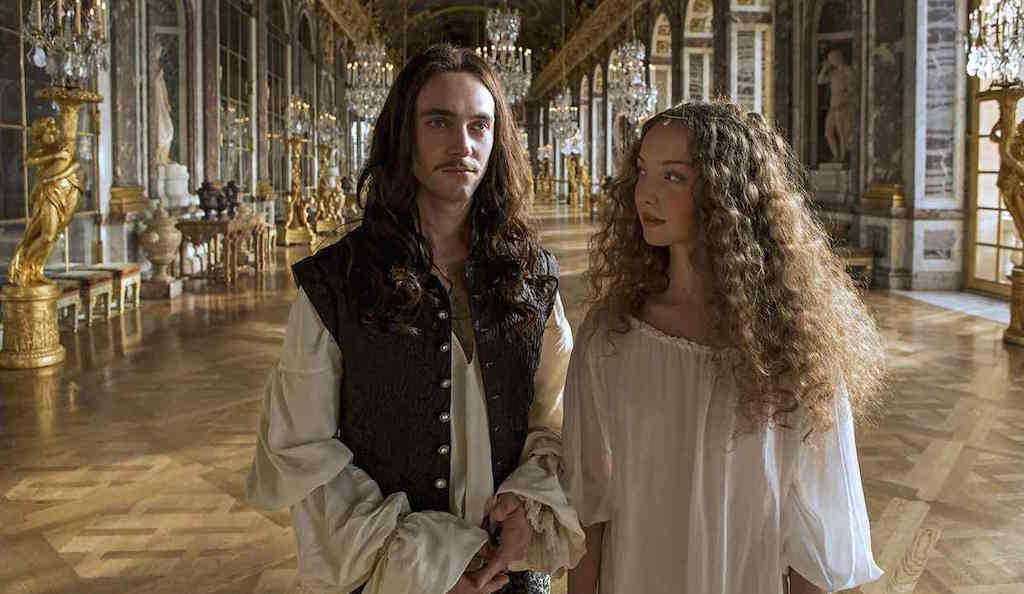 It's the opening scene of the new BBC2 series Versailles, and the King is having a wet dream. It's a pretty unusual dream, truth be told. Before a bouncing young blonde can jump on and begin squeezing an orange out onto the King's chest, he must watch his dying mother tell him to build a palace full of mirrors, as part of a plan to wrestle power back from the scheming court around him. Curious advice for an unpopular King with money troubles, but then there's no accounting for the weirdness of history.

If you like your history weird then this is the TV show for you. Sumptuous costumes, sex, violence, intrigue, more sex, self-flagellation, velvet hair, religion, hammy dialogue and - yes -sex again: Versailles on the BBC has everything a lover of The Tudors or Game of Thrones has come to expect from a TV drama. Except, unfortunately, for that je ne sais quoi that lies somewhere between compelling characters and – ironically – a believable plot.

His court are desperate to leave the hunting lodge in the small village of Versailles, and return to the sophistication and safety of Paris. But he is the King. So he ignores the lot of them, jumps on the back of a horse and rides into the woods where he can continue to overlook his courtier's plots against him, the infidelities of his wife and the attempts on his life, and instead ponder the important issues of the day – like how to build a really big lake.

His brother Philippe pulls himself away from the graphic scenes with his lover, Chevalier de Lorraine, long enough to find the King simpering at a wolf in the forest, as though it too were about to start squeezing oranges onto his chest. He tries to take Louis to task.

"Are you with me brother? Do you have my back?" asks the King. "You never did know how to share", comes the reply a few scenes later when the two boys are playing with horses and planning a war for some reason. This brotherly tussle for influence and power – and really expensive shoes – is, we hope, where the future storyline will be found.

There's a lot to get your teeth into, but with so much airtime given to boobs and blood, there's not much left to spend developing multidimensional characters. It's only the first episode though, and we expect big things of this beautiful and fast-flowing romp through the history of Louis XIV.