Plates are getting smaller, and flavours a whole lot punchier. Culture Whisper rounds up the best classic and contemporary sharing plates restaurants in London. 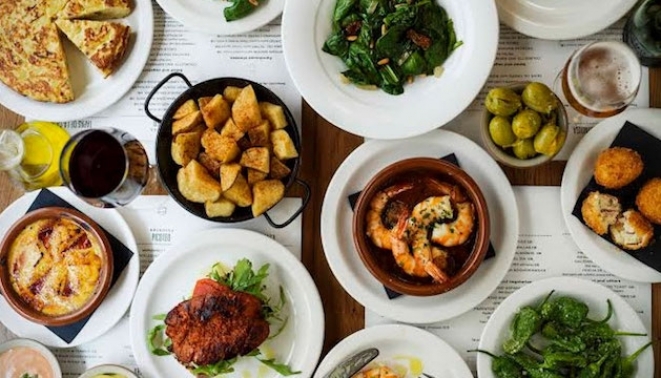 Having borrowed from the sharing plates culture of mainland Europe, London added innovation and is now known for its small plate dining. With the dawn of the Polpo franchise – famed for its Venetian tapas –– came a wave of interest in after-work light-bites, paired carefully selected wine pairings.
TRY CULTURE WHISPER
Receive free tickets & insider tips to unlock the best of London — direct to your inbox 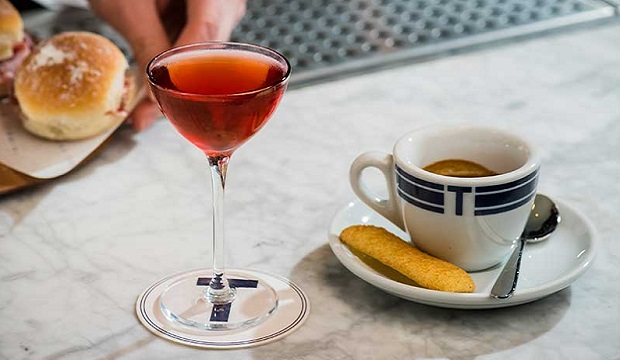 The lowdown: Tony Conigliaro is the master mixologist behind Islington's 69 Colebrooke Row and Hackney's Untitled. He has confirmed that a follow-up to one of London's best bars, the award-winning Bar Termini, will open Monday May 15th. Alongside the list of award-winning cocktails, Bar Termini is one of London's best sharing plates restaurants, and Centrale has a much-extended food menu, which will run all day long. A 'breakfast hatch' will open from 8am in the morning for takeaway coffee and pastries, but look out for the Panzerotti on the menu, a miniature calzone which is fried rather than baked. 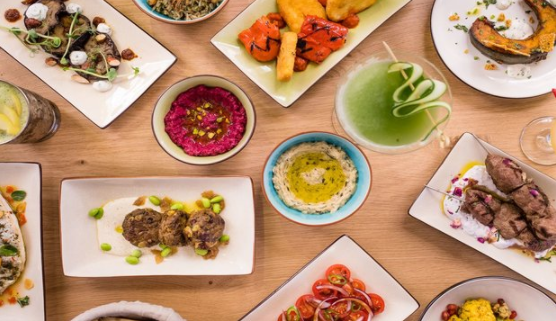 The lowdown: You'll find a colourful selection of dishes inspired by the Levant at this cheery lemon yellow restaurant. In South Kensington, this sharing plates restaurants interiors are as loud and bold as the food, which is infused with hundreds of different types of spices. The dish not to miss is the lamb shoulder, slow cooked for 5 hours, which arrives glistening with pomegranate pearls; it is enamored by 12 spices that create a crunchy flavour layer above impossibly soft lamb. And it's all designed to share.

Best for: Marinades, rubs and infusions, prepared over a number of days, to create complex flavours. 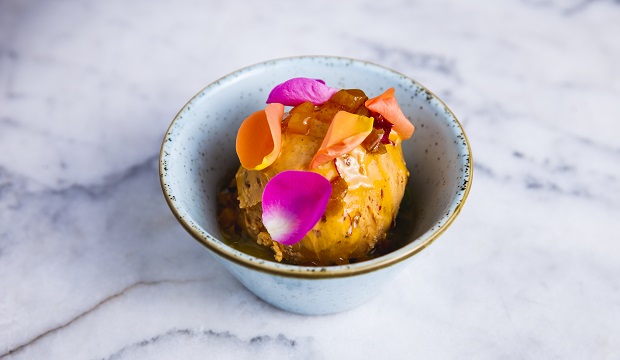 The lowdown: Jan finds inspiration from the Caspian to deliver dishes like charred miso and tahini spiced cauliflower, sticky sumac chicken wings, lamb kofta skewer with pomegranate molasses. A rare beef salad with charred leeks can be returned to again and again, and is unknown on London turf; Jan's mission is to create dishes you won't have seen elsewhere in sharing plates restaurants in London. Cocktails incorporate tea as a main focus, with fragrant use of spices and it's all designed to share, all day long.

Best for: Vegetables getting centre stage as hero ingredients in dishes, and lighter meat dishes. 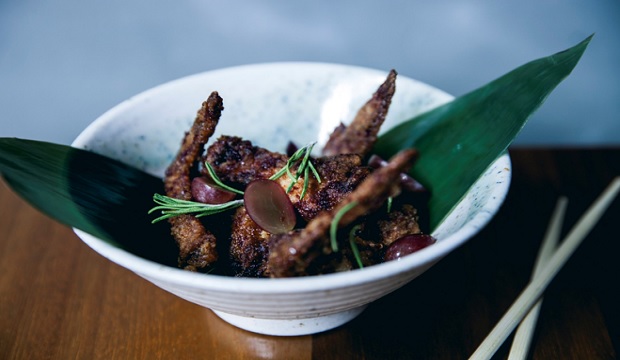 The lowdown: Bó Drake embodies Soho. Fast-paced fusion through the lenses of Europe and Asia, this bolthole on Greek Street is all about discovering new flavours. Following a successful few years, a new cocktail range has launched that's in part influenced by Milroy's of Soho, next door. A prosaic menu of 'meat' 'fish' and 'vegetables' won't take you much time to circumnavigate, but that's a good thing at a restaurant that's survived its first two years in Soho without closing. Go for the classic KFC (Korean fried chicken), playfully served in a big shareable pile. The soy garlic glaze leaves a waxy finish which prolongs the goodness. 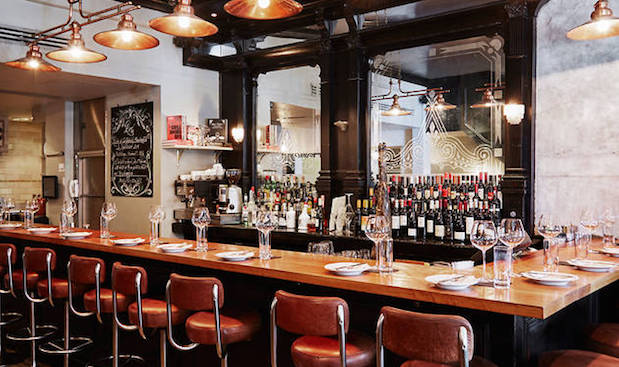 The lowdown: Fancy some great tapas after an evening at the Opera House? Arguably one of London's best Tapas restaurants, this former pub has been converted into a modern two-story restaurant that cooks up Italian–Spanish dishes on a charcoal grill. Wondering what to order? The mini Ibérico pork and foie gras burger are especially popular here. A beacon of London's contemporary sharing plates restaurants. 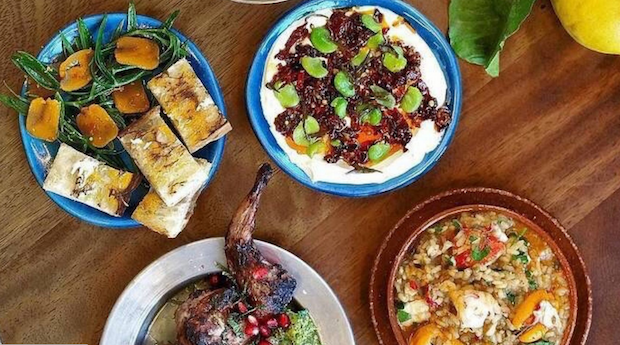 Brought to you by the chefs at Moro, the tapas-style Morito, which offers delectable Spanish–North African flavours, is a more sophisticated take on its predecessor, but there is a cost. The queue, and lack of reservations, mean a trip to Morito is best planned, unlike sharing plates restaurants like Bo Drake and Lobos, which suit the casual and spontaneous. 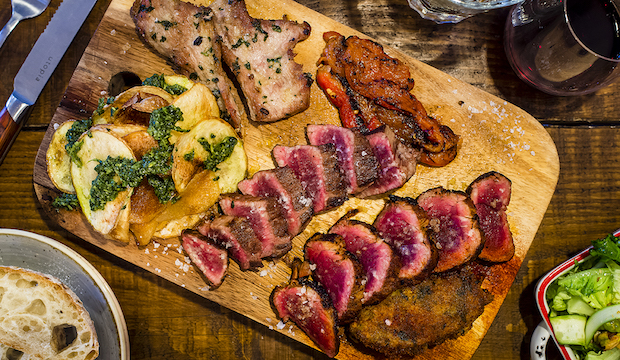 The lowdown: A mecca of fine food and conviviality! Lobos succeed in repeating their 'excellent meat, good wine and hospitality' formula in Soho, having opened two years ago within Borough Market. Both restaurants retain the authentic feel the owners set out to create, which is more dive bar than chic, but it works splendidly with the rugged cuts of meat, and unlike other sharing plates restaurants, the place just begs for a late-night visit.

Best for: A thrill-a-minute experience, thanks to entertaining waiters who know just how good this meat is. 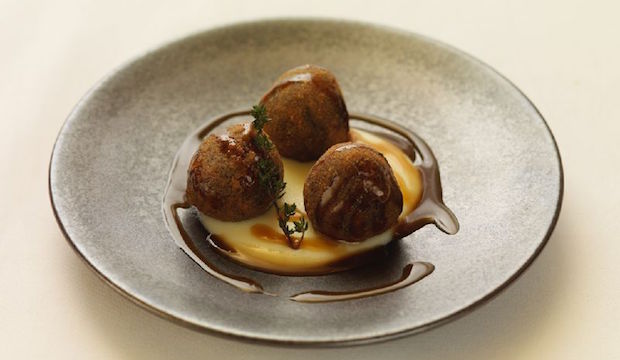 Best for: British classics made into shareable conversation points.

The Providers and Tapas Room, Marylebone 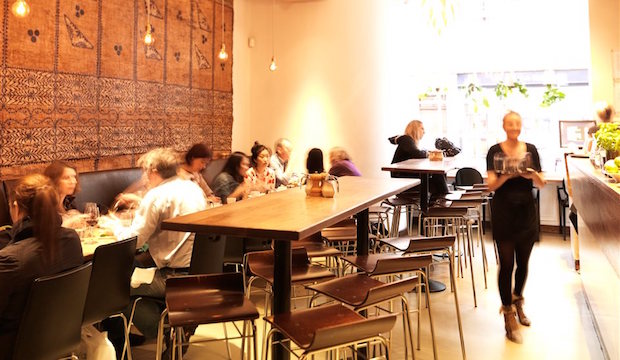 The lowdown: Renowned for their brunches, every dish at this Marylebone High Street restaurant is better than the last! Featuring an ever-evolving menu, stylish locals can't help but flock to Peter Gordon's most recent contemporary award-winning restaurant.

Best for: Contemporary and ever-evolving spins on British classics. 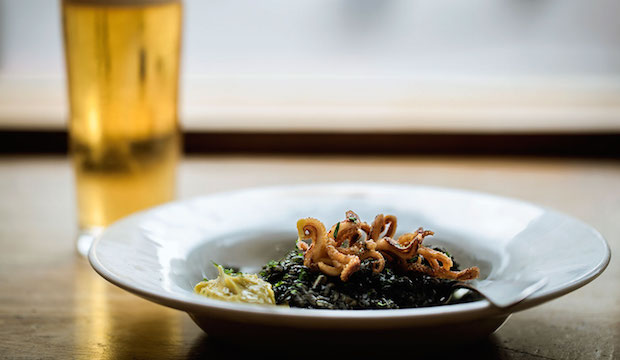 The lowdown: Brindisa is already known for serving up some of the best tapas London has seen (the Brindisa Tapas Kitchen being far the best Spanish restaurant London Bridge has to offer) Brindisa's latest opening in Soho proves to be no exception. The lowdown: The charming Spanish restaurateur has been making quite a name for himself, with a triad of new restaurants in London in the past year: First José, then Pizarro, then his latest in Broadgate Circle, entitled – unsurprisingly – José Pizarro. Spanish restaurants in London are nothing without him: try the mouth-watering rare Iberico pork.

Best for: Spectacular dry and cured meat, cut in front of you. The lowdown: Jason Atherton's sixth venture and new Spanish tapas restaurant London reviewers have already been raving about: some of the best tapas London has to offer. Rich, complex Spanish dishes, made from locally-sourced British ingredients, and cooked with the utmost care.

Best for: A rare and informal window unto Atherton's fine dining staples, served in a convivial way. The lowdown: This new Spanish restaurant London Bridge now lays claim to, is one of the new London tapas restaurants priding itself on authentic Spanish cuisine in an urban setting.

Best for: Its exemplary atmosphere, moments from Borough Market. 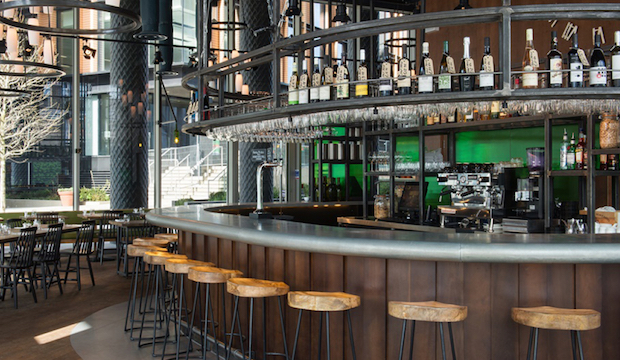 The lowdown: Not strictly a tapas bar, the new King's Cross Vinoteca restaurant is certainly worth a mention. By far their biggest venture yet, Vinoteca King's Cross boasts a seemingly endless wine list. The most serious of the new Spanish restaurants, London connoisseurs are likely to find it a firm favourite.

Best for: Small plates through the lens of wine aficionados. Naturally, you'll want to pair food with a glass or three.